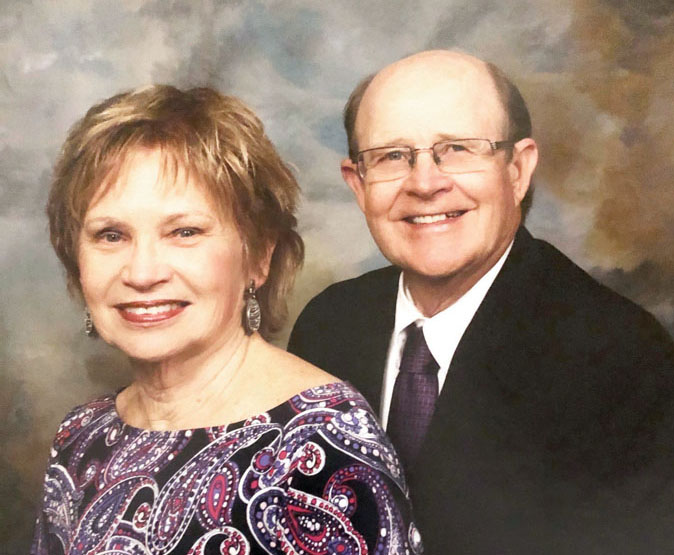 Jim Hayes and his wife Debbie

“I’ve had a Clemmons address all of my life except college,” notes Jim Hayes, a respected Clemmons community member and native. As the middle child of two sisters and two brothers, Jim explains, “I grew up like most kids during that time. We played outside. I didn’t play any organized sports back then because I lived too far from my school.”

Hayes was a hard worker from an early age. “I worked at Tanglewood Park doing pretty much everything with my dad,” recalls Hayes. “When they first put up the gate, I did security there, checked the grounds, I helped at Mallard Lake. You name it, I did it.” Luckily for Hayes he was such an active youth because he met his future wife, Debbie, when she was visiting Tanglewood with her youth group.

As Hayes continued to make plans that affected his future, college was at the top of the list. Hayes was influenced to attend Wake Forest University when he was considering college because of the messages he heard on the radio at nighttime in his family’s home. “I hadn’t been on campus until I interviewed for my scholarship,” Hayes remembers. Once Hayes visited the campus, he knew that’s where he needed to be. “I ended up choosing psychology as my major and German as my minor. Although, if I had known then that I would become a small business owner, I would have taken more business and accounting classes,” jokes Hayes.

When Hayes graduated from college he and Debbie were married. “Marrying Debbie was the first and most important decision I ever made,” reflects Hayes. Hayes decided that he would pursue a career in real estate, which lasted for two years. “It was a tough business because it was all commission based,” explains Hayes. He decided to get into a different side of real estate. He went into business and partnership with Don Angell developing nursing homes. “Don was a mentor to me. He taught me a lot,” says Hayes. “He was the ultimate entrepreneur.” Angell and Hayes spent a little under 10 years working together on development projects in the nursing home realm before Hayes worked for another company in the late 1970s for several years.

It was around that time that Hayes decided to hone his entrepreneurial skills and start something on his own. “I read magazine articles about the 10-minute oil change,” remembers Hayes. “I opened my first Qwik Lube on Silas Creek Parkway in 1981, just five years after my son Jason was born, and three years after my son Justin was born. After marrying my wife, having my children were the next most important decisions of my life.” Hayes became a successful entrepreneur; because he would go on to open other Quik Lube locations in Winston-Salem off Country Club Road, Reynolda Road, and then back in his hometown of Clemmons between 1985-1995.

When Hayes isn’t working at his various business locations, he can be found influencing the younger community. Hayes has taught fifth- and sixth-grade Sunday school at Clemmons First Baptist Church for 40 years. “I’m now teaching the children of students I once taught years ago,” explains Hayes nostalgically. “It’s pretty neat and unreal. People ask me how much longer I plan to help, but I always say as long as I can be a positive influence on someone’s life, I won’t stop.”

The Wake Forest alumnus also enjoys spending his free time supporting his alma mater in both football and basketball. “I’ve been a season ticket holder since the 1970s. I’ve gotten to see a lot of amazing players and games,” reflects the avid fan. Hayes also enjoys playing tennis with a group of players he has maintained a friendship with for almost 30 years.

While Hayes has lots of responsibilities and commitments in both his professional and extra curricular schedule, he proudly wears his grandfather hat. “I’m a grandfather three times over. As much as it’s exciting to be a parent, it’s really exciting to be a grandparent,” appreciates the grandfather to one granddaughter, and two grandsons ranging in ages from 6 to 8.

Our neighbor has always found just the right balance of life and priorities. Hayes has exemplified the importance of hard work and taking chances. As Steve Jobs once said, “I’m convinced that about half of what separates the successful entrepreneurs from non-successful ones is pure perseverance.”