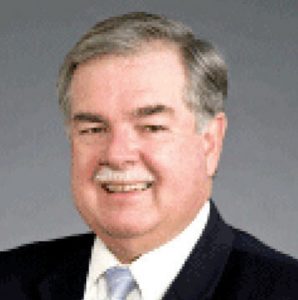 Lambeth (R-75) is senior appropriations chair, chair of Health and Human Services Committee and leads several oversight committees. “After serving eight years in the House, I have gained a position that enables me to have influence over significant legislation within the General Assembly,” Lambeth said.

“If re-elected, I will continue to focus on critical healthcare issues centered around transforming Medicaid, expanding telemedicine in rural areas and resolving the opioid crisis,” added Lambeth. “I have worked to transform Medicaid to improve care for millions of North Carolinians while reducing the cost of care through better management and coordination. This plan is being held up by the governor’s veto of the state budget,” he said.

Lambeth is a champion for public education. He supports higher teacher salaries in addition to master pay for those who have earned that extra degree. He has also sponsored legislation to improve school bus safety. Lambeth was chair of the Winston-Salem/Forsyth County Board of Education for 18 years.

A lifelong resident of Winston-Salem, Lambeth retired in 2012 after 40 years at Wake Forest Baptist Medical Center. He was president of N.C. Baptist Hospital. Lambeth was chair of the N.C. Marches of Dimes, on the Joint Commission Quality Board, a member of the board of directors of Hospice and Palliative Care in Winston-Salem. Lambeth has been selected as “Legislator of the Year” by the Public Health Directors of North Carolina and the Governor’s School.

Lambeth is a graduate of High Point University, where he was honored as Alumnus of the Year in 2012. He earned his MBA from Wake Forest University. He and his wife, Pam, have been married 46 years and are parents of four adult children and have seven grandchildren. Pam is a former teacher with the Winston-Salem/Forsyth County Schools.