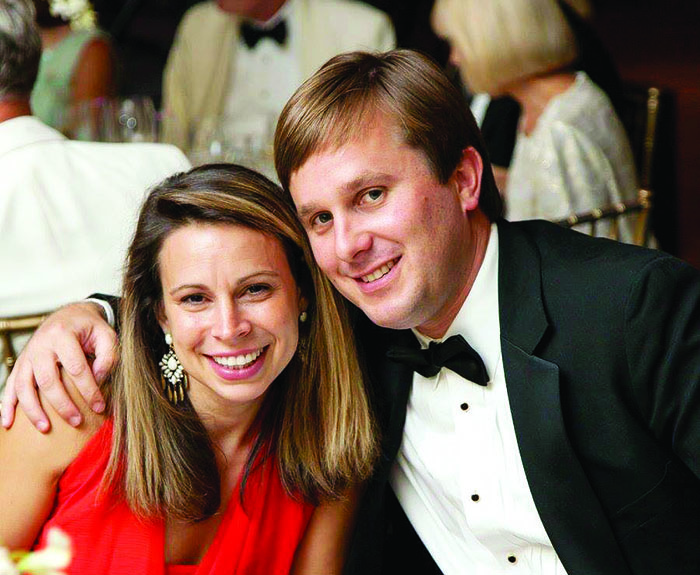 John Mark Thompson spent most of his young life growing up in the Winston-Salem area. The oldest of three children, he appreciated his life long friendships he made at Summit School. “The friends I made starting in kindergarten through ninth grade have lasted a lifetime,” Thompson mentions. After graduating from Summit School, Thompson went onto Reynolds High School where he enjoyed playing various sports — including soccer, basketball and baseball. “I focused mostly on soccer, and really enjoyed my teammates,” reflects Thompson.

After graduating from Reynolds, Thompson went onto school at Elon University. “I had considered the University of North Carolina at Chapel Hill,” mentions Thompson. “My folks thought the smaller environment of Elon University would be a good fit for me.” Thompson really enjoyed studying political science. “In retrospect, I probably should have gone into business, but I really enjoyed the courses in political science,” explains Thompson.

When Thompson was deciding what to do after his senior year of college, a huge factor in that decision was his then-girlfriend from high school, Audrey Eggers. “We had started dating my junior year of high school. We had been on and off, but I always knew she was the one,” reflects Thompson. Thompson proposed to Audrey not too long after he graduated from Elon. At the beach, Thompson had planned on a grand proposal at the boardwalk. “People kept walking by as I was trying to create just the right moment. I finally got down on one knee when we were behind a couple of cars. I just wanted it to be perfect. Regardless, she cried, and she agreed to spend the rest of her life with me,” describes the grateful Thompson.

The two high school sweethearts decided to start their lives together in the Winston-Salem area near family after college. “It was important for Audrey to be back home. I would have possibly considered going international for just a bit if it hadn’t been for her,” notes Thompson. He began his professional career at Northwestern Mutual with one of his former Summit alumnus, Bob Kluttz.

The Thompsons decided to expand their family of two with their daughters, Evy, 8, and Anna Kate, 6. “I had always thought I would also want a son, but after having my daughters, it’s just amazing. They have you with their heartstrings. If I were to have a third, I would want it to be a daughter,” mentions Thompson. “The father/daughter bond is just something so special.” Thompson enjoys spending his free time with his children. Thompson coaches their soccer teams with North Carolina Fusion Youth Recreation. “If we’re not playing soccer or sports, we’re enjoying friends, or participating at church. My girls love singing in the choir at First Presbyterian. We are also members of Reynolda,” says Thompson.

Our neighbor has always seen the balance of family and discovering your work life calling. As Mark Twain once said, “Twenty years from now, you will be more disappointed by the things that you didn’t do than by the ones you did do.”