Election filings for 2020 get underway 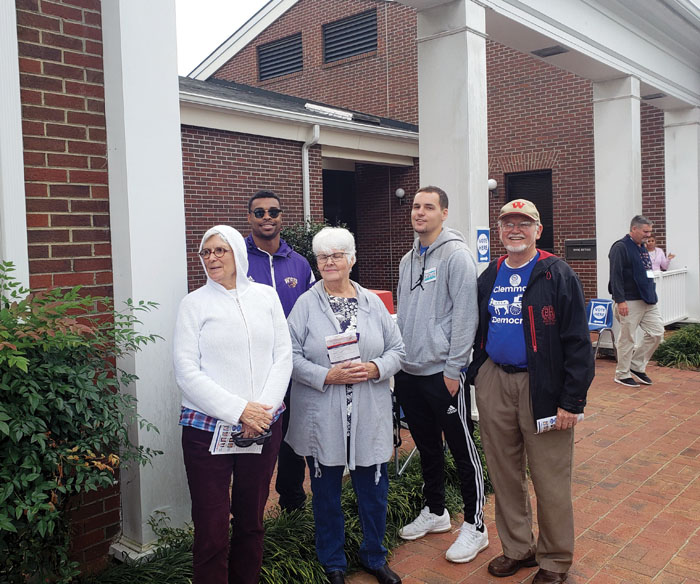 ’Tis the season for candidates to file for North Carolina’s 2020 elections, which include a number of local and statewide positions to be decided.

Actually, the deadline to file was the Friday before Christmas for the March 3 primary. Besides 2020 being a year for a presidential race, N.C. voters will decide outcomes for governor, a U.S. Senate seat, members of the U.S. House and numerous other seats. Plus, redrawing of the state’s congressional map has created other changes.

Five Democrats and two Republications are vying for the U.S. House of Representatives 6th District seat — with Bruce Davis, Rhonda Foxx, Ed Hanes Jr., Kathy Manning and Derwin Montgomery among the Democratic hopefuls, and Lee Haywood and Laura Pichardo competing on the Republican side.

Three Republicans and one democrat are vying for the restructured District 10 U.S. House of Representative seat, which includes the Lewisville and Clemmons areas. The Republican candidates are David Johnson of Statesville, Patrick McHenry of Gastonia and Ralf Walters of Winston-Salem. The Democratic candidate is David Parker of Mooresville.

For N.C. Senate District 31, incumbent Joyce Krawiec filed on the Republican side while Terri Legrand filed as a Democratic candidate. In District 32, Paul Lowe Jr. (Democrat) and Ven Challa (Republican) filed to run.

For N.C. House of Representatives in District 71, Kanika Brown and Evelyn Terry filed as Democratic candidates. In District 72, Amber Baker and Lashun Huntley are running on the Democratic side while Dan Lawlor filed on the Republican side.

In District 73, William Stinson filed on the Democratic side with Lee Zachary on the Republican side. In District 74, Dan Besse filed as a Democrat and Lewisville resident Jeff Zenger filed as a Republican.

And in District 75, there is competition on both sides with Gardenia Henley and Elisabeth Motsinger on the Democratic side, and Jacob Baum and Donny Lambeth on the Republican ticket.

Three Democratic candidates — Gull Riaz, Christopher Smith and Eric Weiss — filed for District B on the Forsyth County Board of Commissioners while four Republican candidates — Richard Linville, Terri Mrazek, David Plyler and Gloria Whisenhunt — are running on the other slate.

Democratic Gov. Roy Cooper received a last-minute filing challenge from Ernest Reeves, while Lt. Gov. Dan Forest and Holly Grange are competing on the Republican side. Steven DiFiore is a Libertarian candidate, and Al Pisano is a Constitution candidate.

With Forest not seeking re-election for lieutenant governor, six Democrats, nine Republicans have flooded the ballot along with single candidates from the Libertarian and Constitution parties.

Josh Stein filed as a Democratic candidate for N.C. Attorney General while Sam Hayes, Christine Mumma and Jim O’Neill are running on the Republican side.

Many other positions will be decided in 2020, including three of the seven seats on the state Supreme Court, including the chief justice’s position, numerous judgeships and all 170 General Assembly seats.