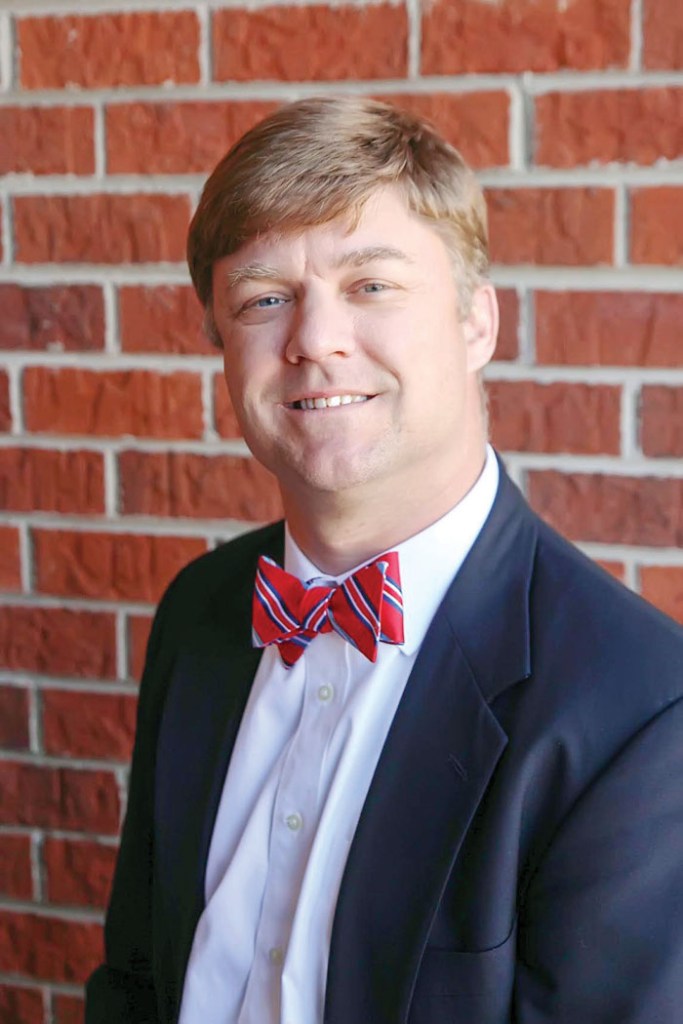 Jim Smith was born in Raleigh before moving to Hickory when he was 8. Luckily for Smith, that he did because he met his future wife, Julie, in the third grade. Julie and Jim didn’t start dating, however, until his senior year of high school.

After high school, Smith went to Western Carolina University for a year before transferring to North Carolina State University. “I had gone to a summer camp at State and learned about textile management. I thought I wanted to be a plant manager,” reflects Smith. “But, I realized pretty quickly that I didn’t want to work in a manufacturing plant.” Smith’s college adviser sent several students to intern at the United States Patent and Trademark Office in Washington, D.C. Smith enjoyed his experience so much he went to work there full time as a patent examiner after he graduated from college.

“D.C. was a great place to be without kids,” reflects Smith. Both he and Julie worked at the U.S. Patent and Trademark Office. They enjoyed all the history, culture, and activities the city had to offer. Once Abby was born in 2005, the Smiths decided the cost of living and cost of daycare was almost the same as a second mortgage. Julie, a mechanical engineer was offered a job she couldn’t refuse back in Winston-Salem. Jim decided he would stay home with the expanding Smith family full time.

Establishing their roots in Clemmons, Jim has fully embraced staying home with the kids (Ella born in 2005 and Laura in 2012). Smith has served on their parent teachers associations, coached their soccer teams, and even got “room mom” changed to “room parent,” when he served as one.

While volunteering at the girls’ schools, Smith really ignited his passion for education and wanting to help make a difference. “I decided to run for the Winston-Salem Forsyth County Board. I wanted to ensure all children had the same educational opportunities to reach their full potential,” explains Smith. Although, Smith did not win his race, he was not deterred in making a difference. He was nominated and elected to serve as the vice chairman of the Forsyth County Republican Party.

When not volunteering his time in the community, Smith enjoys the schedules of having three very athletic children. “Between the kids’ activities with dance, basketball and soccer, we have a pretty packed schedule,” notes Smith. “I wouldn’t have it any other way.”