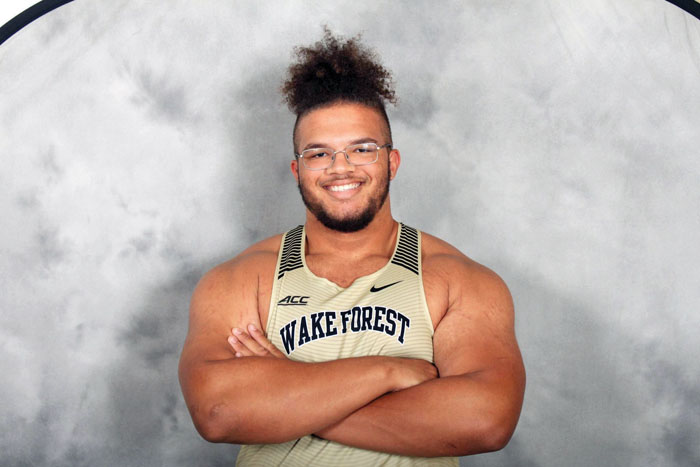 Mason Ellis knew it was a pretty good throw.

“As soon as it left my hand, I knew I hit a good one,” said Ellis, who was competing at a meet at JDL Fast Track on Jan. 25.

About a minute later, when the distance was announced, he found out just how good it was.

His throw was launched 62 feet, 4 inches and established a new state record, breaking the old mark of 61-10 that was set at the NCHSAA 4-A state championships in 2013 by John Beyle of East Chapel Hill. It is also the third best distance in the country so far this year.

It was Ellis’ second throw of the competition — his first traveled 57-10.

“My third throw may have been my best one if I hadn’t fouled,” Ellis said with a laugh. “I think it would have ended up around 65 feet.”

Ellis is ramping up at just the right time. The 4-A indoor state championships will take place on Feb. 15 at JDL, and Ellis is the reigning state champion.

Ellis said that he has changed his approach somewhat this season, which got off to a rough start in late November.

“I hadn’t been feeling too well for a few days right before Thanksgiving,” Ellis said. “I thought I just had a virus. I ended up going to the E.R. at three in the morning because I was having trouble breathing. I found out that I had pneumonia, which really set me back with everything for a few weeks. I couldn’t train, I couldn’t lift weights, I wasn’t eating anything. I lost about 25 pounds.”

Ellis said that he had been throwing consistently between 60-65 feet in the offseason and the preseason and was looking forward to his indoor season. He signed to continue his track career at Wake Forest on Nov. 14, right before he got sick.

“I ended up missing about two weeks of school because of it,” Ellis said. “Fortunately, I really didn’t miss any meets. I think I rushed myself back to compete in the first one we were going to have, though, because I was just anxious to get back out there and throw.”

That first meet took place on Dec. 5, and the results are about what one might expect.

“Terrible, just terrible,” Ellis said with a laugh. “I rushed myself back and I shouldn’t have done that. I should have just waited until after Christmas break to get back out there. I just missed it.”

“It was a frustrating time because I just didn’t feel like I was doing what I was capable of doing,” Ellis said. “I didn’t want to use getting sick as an excuse, but at the same time, I knew better. Once I got back to being consistent again, I knew I would get back to being where I needed to be.”

Ellis is looking forward to defending his title next Friday. He also hopes to win outdoor state championships in the discus, where he finished second last spring and the shot put, where he wound up a “disappointing” fourth place.

“That was definitely a goal for me this year was to be a state champion in all three events,” Ellis said. ‘Last year, I tweaked my pectoral minor right before the outdoor state meet and my shot put throws were atrocious. It hurt so much to throw that day, but I wasn’t going to miss the state meet. That’s been in the back of mind since last May and helps keep me super-motivated.” 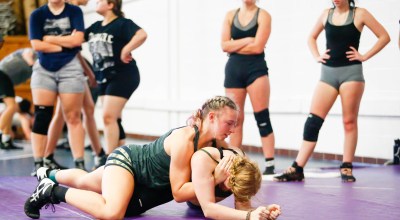