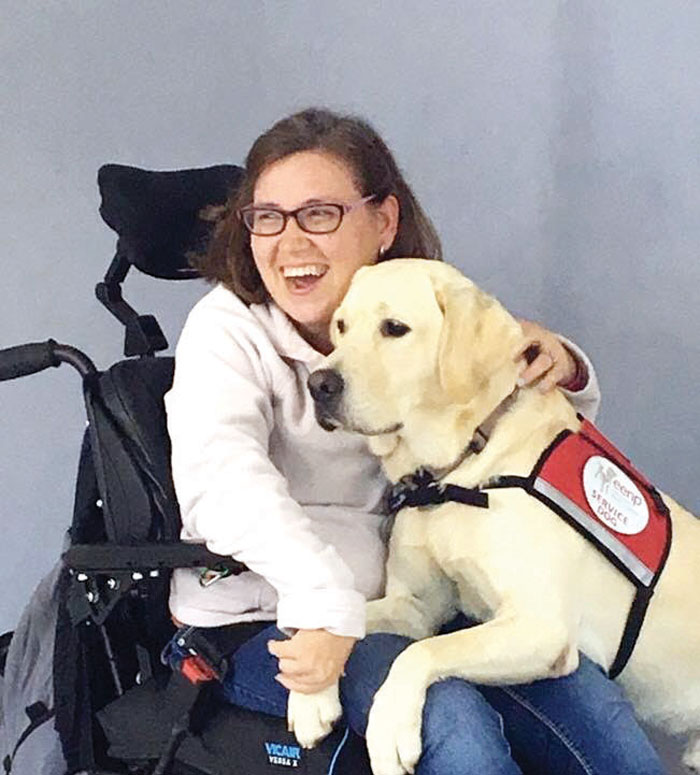 Many times, life can visit a momentous event on us. We can either let it define us or decide that one event does not make an entire life. This is the case for Michelle Rooney.  She was born with cerebral palsy. Rooney had a stroke while in the womb, which also affected her speech. That is just one part of her story, however.

When Rooney was a student at West Forsyth High School, she really took to her history classes. Her interest in history inspired her to further her education at Forsyth Technical Community College in Winston-Salem. It was during that time that Rooney honed her skills for photography. “I love taking photographs of newborns, weddings, and engagements,” reflects Rooney. Her passion for capturing memories as they happen turned into a full-time business called Faith Hope Studios.

When Rooney isn’t shooting clients’ special moments, she volunteers her time at Forsyth Hospital. She has been part of the team of photographers who capture the newborns in the neonatal intensive care unit. Rooney helps edit the photographs in the nursery and for the bereavement babies.

Rooney’s experiences have led her to write a book. Although, Rooney is in a wheelchair, she has been able to do many things that her peers, friends and family do daily. To help her with the more challenging tasks, Rooney acquired a service dog named Luke. “Luke can open doors, push buttons in an elevator, and pick things up to help me,” explains Rooney. Luke’s extensive training allows him to be helpful with medical care as needed. “He goes with me pretty much everywhere,” notes Rooney. The golden retriever and lab mix has been a constant in Rooney’s life for the past two years, and one she does not take for granted.

All in all, Rooney and Luke seem to be setting a fine example of how to define one’s life rather than letting it be designed by randomness or happenstance. Doing that requires courage, determination and gusto. Rooney seems to have been born with plenty of those things.