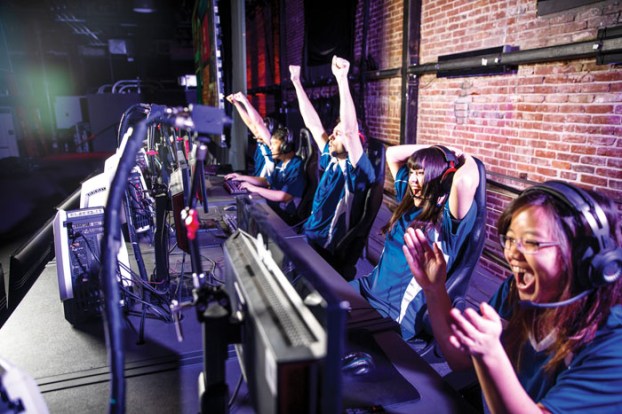 Esports carry their own set of health worries

They can be fun and lucrative, but are they good for your health? The answer might surprise you.
By Josh Jarman

Many kids want to become a professional athlete. For generations, parents have encouraged their children to pursue sports for the obvious health and team-building benefits, not to mention the occasional college scholarship.

Today, electronic sports — or esports — is the new “sport” on the horizon, and some high school students are training between eight and 12 hours a day in hopes of going pro, the Washington Post reports. And why not? Many colleges now offer scholarships for esport athletes, plus there’s also a lucrative professional circuit. Those who go pro typically range in age from 16 to 23, and some are signing multimillion-dollar contracts.

But esports can also carry their own set of health risks, including worn-out joints, tendon injuries, and carpal tunnel syndrome. Here to discuss what role sports medicine has to play when it comes to esports is Dr. Derek Bernstein, an orthopedic surgeon and hand specialist at Novant Health Orthopedics and Sports Medicine Center in Winston-Salem.

The gaming community has come a long way since the arcades of the 1970s. In fact, the global esports audience, people watching other people play video games, reached 453.8 million worldwide in 2019, according to one global esports market report.

“It’s amazing to think about the shift in popularity to esports,” Bernstein said. “When I decided to go into medicine, I don’t think the term ‘esports’ even existed.”

But the world is catching up. The National Federation of State High School Associations recently confirmed that gaming is a real sport, and some high schools now have esport teams that compete against one another.

Should parents welcome esports as an after-school activity for their child? Bernstein says that there are some health benefits.

“I was a video game player growing up and here I am now as a hand surgeon,” he joked. “For a lot of people, esports and video games can be a very enjoyable thing to do. In addition, esports requires strategic planning and fast reaction times, a trait that can help with dexterity.”

Research has also shown that playing video games can improve how the brain performs when it comes to paying attention. The study indicates that gamers require less brain activation to maintain attention on difficult tasks.

But don’t replace your child’s basketball sneakers with a new gaming system just yet. Parents should know that there are also some health risks to consider.

“If you think about the anatomy of the hand,” Bernstein said, “the tendons function like a rope and pulley system. Some of these e-athletes are doing upwards of 500 moves a minute compared to 50 in the average person. Then you compound that by 10 hours of play and the “rope” can become frayed, leaving these athletes at risk for overuse injuries such as tendon injuries, worn out joints, and carpal tunnel syndrome.”

Carpal tunnel syndrome occurs when the median nerve becomes compressed at the wrist often with repetitive movements, like typing or, in this case, playing video games. Common symptoms include hand and wrist pain as well as thumb and finger numbness. If nonsurgical treatment options fail, surgery may be recommended to relieve pressure on the nerve. Various surgical options exist, including a minimally invasive approach known as endoscopic carpal tunnel release.

It is also important to consider that while the hand muscles are hard at work, the rest of the body remains relatively sedentary during esports play. This can lead to bad posture and a tendency to over eat in the snack department.

Dr. Richard Haigler, an orthopedic surgeon at Novant Health Orthopedics and Sports Medicine in Clemmons added, “I tend to see a lot of issues related to posture. Rolled or hunched shoulders can lead to nerve or shoulder dysfunction. It’s important to monitor your posture as you play games, focusing on keeping the back extended and the shoulder blades back.”

Too much screen time can also lead to a form of addiction, more commonly referred to as internet gaming disorder by the American Psychiatric Association. Symptoms can include preoccupation with gaming, withdrawal from work or relationships, deceiving family members about the amount of time spent gaming, and the use of gaming to relieve negative moods.

Before you go pro

Bernstein encourages aspiring e-athletes to think of their sport from a holistic approach.

“For professional athletes, a 360-mindset is needed to keep them healthy and in top condition, and that also applies for esports,” he said. “E-athletes should consider a preventive maintenance program, which includes daily stretching, exercise and a commitment to good nutrition to maximize their performance.”

Bernstein added: “It’s clear that esports is here to stay. And it can potentially lead to a college scholarship or a professional career. But parents also need to recognize the health risks and know that real injuries can occur.”

If you or someone you know has a hand injury, you can trust Novant Health Orthopedics & Sports Medicine for top quality care and treatment. In most cases, minimally invasive hand surgery is performed in the outpatient setting, meaning that the patient can return home the same day.

Piedmont Federal Savings Bank board has recently elected Richard E. “Ricky” Shore Jr. and Virginia Hardesty to its board of... read more