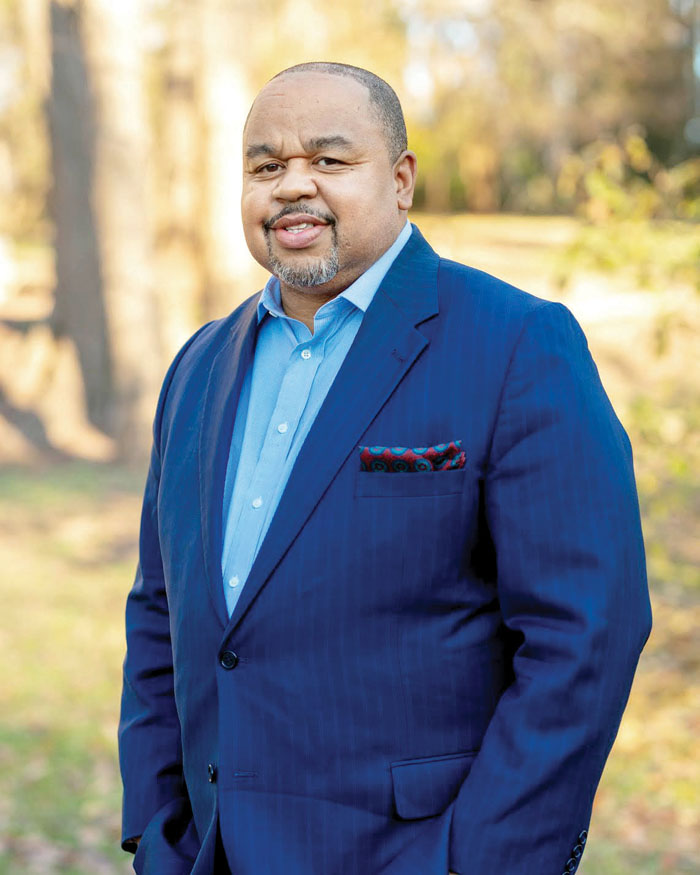 Fred Adams II learned from an early age that with hard work, great rewards came. Although academics in high school and even college came easily to Adams, he observed from an uncle through marriage the benefits of becoming a lawyer. “I remember talking to my uncle and hearing interesting cases he worked on. The discussions we had were thought provoking,” reflects Adams. “I also watched the televisions series “L.A. Law.” They worked hard, but had lots of great things come their way from it.”

Adams went to Bluefield College to begin pursuing his dream in his hometown of Bluefield, Virginia. He received his bachelors of science degree in criminal justice. Adams finished his undergraduate program in just 3½ years and also worked during that time. He decided in the fall of 1997 to attend law school at Wake Forest University in Winston-Salem. “It was definitely harder than what I expected. I wasn’t used to having to study so hard. It was a lot more reading than I expected. When your first two semesters during your first year is based on one grade it was intimidating,” mentions Adams.

Adams got into the groove of law school his second and third years. “Another appealing aspect to law school was that when I finished, I knew the degree was flexible. I had considered being a sports agent. I always have loved sports, keeping statistics, knowing who was the best at what position, and I really enjoyed it. I knew a huge part of being a lawyer was advising people properly, and I thought what an interesting way to do that.” After much back and forth on what to do when Adams completed law school, he ultimately decided to join the law firm Womble, Carlyle, Sandridge and Rice for several years.

Adams was also making other life-changing decisions at this time. He met his future wife April at church. “I had been urged to attend this particular church by several classmates at school, and I finally did,” notes Adams. They hit it off immediately, and the rest was history for Fred and April.

The newlywed decided to gain some experience in pre-litigation and litigation departments for Crumley & Associates with the focus on people injured in motor vehicle accidents. This experience was very instrumental in his opening up his own law practice, the Law Offices of Frederick B. Adams, P.C. in April 2005. “I expanded my practice to include clients who were charged with criminal and traffic offenses,” explains Adams. With three legal assistants on his team, Adams likes advocating for his clients. Adams also spends his time helping the community. “It’s important for me to give back. I’ve served as a mentor to students of all ages, particularly those students who are interested in pursing a career in law.” Adams enjoyed his time as an adjunct professor at Winston-Salem State University.

Mentoring kids is near and dear to his heart as the father of two young children, Avary (second grade) and Fred (third grade). “Being a parent is the most rewarding experience, reflects Adams. “I feel truly blessed.” Adams tries to lead by example with his children with his other service in the community. Adams serves on the North Carolina Black Repertory Company, Communities in School, and Family Blueprints of North Carolina.

While the busy father of two stays active in his community and professionally, he also appreciates everything that has come from his hard work with the people who matter most, his family. As Adams astutely noted about prioritizing family, “Nothing is promised.”