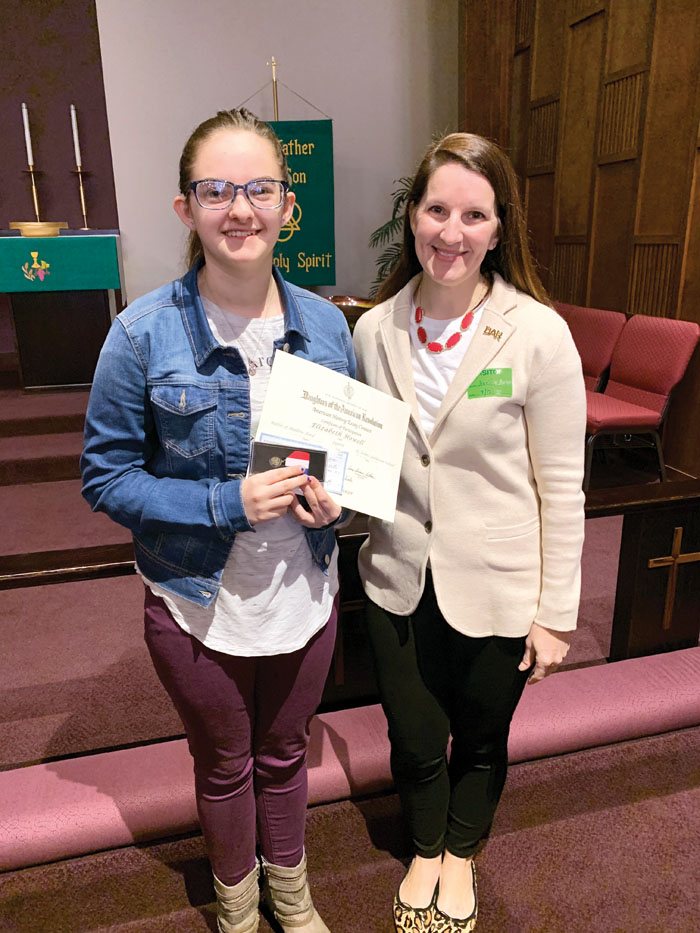 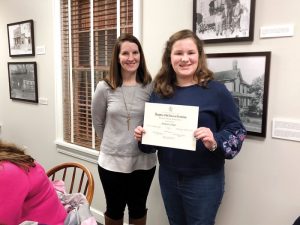 The Battle of Shallow Ford Chapter of the Daughters of the American Revolution has announced the chapter’s winners in the American History Essay Contest. In honor of the 400th anniversary of the sailing of the Mayflower, the topic for this year’s contest was “The Voyage of the Mayflower.” Students were to imagine they were a passenger on the Mayflower and, knowing what materials were available in 1620, how they would prepare for this trip and start a new life in the wilderness.

The sixth-grade winner is Abigail Page, daughter of Emmett and Sarah Page, of Winston-Salem. Page attends Oak Grove Middle School. The eighth-grade winner is Elizabeth Howell. She is the daughter of Becky Howell of Pfafftown and Jeremy Howell of Winston-Salem. Howell attends St. John’s Lutheran School. Her essay went on to also win at the district level, and is now competing at the state level.