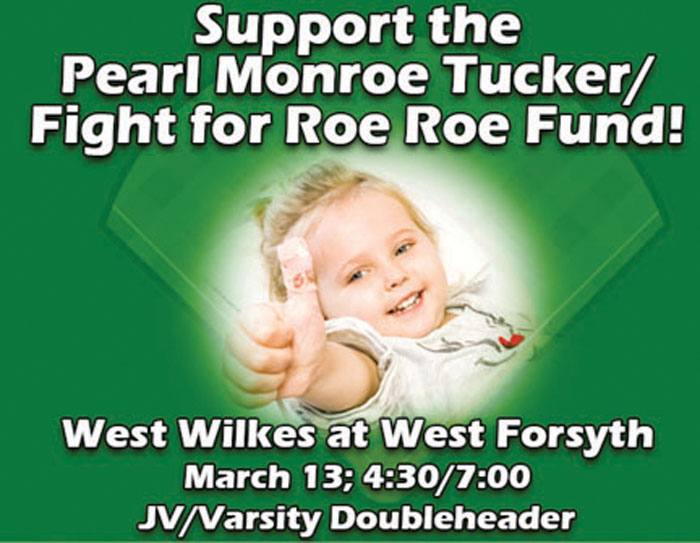 The West Forsyth baseball team enters the 2020 season with high expectations and plenty of motivation stemming from their first-round loss in the NCHSAA 4-A playoffs last year.

The Titans finished the 2019 season 18-9 and won the Central Piedmont 4-A Conference tournament, picking up wins against Reagan and Davie County in a span of 48 hours.

“We just ran up against a really good Hickory Ridge team in the playoffs, and they had a great pitcher with a great arm,” Coach Brad Bullard said. “He shut us down. That was really unfortunate because I thought we were peaking at the right time after winning the conference tournament.”

The Titans were scheduled to open the season on Tuesday night against Forbush and were also scheduled to play Wednesday against Ledford, unless Mother Nature had other ideas.

As excited as Bullard was for opening day, another game on the Titans’ schedule brought another level of enthusiasm.

West will take on West Wilkes on Friday, March 13, at home with a JV and varsity doubleheader (game times 4:30 and 7 p.m.) that will have a little something more on the line.

Meredith is expecting the couple’s third child in April and is also taking care of Roe Roe full time.

Bullard grew up knowing Meredith and her sister and has been a longtime friend of the family. Knowing about the family’s situation gave Bullard all the motivation he needed to figure out a way to help.

Hearing the word leukemia again also hit close to home for Bullard, whose grandfather passed away as a result of the disease in 2005.

“I had been following along with all the updates I saw or heard about and knew we needed to do something about it,” Bullard said. “Having lost my grandfather to leukemia, it holds a special place in my heart. We are lucky that we have a platform that can bring attention to great causes. I tell my players all the time about the importance of social responsibility and being helpful in the community, and this is just a great way for us to show our support.”

When Bullard was trying to find a viable date that would work, one of his first calls was to West Wilkes because of its place on the schedule.

“When I called the coach (Drew Ward) and explained to him what we were doing, he immediately said they were in,” Bullard said. “And then he told me he was a cancer survivor himself, which floored me. I think they are even going to be wearing special jerseys made up for this game. The support we’ve gotten for this has been great and really shows the power of community and rallying around something for a great cause. We couldn’t be more excited. Cancer touches everyone in some way. You can’t talk to anyone who hasn’t been impacted by it.”

Bullard said that the Tucker family will be in attendance for the game.

“Between Roe Roe’s treatments and the due date for the new baby, which is in April, we really didn’t have much of a window to get this done,” Bullard said. “It really all just kind of fell into place. And with West Wilkes being such a willing partner makes it that much more special. There is a fund that is set up and we’ll be collecting donations at both games that night, which will go directly for her treatments.”

Bullard is also hopeful that the Titans can have another special season.

“Our success this season will start on the mound for us,” Bullard said. “We’ve got three great arms that we will rely on and another one that will help us a lot once he gets cleared to pitch again.”

Pitchers Peyton Brown (Campbell), Connor Monroe (N.C. State) and Zach Lewis (committed to Wake Forest) give the Titans plenty of experience in the rotation, while junior Coby Warren, a left-hander, will bring even more depth once he comes back in April.

Banks Cox, a three-year varsity player, will be the catcher and brings plenty of baseball experience with him to the position.

“Banks has done a little bit of everything for us,” Bullard said. “Our battery will definitely be on of our strengths this season. Defensively, we can pick it pretty well. We’ve got good team speed and right now, our offense is still a work in progress. We’ve got six sophomores on varsity who bring some energy and excitement to the program.”

Bullard said he will also count heavily on seniors Caden Perry, Alec Munster and Tyler McDaniel as the Titans navigate their way through the always tough CPC.

“Reagan is the preseason No. 1 team in the state, Davie is always talented, and Glenn returns six or seven guys who have all played over there for four years,” Bullard said. “There aren’t any nights you can take off in our league.”

Donate to Roe Roe via: www.paypal.me/fightforRoeRoe