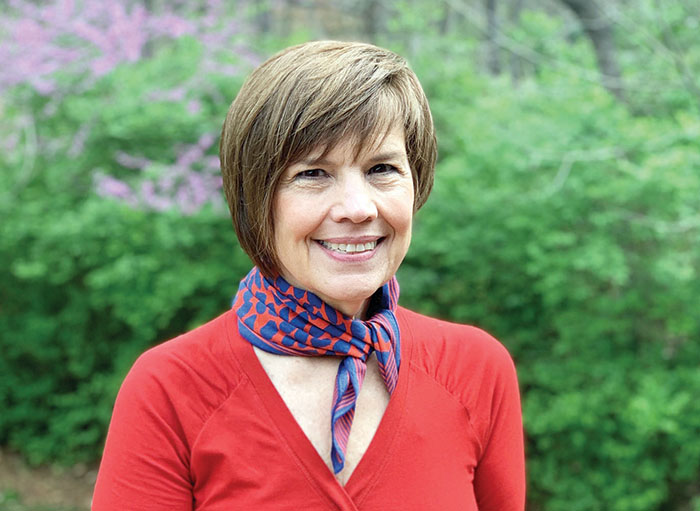 Rev. Dr. Linda Jones grew up as the oldest of five children in New Jersey. Jones appreciated her close-knit family. “We did all the normal kid things you do in the suburbs,” she reflects.

When it was time to leave her family for the first time for college, Jones initially opted to study education at Muskingum University in Ohio. “Back then, as a woman you were either a teacher or nurse. “I quickly realized that there were not a lot of teaching positions. I was searching to find meaning in my life. I decided to enter nursing school,” explains Jones.”

While in nursing school, Jones appreciated the influence her roommate had on her faith. “I attended a Bible study group regularly with her. It turned out to be influential in multiple ways. I met my future husband, Joseph, who was also a participant in the group,” recalls Jones. Joseph and Linda were married after college.

The newlyweds set up their roots in Dayton, Ohio. They also expanded their family and had a daughter and son. Jones was still very active in her faith and took a mission trip to Indonesia. “It was truly inspiring and I saw so much of God’s work in the world. It was empowering and made me feel like I had my whole life ahead of me,” explained Jones. “I came back and shared my experiences and perspective with my husband. He was eager to experience what I had found.” Linda and Joseph made plans to take a mission trip to Brazil. The couple felt they were helping others in their community and in other parts of the world as they had envisioned.

Serendipitously after the mission trip to Brazil, friends of theirs were starting a new church in Connecticut. “My immediate intuition was that we should go there and help get everything started. Joseph wasn’t quite sure he was ready to leave Dayton. I didn’t want to nag him to go. I prayed that God would show him this path,” explains Jones. Three months later, Joseph came to Linda and agreed completely that their next journey was to head to Connecticut. Joseph was able to find a job very quickly in woodworking, their house sold in a week, and things were falling into place.

The Joneses embraced their new chapter in Connecticut. Linda was working as a nurse in a school and decided she wanted to obtain her seminary degree. “It wasn’t easy or convenient. I had to drive 2½ hours away every weekend for three years with very little vacation in the summer months. Joseph took care of the kids while I did that. I made sure to study early in the morning before the kids woke up and after they went to bed. I was still helping at the church on Sundays too. We made it work,” explains Jones.

After Jones completed the seminary program, she immediately began working at her church in Connecticut. Their pastor had resigned, and she held a leadership position as they transitioned. Although, the Joneses were sad to leave a church community they helped build, they were offered an opportunity in Wilmington to do great things at Winter Park Baptist Church. For the next 10 years, Jones’ role evolved in various areas. Jones embraced her love for mission trips, the children’s education programs, among other responsibilities.

Linda and Joseph made the decision to move yet again to be closer to the grandchildren they now had. Both their son and daughter had three boys each and they wanted to be very involved in their lives. Jones also honed her passion for sharing her faith. The Cooperative Baptist Fellowship of North Carolina hired Jones as their mission’s coordinator. “I loved being part of these trips that focus on asset based community development. You speak to the leaders of various communities, learn how you can help them, and you bring back what you learn to your community. It’s such an enriching experience,” reflects Jones. Her trips have ranged from places to South Africa, Ukraine, Beirut, Barcelona, and various other locations that she credits to changing her life and perspective. “It goes beyond working with churches. We’ve set up groups that help with racial reconciliation. There is lots of advocacy that is involved,” explains Jones.

Jones decided to retire this past summer from her role as the mission coordinator. “Retiring is a funny thing. You go full tilt and then it’s a lot more quiet,” notes Jones. Although, retirement isn’t completely possible for Jones. For the past several years, Jones has also been a consultant for the women’s’ clothing line, Cabi. “What I have enjoyed about working with the Cabi brand is that it allows you to get together with friends in your home, have a glass of wine, and support each other,” says Jones. “And of course, I love the clothes and style. I will always appreciate the camaraderie of getting together with friends to support each other.”

Jones who is affectionately known as “Mimi” by her six grandchildren, says she appreciates all of the different lessons life has taught her along the way. “Life is good. It’s exactly what you make it.”