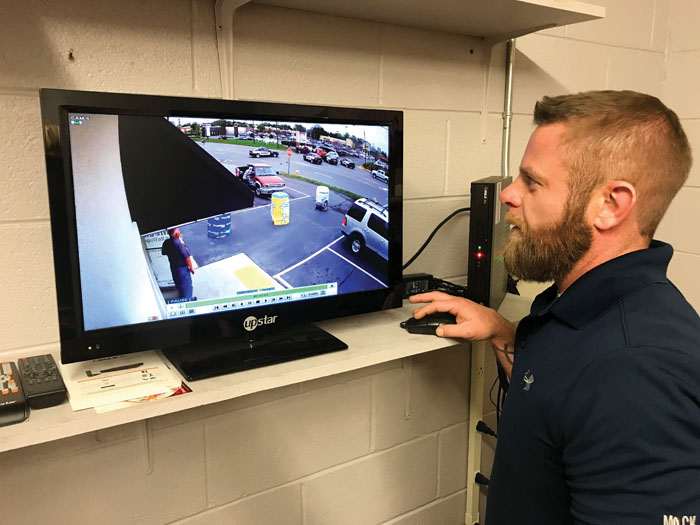 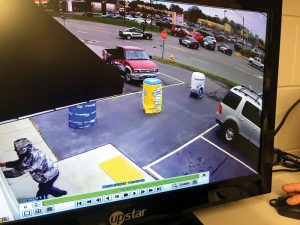 ‘It was like a hometown version Live PD right here’

Last Tuesday afternoon seemed to be a typical day at work for Jonathan Hicks. He was doing an inspection at Mock Tire at the Village, which is located on Lewisville-Clemmons Road in the heart of Clemmons, when everything dramatically changed.

“It was like a hometown version of Live PD right here,” Hicks explained when describing the scene of a vehicle chase, crash and deputy-involved shooting that resulted in a death right across the street from the business.

“I heard the sirens start, and everybody started looking out the door because usually if we hear cops, we want to see what’s going on,” Hicks said, describing his vantage point across the street from the entrance to the shopping center between Chick-fil-A and Arby’s when he saw one sheriff’s office car stopped on the busy five-lane road and a couple more coming from the other direction. “You see them flying through the Lowes (Foods) parking lot, so you know something’s got to be going on. It was like a swarm of bees out there with the Forsyth County sheriff’s. It didn’t take long for things to start happening. The whole thing, from like start to finish, was about one minute.”

Hicks had ventured outside into the small parking lot in front of Mock Tire, which borders Cephis Drive, when vehicles started to collide.

“I was helping another guy that got hit and actually drove into our parking lot,” Hicks said. “The guy that was running sideswiped his truck, and he just parked up in the parking lot. He was actually a longtime customer of Mock Tire. I bent down making sure he was alright. Then you hear them yelling, tell him to ‘get out, put your hands up.’ Then it wasn’t long after that, pow, pow, pow — gun shots. I’m not involved in that. Go the other way. I took off running toward the door here. It’s something you’ll never forget.”

Sgt. Brian Gieger, the head of the Clemmons community policing division of the Forsyth County Sheriff’s Office, said that Clemmons was the first to respond “when the call was given out to be on the lookout for this vehicle, and the vehicle was in Clemmons.”

According to the report from the sheriff’s office, after a identifying a vehicle near the intersection of U.S. 158 and Hampton Road around 1:45 p.m. last Tuesday matching the description associated with a person of interest in a missing person case with the Winston-Salem Police Department (where authorities later found the body of Toni Renee Handy at her home), deputies attempted to stop the vehicle. However, the driver didn’t stop and led deputies on a chase of about one mile through the area, including the parking lot at Lowes where the driver eventually crashed into another truck at the entrance to the shopping center.

Deputies then approached the vehicle, and shots were fired. The driver of the truck, later identified as Christopher Joel Mock (no connection to Mock Tire), was shot and later died.

Christina Howell, a spokeswoman for the sheriff’s office, said that a firearm was recovered from the scene but that there was no confirmed information on the shots fired. Four civilian vehicles were damage during the pursuit. The N.C. State Bureau of Investigation is investigating the incident. All deputies involved in the shooting are on administrative leave until the SBI’s investigation is complete.

“That is standard procedure on our part,” Howell said. “At this point, the SBI is completing their investigation. Once they have completed it, our professional standards division will then look at it to ensure that deputies followed our own policies and procedures as well.”

From his viewpoint, Hicks said he couldn’t see if the driver was shooting.

“I don’t know,” he said. “When the truck had finally came to a rest, there were probably at least six to eight officers that were coming up to him giving voice commands. He had plenty of opportunity to exit.”

It was Forsyth County’s first deputy-involved shooting since 2008.

Some 40 to 50 law enforcement officials were on the scene after the incident. Hicks said that SBI investigators spent time later in the day uploading video captured from Mock Tire’s surveillance camera.

“Believe it or not, our video caught the whole thing,” Hicks said. “That probably answered a lot of questions.”

After Tuesday’s incident, Clemmons was the starting point for another chase on the other end of Lewisville-Clemmons Road near U.S. 421 early Thursday morning that covered three counties before ending in the Linwood community near Lexington where Davidson County deputies shot and killed one of the occupants in the vehicle.

“From what I understand one of the zone guys (there are four zones in Forsyth County, including one that includes Clemmons and Lewisville) observed the car speeding and that’s when the chase started,” Gieger said, “And of course, it happens to be in Clemmons, so one of the Clemmons deputies got involved with it as well.”

According the Sheriff’s Office report, a Forsyth County Sheriff’s Office deputy observed a silver Mercedes SUV, which was reported to be stolen, that was excessively speeding just after 3 a.m. last Thursday morning on Lewisville-Clemmons Road and refused to stop. That resulted in a chase that ultimately went from Forsyth County into High Point, Greensboro and then into Davidson County, including Thomasville and Lexington.

One of the occupants was declared dead at the scene, and a second occupant was injured and transported to a hospital while the third occupant was taken into custody.

The SBI, as is standard procedure, is investigating the deputy-involved shooting.

It was certainly a most unusual stretch for Clemmons deputies being involved in two serious incidents in the span of just a little more than 36 hours last week.

“We just did the best we can,” Gieger said. “We all work together.”