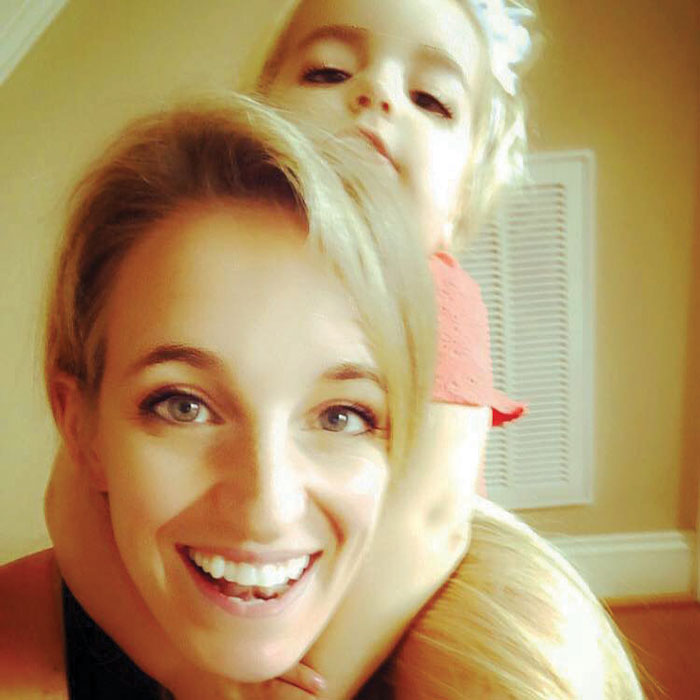 Lauren Urrea grew up in Roanoke, Virginia, as the older of two children. A huge fan of sports, Urrea played everything possible. “I liked the team aspect of organized sports and working towards the same common goal. It’s such a great metaphor for life,” recognizes Urrea. She also enjoyed the competition aspect found in competitive swimming. Sports helped play a role for Urrea when she was deciding which undergraduate university to study pre-medicine. “I had narrowed doing my choices to James Madison University and Virginia Tech,” recalls Urrea. “My dad took me to a football game at Virginia Tech and it was like a light bulb went off. I knew that’s where I needed to be.”

Urrea felt confident in her choice of pre-medicine. “I always knew that I had a desire to help people,” Urrea explains. “Initially I started out in chemistry but quickly discovered biology was the route I felt most comfortable. I also minored in Spanish.” Urrea’s high school sweetheart, Mateo, and future husband’s first language was Spanish. “I figured things were getting serious and that I might as well learn his language.” Feeling confident in her academic choices, Urrea made a trip to Haiti that would solidify her desire to pursue a medical career. “When the earthquake happened in Haiti my junior year, I got a real quick crash course on how to do vitals, remove sutures, and evaluate people while working out of an orphanage. I knew for certain that I wanted to pursue medicine,” notes Urrea.

Lauren and Mateo had dated on and off during their college years. However, towards Lauren’s senior year they began getting serious again. “We learned that we were pregnant. I had my oldest daughter the summer I graduated from college,” reveals Urrea. “Prior to learning of our pregnancy, I had intended to go to medical school in Norfolk, Virginia. I realized that my daughter would be 12 when I was done with everything and able to practice medicine. I had to make a decision really quickly to change my direction from medical school to becoming a physician’s assistant. I had never heard of that before. But I quickly realized it would allow me more flexibility with being a mom and still allow me to practice medicine.”

Urrea took on being a new mom while simultaneously applying to Jefferson College of Health Sciences to shoot for her graduate program. “Before starting my physicians assistant program, I had to take a few pre-requisites. Luckily, I was able to start nine months after I was accepted,” says Urrea. Mateo and Lauren also made some other big life changes as a family. They got married when their daughter, Adrianna was two. “We also found out we were pregnant with our second child, our son, Lucas during my last year of graduate school. I’ve been very fortunate in that I have tremendous family support,” says Urrea.

Urrea’s support system gave her the confidence to accept a job at Elkin Pediatric and Adult Medicine in 2016 a few hours away from where she spent her childhood. “I had graduated in mid-December and we moved to the area in February. “It has been so rewarding working with my patients. It’s especially meaningful when someone comes in with a concern that has been life altering to them and I’m able to fix it,” explains Urrea. Her passion for positively impacting her patients also includes dedicating her time to doing ultrasounds for girls facing crisis pregnancies. “Often times I’ll go on my lunch break to help out when they need extra people. It’s something near and dear to my heart and a way to give back.”

Giving is something that comes naturally to Urrea. She also believes that it’s a good example to set for her children. “Being a parent has truly taught me grace. At the end of the day you can sometimes feel like you’ve done the worst job and failed them — but then they tell you how much they love you and think you’re awesome. It’s the most amazing thing ever how quickly they forgive and adore you for just being you,” smiles Urrea. “I didn’t expect that.” The Urreas added one more child to their family two years ago, a daughter, Alexia to complete their family of five.

Our neighbor has never ceased to stop reaching for her own goals while keeping what matters most on the horizon. As Abraham Lincoln once observed, “Discipline is choosing between what you want now and what you want most.”