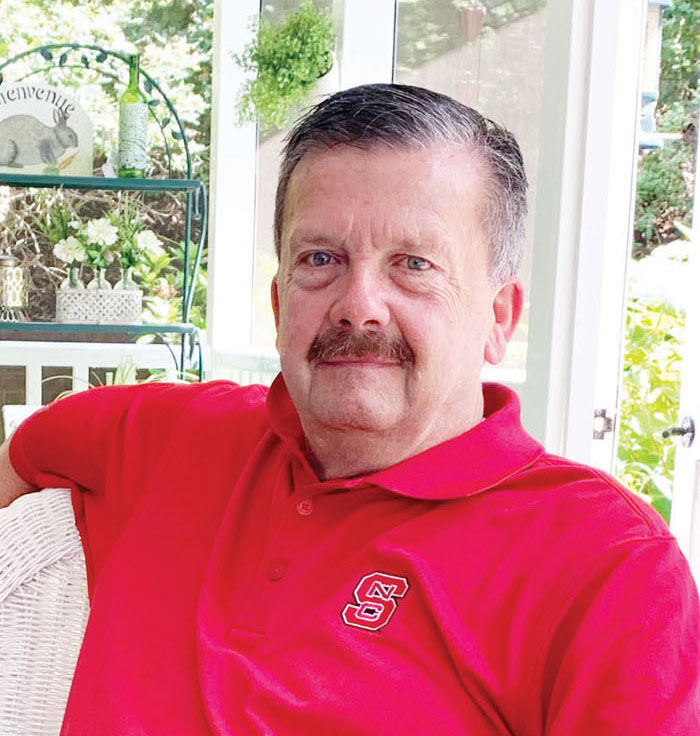 Robin Wilson was born and raised in Forsyth County in the small town of Dennis. The older of two children, he was eager to put some of his childhood influences to the test when he went off to college at North Carolina State University (NCSU). The first generation of his family to attend college, he notes, ”I had been around mechanics all of my life because my dad was a diesel mechanic. I had thought about being a pilot but it was the time around the end of Vietnam and there weren’t many opportunities available. So, I decided to become a mechanical engineer.”

The NCSU student spent all four years of his undergraduate studies living in the Bagwell Residence Hall, room 106 with the same roommate. “I graduated in nine semesters and didn’t take any summer school,” explains Wilson. “I was fortunate because NCSU had quite a robust recruiting program where they had major manufacturers come in and interview the engineering students. I had spent all my summers and school breaks during my school years working for the Duke Power Belews Creek Power Station. It was such a great experience.”

Wilson’s education and professional experience made him an attractive recruit for the General Electric Company (GE) when he graduated from NCSU. “Heading to Schenectady, New York, was a bit of a change for me,” remembers Wilson. “Up there at that time, it was very much of importance what your European heritage was. It made a difference who you hung out with. That was very different from down south where I was raised.” Another difference in Wilson’s life was his extensive traveling schedule. “I traveled quite a bit as a field engineer working in power plants, U.S. Navy and civilian ships which put me in places domestically and overseas,” recalls Wilson. “I really enjoyed working on the U.S. Navy bases in their nuclear submarine and aircraft carrier program,” says Wilson.

While the travel and new experiences was a huge perk as a single working professional, Wilson wanted to establish roots in his hometown once he met his future wife, Dorothy. “I met Dottie in 1976 and was drawn to her beautiful brown eyes immediately. We began dating through long distance, but I knew that it was time to move home to start our lives together,” reflects Wilson. Wilson left GE in 1977 and started working at the R.J. Reynolds Tobacco Company (and did so for 35 years before retiring in 2012) as an engineer. A few years later, Wilson was contacted by the U.S. Navy to join a program called the Engineering Duty Officers, which required a 5-year qualification program. Wilson’s technical background, experience on key Naval products, and security clearance level made him a valuable reservist. Wilson devoted 27 years to the program with multiple tours to Iraq. “I’m blessed to say that I’ve retired both from R.J. Reynolds and the U.S. Navy,” notes Wilson.

Wilson’s retirement includes spending much time with his family. He and Dottie’s two sons live locally, which allows them the opportunity to spend quality time with the ones who matter most to him. “Family is very important to me. Collective faith is also important to me,” says Wilson. Wilson also relishes in being a grandfather to his 2-year-old grandson. “I learned from the onset of being a parent that my children gave me a reason to work harder and try to be a better example. It has been one of my greatest pleasures in life,” smiles Wilson.