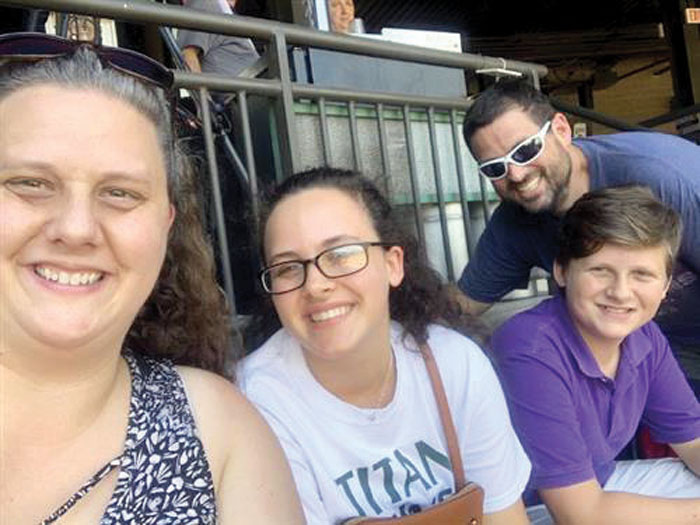 Carissa Bryant is the daughter of Theresa and Chris Bryant. Her brother, Daniel, is an eighth-grader at Hanes Magnet Middle.

Each year, the school system recognizes elementary, middle and high school students who do an outstanding job of displaying characteristics that exemplify character education.

On June 1, the 2019-20 Character Education Award winners for Winston-Salem/Forsyth County Schools were announced.

The high school award winner is Carissa Bryant who is a junior at West Forsyth.

The middle school award winner is Daniela U. Mendez-Barbosa who is in the seventh grade at Wiley Magnet Middle School.

Schools throughout the school system nominated to students who embody such character traits as: 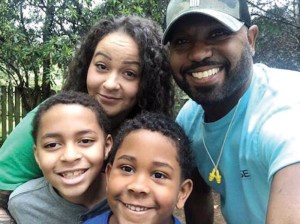 Drake James is the son of Detrich James and Cortni Anthony.

Drake James is the son of Detrich James and Cortni Anthony. He was nominated by Jefferson teacher Marcia Warren.

School counselor Eva Bishop said: “Drake’s strong and positive character is well-known by the adults throughout our building. Consistent praises have been shared about how his teachers and classmates know him for being trustworthy, honest, responsible, and hardworking.”

”In addition to those attributes, he is one of the kindest and most compassionate students we have. He is always ready to give a smile and encouraging word to those around him. He’s a fantastic human being.”

Here is an excerpt from the nomination submission:

Jefferson Elementary School third-grade student Drake James was nominated for the Character Education Award by his teacher, Marcia Warren. Warren indicated that Drake exemplifies several character traits every day while interacting with classmates as well as with adults. The most notable is that he is so consistently modeling best behaviors and the other students can depend on him for support in the way of friendship, as well as academic support. He has incredible self-discipline. He does not tattle and get upset with other students; he just proceeds providing an example for others to follow. He just does it because it is the right thing to be doing. So not only is he self-disciplined, but he shows the highest integrity. He is respected by the entire class, and they can count on him for advice and feedback. When we are outside with the whole grade level, I notice that many students from the other classrooms seek him out to play or talk. The friends he has made in the previous grades still seek him out.”

His principal Debbie McIntyre states, “Drake is a compassionate servant student leader at Jefferson Elementary School. From kindergarten to third grade, Drake has demonstrated a true care and concern for others; outstanding good manners; and a strong work ethic. …Drake listens to others and seeks to understand their point of view. He works to find a win-win solution when there is a problem. Each day, he strives to be proactive; put first things first; and to reach his academic goals. I have watched him grow from kindergarten to third grade and Drake has consistently offered his kindness and care to others. I am thrilled that Drake is being recognized as the WS/FCS Character Education Award Winner. Drake is truly a role model for living out our habits and being a true student leader. Our school family is so very proud of him!”

His third-grade teacher Jessica Wright shares, “This award could not go to a more deserving person. Drake is the kind of person you genuinely want to be around because he continuously impacts situations positively with his character and attitude. His thoughtfulness and willingness to treat others with kindness is outshone by none. In the classroom, Drake is always setting a good example for others by making good academic choices and being a friend to all. He’s the kind of person you never forget.” 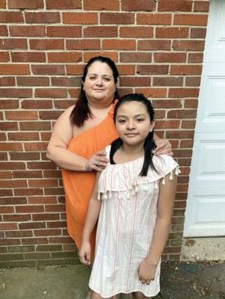 Prtichard said, “Wiley is so excited that Daniela was chosen for this award. She is a constant role model and positive influence on all that she encounters. Congratulations Daniela, you are more than deserving of this recognition and we could not be prouder.”

Catherine Pritchard, school counselor at Wiley Middle School, nominated seventh-grade student Daniela Mendez-Barbosa for the middle school Character Education Award. Her nominations submission indicates this student exhibits all the qualities of the ideal recipient in a quiet, self-restrained way. Her relationships with others are positive and she brings out the best in others. She avoids temptation, which in itself, is courageous.

Perseverance and self-discipline are also qualities I have observed in this student more than once. Responsibility and integrity seem to come easily to this student. She is careful with both her words and actions. She has high expectations of herself and assumes others do too. She doesn’t make excuses or put herself in uncompromising situations. She takes criticism well and always strives to make all her efforts her best efforts. When we get a new student, she befriends him/her without hesitation. When she does group work, she listens, contributes and is respectful of the input of others. She does not engage in middle school “drama” and is slow to judge.

This student is a kind person, who is truly a joy to teach. She works extremely hard in the classroom and will patiently help her classmates. One of her greatest characteristics is how caring she is towards others. Her thoughtfulness made a difference for me and for others. In addition, to her gift giving spirit she truly cares about helping others. Her caring nature helped the other students feel comfortable asking for help and encouraged the student to continue working harder. Her caring nature helps other students to grow.

This student is the sweetest, kindest most hard-working child I’ve had in a while. She is so helpful to me and willing to go the extra mile when needed. She has never shown disrespect to classmates, to teachers or staff and has the best manners. She works hard in class and tries her best on every task assigned to her.

While this student’s spirit shines and brightens every day she is humble, intentional, and sincere. She deserves to be recognized for who she is, a remarkable character, and the impact she has on others. She’ll never see it coming but none who know her will be surprised. 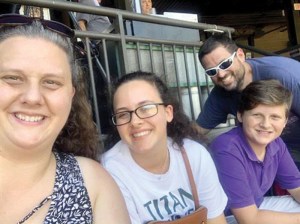 Carissa Bryant is the daughter of Theresa and Chris Bryant. Her brother, Daniel, is an eighth-grader at Hanes Magnet Middle.

Carissa Bryant is the daughter of Theresa and Chris Bryant. Her brother, Daniel, is an eighth-grader at Hanes Magnet Middle. Carissa was nominated by school counselor Sean Sandag,

Theatre teacher Renae Hubbard said: “I have taught Carissa Bryant for two years in theatre arts and directed her in our school musicals. I have truly enjoyed working with Carissa one on one due to her positive outlook and dedication to her work. What makes Carissa stand out is her kind and collaborative spirit. As a leader she has made this evident by making everyone she works with feel welcome and heard.”

Sean Sandag, school counselor at West Forsyth High School, nominated 11th-grade student Carissa Bryant for the district Character Education Award. His nomination submission reflected: In my observation, Carissa genuinely celebrates the success of others and builds people up around her. She does not judge people and approaches everyone with an open mind and heart. Carissa is a leader who is highly intelligent and compassionate. She shares her abilities with others through tutoring classmates. Carissa does not let fear of failure hold her back from accomplishing her goals. She embraces adversity and is willing to take risks to better herself and the lives of others. I have seen her easily adapt to new situations outside of her comfort zone.

Sandag indicates there seems to be endless ways that Carissa makes differences in the lives of others. She serves meals to visitors at Samaritan Ministries during the holidays and collects money for the organization through the Penny Campaign. She focuses on honoring veterans by serving food and performing other essential duties at the Local Elks Lodge. In addition, she spreads kindness and gratitude to veterans by writing thank you cards that get distributed throughout North Carolina. She also extends kind words to patients at Brenner’s Children’s Hospital through Christmas and Valentines Cards and makes friendship bracelets for these patients as well. Carissa is highly accomplished in Girl Scouts as she was awarded the Bronze, Silver and Gold project awards. She is hands-on and where she is on the front lines of service activities such as the numerous times she participated in community services projects including at her church.

Carissa absolutely radiates positivity and can easily turn someone’s day around. Her energy is infectious and influences others to do social good at school and within the community. She utilizes opportunities of service at school to extend in her local community and across the state. She sees where there is a need and finds a way to help. Her science teacher, Ann Atkins, states “Carissa is delightful….Carissa is a student who always goes above and beyond what is asked. She is positive, kind, and caring, and she is a wonderful role model for other students.”