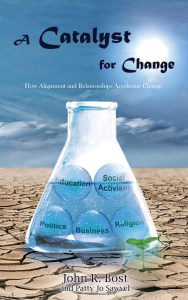 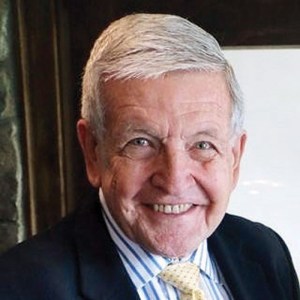 When former Clemmons mayor John Bost began writing his book, “A Catalyst for Change,” he had no idea how timely the messages in it would be for a world dealing with both a global pandemic and serious racial tensions. Bost has lived a rich life during his 72 years which has included being a high school teacher, a school administrator, a church leader, and an entrepreneur with his own consulting and real estate firm for the last 23 years. He also served as the mayor of Clemmons for three terms from 2007-2013.

Bost, a first-generation college graduate, who grew up in a blue-collar household, went on to eventually earn two post-graduate degrees.

His many life experiences have led him to make difficult decisions involving major life changes and career moves that have involved significant risk. His book is quite motivational as he shares his life story, interwoven with leadership principles and ideas for effective communication and the development of relationships.

Bost builds this theme around what he refers to as the “three brains.” They are the “gut,” which provides critical discernment; the “heart,” housing core values; and the “head,” the brain, which is the most negative but critical in determining risk management strategies. When the gut says “yes,” the heart is not violated and the risk is manageable, it is important to “act.”

These and other principles discussed by this life-long learner, Bost attributes to shaping one’s uniqueness. “Relationships are everything,” he noted, and he expanded on this by saying, “To be a catalyst for change requires being “others-oriented” and putting service over self. This is a theme that is presented throughout his book.

“A Catalyst for Change” is co-authored by Patty Jo Sawvel. She and Bost met while working together on various projects involving the opiate addiction crisis.

The book focuses on five sectors where Bost advocates “mastering the lever of change.” Those areas are education, social activism, politics, business, and religion. Bost has had professional experience in all five of these areas so he is able to offer unique insights as to how to be successful in each of them.

There are a number of endorsements at the beginning of the book from local and regional leaders including one from Allen Joines, the mayor of Winston-Salem. He wrote, “John has had a major impact in a number of areas in our community, across all socio-economic sectors. In doing so, he has embodied his strong beliefs as a Christ follower and always demonstrates amazing character and competency.”

While Bost credits many people for his successes and for standing by him during his interesting life journey, he is especially grateful for the support he has received from LaDonna, his wife of 47 years. In his acknowledgements at the beginning of his book, he writes, “Yes, beside every good man there is a good woman, in this case, LaDonna Setzer Bost. I owe her in ways that only God in heaven knows and for that, I trust there are treasures laid up in heaven for her.”

When interviewed for this story, Bost recalled how his wife was always willing to support his numerous career changes and made significant sacrifices that included living in a small transitional home. He determined that he would one day build a nice house for her, and in 1996, he worked with a contractor to build their home in Village Grove where the couple still resides.

Just before Bost was about to publish his book, it became apparent that much of what he had written was relevant to what was happening in the world due to the onset of the pandemic. As a result, he decided to change the title from “What If It’s Not About the Money” to “A Catalyst for Change.”

Sandi Scannelli is the president and CEO of the Clemmons Community Foundation. She commented on the timeliness of Bost’s book with these thoughts: “What is remarkable is the almost prophetic timing of the book. John has been working on it for a year, and many of the issues that became his ‘calling’ and energized his leadership journey became national and global conversations in the very month that his book was released. John has had a rare deep journey into all the sectors that he writes about. Throughout his life and seemingly intentional, he found and fostered relationships and connection among and between the sectors all along the way that advanced a vision for the community. The book is rich with historical detail, self-deprecating humor, poignant moments, faith inspiration, and wisdom that applies to all of us in the community.”

“A Catalyst for Change” was published in early June, and it can be purchased on Amazon.com.