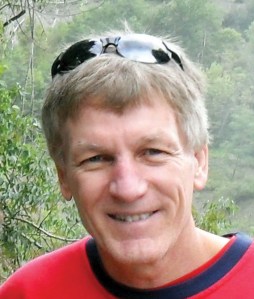 By Tim Istock
For the Clemmons Courier

Earlier this afternoon, while sitting in my car at an intersection minding my own beeswax and waiting for the light to change, a fly flew in through my open passenger side window and landed on my dashboard. After a minute or two of taking off and flying head first into the windshield, walking around in circles on the dash and banging into the windshield again, the fly, who had to be suffering a serious migraine by now, made a mad dash for the back of the car, where it spent the next five minutes or so walking upside down on the ceiling, buzzing back and forth from one side of the car to the other, and periodically smashing its little proboscis into the rear window. Mercifully, following a couple more minutes of this chaotic buzzing and banging, the fly happened upon the open window through which it had entered and scooted out to freedom.

OK, so what, right? I realize full well I’m not the only motorist on the planet who’s ever experienced a close encounter of the fly kind. Still, as I watched this frenetic fly cruise into my car, knock itself silly, and cruise back out again some 10 action-packed minutes later, I couldn’t help but wonder about a few things.

For starters, how did the fly end up a passenger in my car in the first place? Good question, and without talking to the fly, of course, I will never know for sure, but I have a couple of theories.

1. The fly was planning all along to visit relatives on the other side of town and my car just happened to be the first one available when it set out looking for a ride.

2. Flying in and out of open car windows at intersections is a popular but dangerous game young flies like to play, and even though they’re continually warned by their parents that such risky shenanigans may one day get them into big trouble, thousands of young flies are tragically separated from their families each year when they dart into cars, become disoriented by what appear to be wide open escape routes, but in actuality are clear glass windows, and are unable to find their way out until they are miles from their home.

3. The fly found itself in my car purely by accident. Maybe it was buzzing home from a hard day at the dumpster, its tiny fly cortex blissfully preoccupied with visions of half eaten chili dogs dancing in its mind, or, maybe it was heading across the street to visit friends who had just become the proud parents of a few dozen maggots, and instead of paying attention to where it was going, it just kind of turned where it always turned when flying through that particular part of town, only this time there was an open car window where usually there was only empty airspace, and before it could say, “Holy compound eyeglasses Batman!” it was boogying off into the sunset in a strange, mobile house of mirrors.

Now let me tell you, the way this fly was carrying on I seriously doubt it was simply hitching a ride across town. Had it been, I suspect it would have coasted in, scoped out the rather impressive selection of stale crumbs and other toxic food remnants nestled on the rear floor mats, and treated itself to a scrumptious mid-day snack and little R&R until reaching it’s final destination.

Instead, this winged wanderer was pitching the kind of fit that suggested its fortunes had just taken a major turn south and might get a whole lot worse before it was all over, which leads me to believe its guest appearance in my vehicle was hardly by design.

That being the case, the next logical question is, what’s going to become of this hobo housefly now that it has succeeded in jumping ship a good 80 gazillion fly miles from it’s home.

Is it destined to get the tar beat out of it by virtue of its status as the new fly on the block? Will it attempt to find its way back home, or simply accept the fact that it’s likely never to see its family again? Maybe it will meet a new mate, settle down and start a new family, and end up telling its grandflies about the dumpster where it grew up and about how it came over from the old country on a 2006 Toyota Highlander.

Then again, maybe after a few restless months of drifting aimlessly from one garbage can to another, it will get the urge to get back out on the open road again and commence to hanging around on street corners, wings turned up, pierced antenna, and thorax emblazoned with a “Flyboys Rule” tattoo, looking for an open car window.

Letter to the editor — July 9