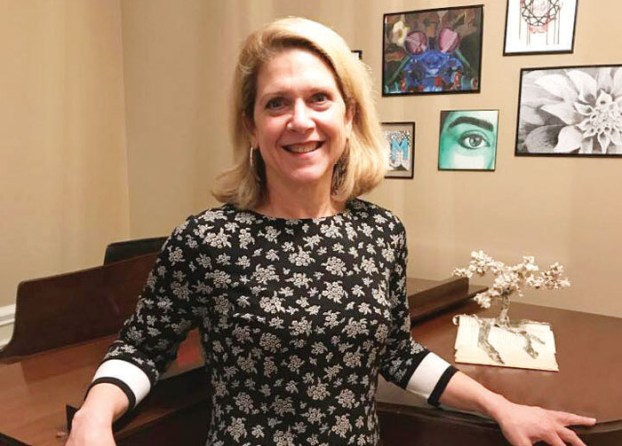 The youngest of six children, Monica Chamberlain learned the value of family early on in life. “I couldn’t imagine being my parents and trying to take care of six kids. My oldest brother was only seven years older than me. There were always a lot of people around all the time, “reflects Chamberlain. She grew up in upstate New York. “Like most kids during that time, we were outside a lot. I think that’s where I developed my love and appreciation for being in my garden.”

Though Chamberlain spent most of her time during her childhood in Auburn, her family moved around a lot during high school. “I went to three different high schools. It was a little disruptive to get established. But what it did teach me was that there were good people everywhere. It helps me appreciate different people and places,” remembers Chamberlain. “I had taken up the flute and enjoyed being in the band during those times,” mentions Chamberlain.

After Chamberlain finished high school, she headed to college at the University of Massachusetts in Amherst for a year. “After my first year of college, both my mother and sister had moved to Tampa, Florida,” remembers Chamberlain. “I decided to join them and left school to immediately begin working,” explains Chamberlain. She got a job for a telecommunications company that was a predecessor to Verizon when she was 19. “They taught me how to program computers,” says Chamberlain. “I eventually ended up getting my degree in my 30s at the University of South Florida in Tampa.”

Chamberlain decided after gaining valuable work experience and a degree in Tampa that it was time to make a change. “By that time, in 1995 Tampa’s crime rate was going up, gangs were a problem, and you couldn’t get away from it,” notes Chamberlain. She had also become newlywed, and was contemplating starting a family. “My oldest daughter, Lucy, was born in 1996 and my youngest child, Zoe, in 1998,” remembers Chamberlain. “Your life changes when you’re a mom. You are fearless when it comes to advocating for your kids.”

Chamberlain learned firsthand the importance of gaining that newfound perspective. “My daughter Lucy was born with Asperger’s Syndrome. She’s incredibly brilliant. She was reading when she was three years old but she struggled with social skills and didn’t have a filter,” explains Chamberlain. “Not everyone understood that and she was teased. We pulled her out at the school she was in during third grade and enrolled her in Forsyth Country Day School where she had a shadow to help her with the social aspect. By 10th grade, she no longer needed her aide. We had a wonderful experience.”

Chamberlain navigated parenthood as a single mom. She and her husband had divorced when Lucy and Zoe were young. “Six months after Zoe was born, I was working for then-Wachovia (which has since become Wells Fargo) when we were navigating Y2K. It was an interesting time then. It has been a great company to work for because there has been so much flexibility as a mom,” says Chamberlain, who still currently works for the company.

Chamberlain’s children are both now grown and so family time with them as young adults is different. “Zoe and I went to Europe together for my first time in 2018. We went to see Paul Simon in London on his farewell tour. We loved going to Paris, France and exploring the culture,” remembers Chamberlain.

Although, with COVID-19, Chamberlain has had to halt her traveling adventures, she escapes to new places through her passion for reading. “If I’m not reading, I’m enjoying time in my garden,” says Chamberlain. She anticipates the time where she can resume traveling to new places.

Another point of anticipation for Chamberlain is getting back into her regular church activities at River Oaks Community Church in Clemmons. “I get to work with the infants. I move with them as they grow and get older too, so it’s a real bonding experience. Children are just so pure and honest. We haven’t been able to meet in person since March 1, and I miss it tremendously. It’s always been my favorite hour of the week working with those children,” remembers Chamberlain.

Chamberlain still is able to give back to the community in other ways in the meantime. Chamberlain is a foster for kittens that have been abandoned through the Humane Society of Davie County. Over the past few months with COVID-19, Chamberlain has saved several litters of kittens by taking them into her home and helping them find forever families.

Our neighbor has always placed an emphasis on enhancing the world around her, even during these uncertain times.

By Mandy Haggerson For the Clemmons Courier Dr. Scott Tonidandel grew up in a family where hard work paid off... read more