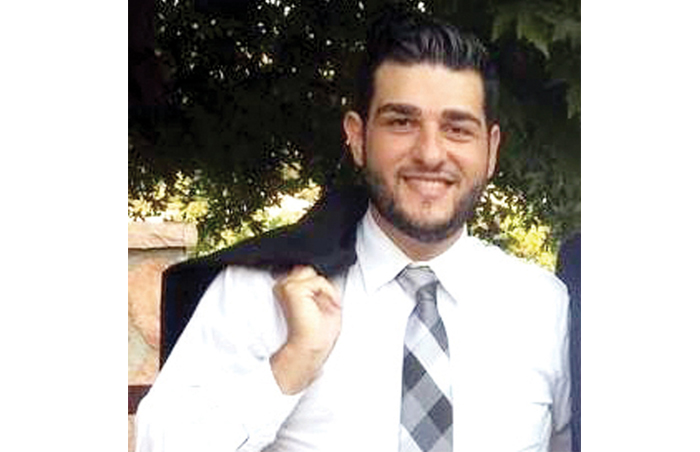 Theodore Pritsis was taught from a young age to dream big, whatever that may be. As the younger of two boys in his family, Pritsis was raised in Clemmons for his childhood. “I had a pretty conventional childhood — I loved and played different sports, was very involved in my church, and appreciated many days playing with friends outside once I got home from school,” reflects Pritsis.

Pritsis observed during his childhood how to run a successful restaurant, as it was the family business. “My dad opened the Brick Oven in 1995, although he had started another restaurant prior and sold it. Growing up I appreciated how hard my dad worked, but I knew that I wanted to follow a different professional path. My parents encouraged that too,” explains Pritsis. He had been exposed to conversations about politics and religion throughout his entire childhood. It intrigued him. “When it came time for college I headed off to North Carolina State University because I thought I wanted to study international relations,” notes Pritsis. “I decided after a year that it wasn’t very fulfilling for me and changed gears.”

The shift in academic pursuits was changed to a small school in Boston where Pritsis earned a bachelor of arts degree in religion and Middle East history. “I was close to our parish priest and he was instrumental in this decision. I thought I might have a calling to the priesthood,” recalls Pritsis. “I realized pretty quickly I was too selfish to become a priest, although my passion for wanting to make the world better was very important to me. I contemplated how to do that.”

Pritsis continued on his academic journey to find the right niche that would fulfill him professionally and personally. He received his master’s degree in divinity/ministry from Holy Cross Greek Orthodox School of Theology. The academic opportunity had Pritsis considering possibly becoming a professor. So, he went back to school and got a second master’s degree in religion and Middle Eastern history. “I did my thesis that was published on religious diplomacy of the Christian communities in the Holy Land. It took me two years and I wrote it while living in Jerusalem, which was especially meaningful,” notes Pritsis. He also served during that time as an adviser to the head of the Greek Orthodox Patriarchate of Jerusalem. “I was a translator and speech writer for three years. It was valuable experience,” says Pritsis who left in 2015 due to the violence and unrest in the area.

Pritsis’ experience and talents were then welcomed in New York City when he worked for the Greek Orthodox Archdiocese of America as a fellow to the United Nations. “We examined issues pertaining to women’s rights, global conflict, peace, security, terrorism and humanitarism,” explains Pritsis. “I was there for 14 months and became jaded from the political and religious side. When I got a call from my brother that our family business, the Brick Oven would benefit from my help too because my father was getting older, I knew the timing was right to relocate back home.”

In August of 2016, Pritsis headed home to Clemmons to join his brother and father to keep running the Brick Oven. “Whatever I commit myself to — it’s always 150%. I gave what I had to my church and my cause when I was studying and working, but now my family needed me,” explains Pritsis. He could never have expected the curveball thrown at his family’s small business like many others in our community when COVID-19 hit in the spring of 2020. “Living through this confusing and troubling time is hard for a small business. We had to lay off employees through absolutely no fault of their own with little answers of when you could come back. Customers weren’t certain if they felt comfortable ordering to go, but slowly and surely when the weeks went on people grew more confident. One of the most humbling experiences with all of this is the support and loyalty we have felt within our community. Their response of solidarity made us want to give back so much more,” says Pritsis.

As Pritsis and his family continue to explore the “new normal” as a small business owner during a pandemic, he continues to work 60-70 hour weeks at the Brick Oven. “Although I don’t get much time off, I do enjoy spending it with my family, working out, reading and writing,” offers Pritsis. He finds the value of taking time to enjoy the things that has inspired him to strive for his best throughout his journey in life.