New Clemmons resident has lived a rich life of 104 years 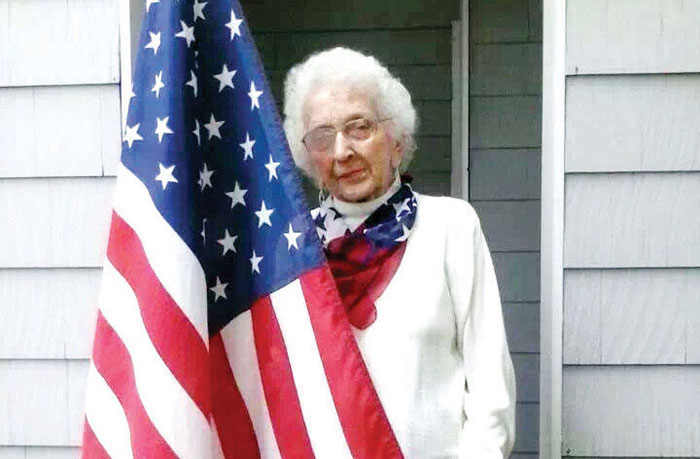 Mary ‘Skip’ Boyles, 104, has lived through the Spanish Flu pandemic of 1918-19, the Great Depression and both World Wars.

Many elderly folks like to say that their age is just a number. For Mary “Skip” Boyles, that number is now 104 since she celebrated her last birthday on April 2. To put that in perspective, the centenarian who moved from Winston-Salem to Clemmons six months ago to live with her daughter Janet Foster has lived through the Spanish Flu pandemic of 1918-19, the Great Depression and both World Wars.

Boyles was a toddler when the Spanish Flu claimed more than 50 million lives worldwide. She was living in Rio de Janeiro, Brazil, at the time which is where she was born and where her father served as a missionary. While she has no recollection of that event, she is one of a very small number of people who was alive during that pandemic that is now being remembered while the world deals with the current one.

During World War II, Boyles served as an Army nurse, and she frequently served on the front lines. She served a total of five years, and her tour of duty included parts of Africa and Europe, mostly in Italy. She was called to service through the Red Cross, and she is proud of the time that she committed to serving her country.

Her daughter Janet Foster, who is a retired social studies teacher, is in awe of her mother’s amazing life story and when asked what has been her mother’s most significant accomplishment, she said it is successfully raising her six children. “She was able to manage so many things at the same time,” Foster said.  “We all went to college, and we all have done well,” she said.

Margaret Powers of Clemmons has known Boyles for more than 30 years.  She noted that her friend lived on her own until recently moving in with Foster. “She’s just an amazing person who has a great sense of humor,” Powers said. “She’s in the Red Hat Club, and she has met with the members of the club once a month. She really enjoys life.”

Foster agreed with Powers that her mother’s sense of humor is one of her most endearing qualities. She feels that her mother’s faith as well as having fun are two things that have made a positive impact on her. “My mother has a very strong faith. She really values family, faith and fun. She will say that even when she was in the war, she would find a way to have fun.”

It is always interesting to get some perspectives from individuals who have lived a long life. When asked about a piece of advice that she could pass along to the youth of today, Boyles stated, “Be with people who help you sing, laugh and help you to get through hard times.”

The importance of connections with people is obvious to her. When asked about the most significant invention during her lifetime, she said it is the telephone. “It enables us to communicate with loved ones even if they are far away,” she said. “I like keeping in touch.”

Boyles has had the opportunity to speak to veteran’s groups as well as students about her incredible life story. Foster noted that her mother, who weighs less than 100 pounds, has gone to her speaking engagements while carrying a backpack that weighs more than she does, and that she sometimes has had to be held up while she is speaking. Boyles once spoke to one of her daughter’s classes when Foster was still teaching.

Her influence on others is reflected in the number of people who have stayed in contact with her. “She still has many friends,” Foster said. “She received 67 cards for her last birthday. It is amazing how many people still write to her.”

Clemmons has become a more enriched community with the addition of one of its newest residents. Mary Boyles has lived a rich life, and she continues to inspire those who have had the chance to get to know her.