Known to his children as “Papa,” Paul Edward Kuhl was born Dec. 2, 1945 (his father’s birthday), in Staten Island, N.Y., to Dr. Ivan W. Kuhl and Ruth M. Kuhl. The second of nine siblings, he grew up in McAllen, Texas. For the rest of his life, even in the depths of Alzheimer’s, he seemed happiest in a boisterous family setting.

Kuhl earned his undergraduate degree at Pan American University in Edinburg, Texas, and a PhD at Southern Illinois University in Carbondale. For four decades, he taught world history at Winston-Salem State University in North Carolina. He spent summers working for the State Department in Washington, D.C., and teaching history on naval ships including the USS John F. Kennedy and the USS Stump. Fluent in Spanish and Portuguese, he could also delight children by talking like Donald Duck. 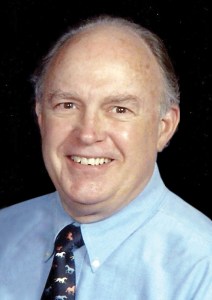 In 1968, he married Sarah Ann Richardson. In their more than five decades of marriage, they enjoyed church activities, family gatherings at the beach and old movies. In English country dancing, they found the perfect combination for his love of history and her love of music. They had three children: Sally, Michelle and Philip. Kuhl read to them every night, taught them to swim, and imparted innumerable other life skills.

A bookish scholar who did the daily crossword, he also kept in touch with his mischievous side. His rousing rendition of “The Night Before Christmas” in red striped nightgown and a full complement of startling shouts and animal noises was the highlight of the holiday season.

Late in life, Kuhl indulged his love of horses, a legacy of his Uncle Ed, and spent hours every day working at the stables. He went on grand adventures with his crew of Civil War cavalry re-enactors who had gear for both the Union and Confederate side so they would never be left out.

A devout and lifelong Roman Catholic, Kuhl participated in many aspects of Holy Family Catholic Church, of which he was a founding member, in Clemmons. He often did readings as a lector, translated for Catholic migrant ministries, and eventually followed his wife into the choir where his warm baritone rounded out the men’s section.

Later in life, he and Sarah spent their golden years in Summerville, S.C., nearer to children and grandchildren. Despite the trial of Alzheimer’s, he maintained his kind and humorous essential self.

A memorial Mass was held at St. John the Beloved Catholic Church at 10:30 a.m. on Saturday, Aug. 22, in Summerville, S.C. His final resting place will be the Mepkin Abbey Columbarium in Moncks Corner, S.C.

Obituaries for the week of June 9

Obituaries for the week of Aug. 27