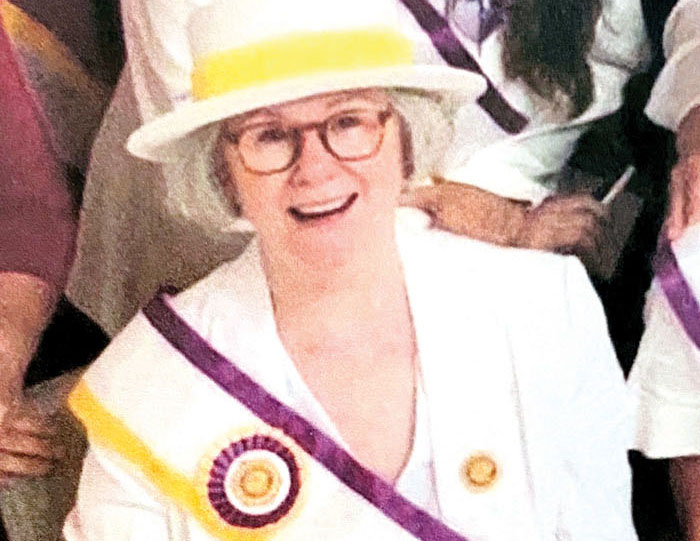 By Toni Settle
For the Clemmons Courier

In the 1800s through the early part of the 20th century, women throughout the country marched, picketed and lobbied in the halls of Congress and on the streets of America to be on the ballot. “The Suffragettes,” as they became known, organized what is said to be the first organized political march in Washington, D.C., on March 3, 1913. Up to 8,000 women filled the streets that day, displaying signs that read “Votes for Women!” They proudly wore sashes that had the colors of white for solidarity; purple for loyalty and gold for life. Another prominent symbol in the fight to win the right to vote for women was the yellow rose. These beauties were worn by Tennessee legislators who were in favor of the amendment.

Enduring years of discouragement and even violence, women across the country continued to fight for a basic right of all citizens. Elizabeth Cady Stanton, Jeannette Rankin, Carrie Chapman, Lucy Stone, Julia Ward Howe, Alice Paul and Susan B. Anthony will be remembered as women who gave it all to ensure that we have a right to vote. In 2020, more than 68 million women are registered to vote. Today, many women serve in Congress and hold powerful positions as chairs of committees. Rankin once predicted: “I may be the first woman in Congress, but I won’t be the last.”

On Aug. 26, 2020, and throughout the year, women around the country will celebrate the 100th anniversary of the ratification of the 19th Amendment with luncheons and teas. Some North Carolina museums, libraries and art councils will host a N.C. Archives Traveling exhibit throughout the year.

With Election Day fast approaching and millions of women heading to the polls to vote, it will not be lost on many of us how a group of women who were known as the “Suffragettes” changed course of history with the 19th Amendment.