Colonoscopy prep is not the burden it once was 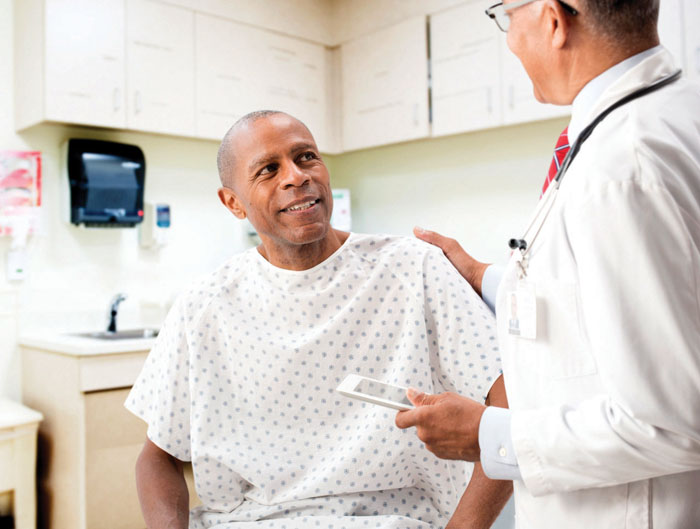 Here’s how to get ready. You can do this.

Correctly doing the prep work for a colonoscopy can save your life.

Yet, the process of cleansing your colon before the procedure frightens many patients. Perhaps they’ve heard inflated stories from friends or relatives about the amount of liquid they had to drink, or the length of time they felt uncomfortable.

But it’s important that you follow medical experts’ advice and, for most people, that means getting your first colonoscopy at age 50. The procedure involves altering your diet a few days beforehand and drinking plenty of liquids the day before.

Star actor Chadwick Boseman’s death from colon cancer at age 43 on Aug. 28 highlights the importance of screening, especially as colon cancer among younger people is increasing. Cases have been rising by about 2% each year in people younger than 50.

What is a colonoscopy?

A colonoscopy is an exam used to detect changes or abnormalities in the large intestine (also called the colon) and rectum. During a colonoscopy, a long, flexible tube is inserted into the rectum. A tiny video camera at the tip of the tube allows the doctor to view inside the entire colon. Abnormalities include colon polyps, which are small growths that could turn into cancer.

“For most patients, that first colonoscopy is a fear of both the unknown and a fear of ‘Oh my gosh, what if they find something?’ said Dr. Michael Dobson, a surgeon at Novant Health. “It’s a lot easier to bury your head in the sand and pretend nothing’s there. I think those two things create a lot of anxiety for patients.”

“We always strongly encourage patients to get their screening colonoscopies because of the importance of identifying polyps and pre-cancerous lesions in an early stage, and potentially treat them and never allow them to turn into cancer.”

Years ago, it was routine for a colonoscopy prep to include drinking up to a gallon of liquids, a mixture of a laxative and clear fluids. It was designed to free the colon of all solid matter. That’s still the goal today, but the prep is much improved.

“I did those previous preps myself, such as GoLytely, and it’s miserable,” Dobson said. “The thought of having to drink a gallon of seawater, willingly, is not something people want to sign up for.

“A lot of the preps we use now are more tolerable. They are smaller-volume preps. I personally use SuPrep, which is 6 ounces of prep mixed with 6 ounces of liquid, and followed by a lot of clear liquids. Then you repeat the prep one more time.”

Dobson’s advice for the prep:

What you can eat and drink, and what not to

For colonoscopies, no solid food is allowed 24 hours before the procedure. Anything you can see through and has no pulp is OK to drink, including:

“It is important for patients to understand that the instructions they receive are specific for a reason,” Dobson said. “When we do a colonoscopy, we need that colon squeaky clean. It is vital that for several days before you begin the prep, you cut out seeds, nuts and things like that. Those things do not get washed out with the prep, and it makes things difficult for us to do an adequate colonoscopy.”

An unclean colon doesn’t allow a clear view, which means you’ll have to reschedule another colonoscopy soon after the failed attempt. There are no shortcuts. If you’re instructed not to eat within a certain time frame, don’t try to be sneaky. You will get caught. Dobson has seen it.

“They eat a sandwich the day before, and I can tell you had lettuce and tomato on your sandwich because there it is in your colon,” he said.

The preparation is the hard part, compared to the procedure itself. The sedation is much better, allowing patients to fall asleep very quickly and wake up immediately. They don’t remember anything that happened during the procedure, and, more importantly, they’re not groggy for an extended time.

A routine procedure takes about 20 to 30 minutes. Patients usually spend another 30 or so minutes in the recovery room as the sedative wears off. You’ll be instructed to have someone drive you home.

If the colonoscopy is completely normal and there are no additional risk factors, a patient would have a colonoscopy every 10 years.

Advice from the doctor

“To get it, because so many people put it off,” he said. “Follow the instructions, it’s important. Be an advocate for your family and friends to get it done. Tell them it’s not that bad, and I think that can dispel some of that fear and misconceptions about the procedure.

“Colon and rectal cancer can be identified before it’s too late, by doing colonoscopies. It’s a simple procedure we can do to remove polyps so they never get the chance to turn into cancer.”