Keith Hiller of Clemmons qualified for the 59th Carolinas Senior Amateur Championship that is being held this week.

At Colonial, 50 golfers attempted to qualify. The cut was 6-over 77, with 23 players qualifying. 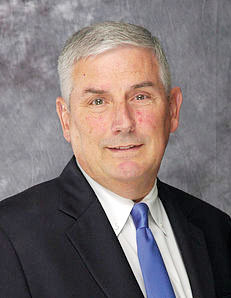 Entry was open to any male amateur who has reached his 55th birthday by the first date of the championship, maintains a residence in North Carolina or South Carolina, is a member in good standing of a club which is a member of the Carolinas Golf Association (CGA) and has an active USGA Handicap at a CGA member club that does not exceed 10.4. Players could attempt to qualify at any location.

Hiller tied for 12th with Ernie Newton of Winston-Salem, Brian Harris of Newton, David Brown of Conover and Randy Beeson of Colfax.

Seven players tied for the 17th and final qualifying spot with 77s. The cut line began at 78.

The Carolinas Senior Amateur Championship is being played at Ballantyne Country Club in Charlotte from Sept. 9-11.

Why young athletes should not skip their medical exams

Here’s how an annual checkup is vital to a child’s health By Cliff Mehrtens Novant Health School sports are delayed in... read more