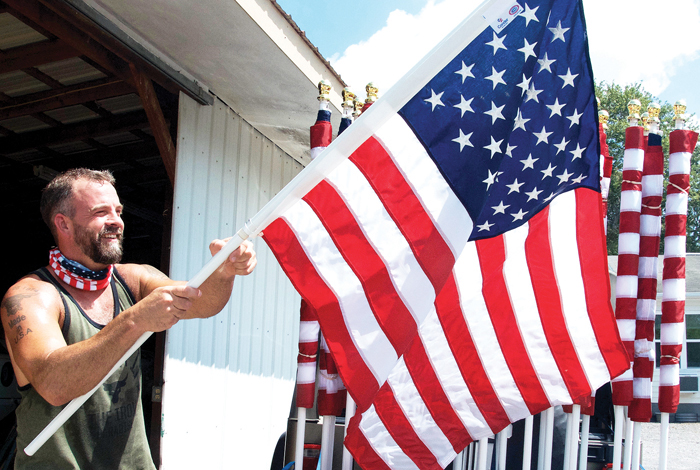 ADVANCE — Cokie Jones and Gene Vogler set up American flags in Advance many years ago. Jerry Stockton carried on the tradition for a while.
And then it died.

Alex Stockton is restarting the tradition. He wants to bring people together, show love for his country and display flags in Advance on flag-flying dates.

“I don’t want it to be anything about me; it’s about the community,” said the 46-year-old Alex, who has lived in Advance all his life. “I used to help dad with it. When he got sick, the tradition just kind of got lost. Most of your VFW guys are up in age, so it wasn’t a tradition that was continued.”
Alex’s father, Jerry, remembers the tradition in the 1990s.

“I picked it up from Cokie Jones and Gene Vogler,” Jerry said. “Cokie and Gene were putting them out originally. They always wanted them out. They both got down physically and I started helping them and then I ended up with it. After I’d been putting them out two or three years, Ralph Montgomery called me one day and says, ‘I see you out putting these flags out. You need some help? I want to help you.’ From that time on, we put them out until he died.” 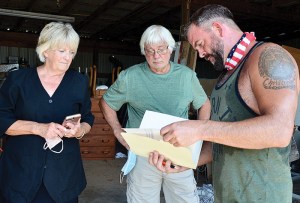 Alex Stockton puts out American flags along with his parents Kae and Jerry. Jerry once put out the flags before his health deteriorated.

Patriotism is in Alex’s blood and he recently became a man on a mission. He’s the flag organizer, but a lot of people have played a part in raising funds to purchase new flags.

“This year I feel compelled that we’ve got to get that flag out there again and bring our community together,” he said. “So I decided to pick it back up. I told Jeffrey Cornatzer and Chad Cornatzer what we were doing. They said, ‘Let’s make a few calls, Stockton.’ I think I was with them for an hour and a half and they collected $1,200 towards flags. It was incredible. It was just incredible once the word got out how many people came forward. A lot of people did flags in honor or memory of someone who served.

“It’s just about the community of Advance. This Labor Day is going to be the first time the flags have been put out (in several years). We’ve got 36 new flags and we’re expanding the route. We’re now going from Potts Road all the way to Markland Road. Ellis (Middle School) did not used to exist. Now that we have Ellis, we’ve expanded all the way down to there.”

“The cool thing is numerous people have come forward to help out,” Alex said. “Rodney Miller of the Advance Fire Department got behind this thing with the auxiliary with Benita Finney. Those were two big pushers. Rodney let me know anytime I can’t get the flags out to bring them up to his boys and they would put them out. Terry Branch and Justin Cornatzer are big ones. Justin said, ‘Alex, if you need any help, I’m there.’” 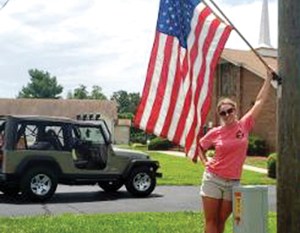 The flags were set up for Labor Day. Alex has plans to let the flags fly on Sept. 11 (Patriot Day and National Day of Service and Remembrance), Sept. 17 (Constitution and Citizenship Day) and Sept. 18 (POW/MIA Recognition Day).

Alex said, “We’ll probably leave them out for two weeks because there are numerous flag days right after Labor Day. (Alex’s girlfriend Jessica Moore) was big behind this. She said, ‘Hey, Alex, we need to get this thing going.’ She really pushed it.”

Jerry said: “It’s amazing how quick they raised $2,000. I’m proud of them, especially with all the veterans we’ve got in this county. I’m proud to be a veteran and help with these flags.”

Shifting chefs: Local chefs who were put out of…