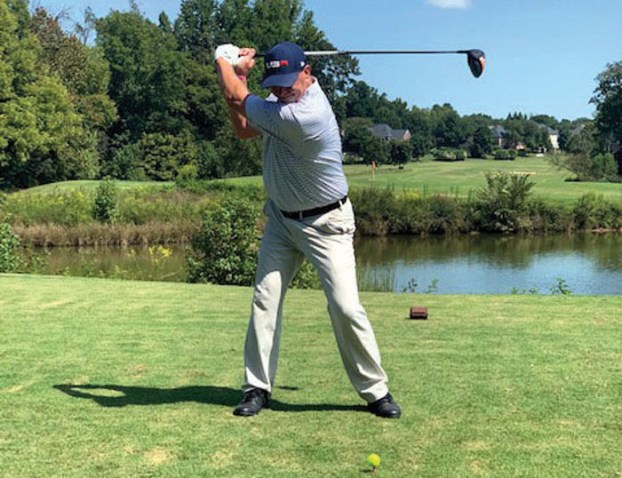 Jimmy McMullen, PGA director of coaching at The Golf Academy at Salem Glen, conducted a 13-hour golf marathon to benefit an employee who needs a kidney transplant.

PGA Director of Coaching Jimmy McMullen at The Golf Academy at Salem Glen conducted a 13-hour golf marathon to benefit one of Salem Glen’s most valuable employees — Alfredo Urena Jr., who needs a kidney transplant.

McMullen started playing golf at 7 a.m. on Sept. 13 and played until 8 p.m. He was attempting to play 100-plus holes in which funds were pledged to help fund the kidney transplant process.

Urena, who is better known as “Junior,” has been with the club for 21 years. He is the equipment manager and one of the best in the business, McMullen said. Junior has a dialysis treatment three times a week. This limits his time available to work as well as his energy and ability to perform his job per his usual. His doctors want to put him on the list for a transplant. This requires Junior to prove he has a certain amount of money saved before his name can go on the list. This is difficult for Junior to save up because of the limited hours that he can work. McMullen and Salem Glen are asking any of you that would consider a donation to raise money to help Junior through this time to please do so.

“He takes care of all of our equipment,” McMullen said. “He’s our head mechanic. He’s always helping out, whether he needs to be on a mower or weedeating. Whatever he needs to do, he’s eager to help out. He’s been through several different owners here and always comes to work with a smile on his face. He’s just a great employee, great person and we just love him to death around here.

“I’ve been doing golf marathons since 9/11 (2001), and I thought this would be a good time to do another one. I’ve been here for six years and he’s been very helpful and gracious to me. It’s just one way the community can help out and make his life a little bit better.”

By Brian Pitts Davie County Enterprise-Record K.J. Henry, a mega-recruit out of West Forsyth in 2018, redshirted at Clemson as... read more