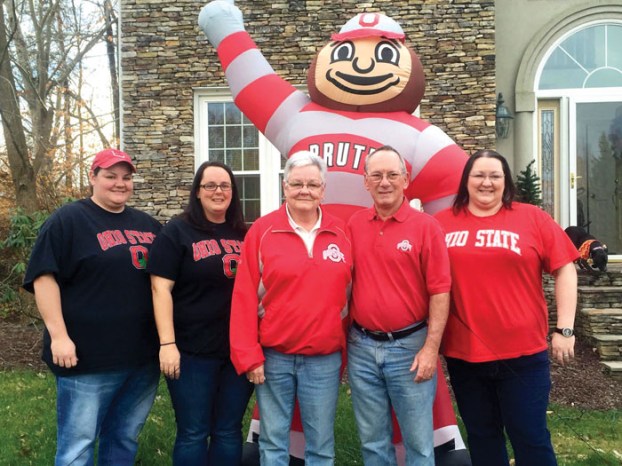 As Kitty Visintine is preparing to retire from her 21-year position as the golf tour coordinator from Tanglewood Park, she reflects and cherishes the many customers, friends, and family that supported her along the way.

From her earliest years in Columbus, Ohio, “I was one of many,” laughs Visintine. “I had 10 brothers and sisters, and I was the first daughter in my family to be born. We were and still are all incredibly close. Obviously, we were never short on enough people to play outside or participate in sports. In school, I enjoyed playing field hockey and soccer was just getting started.”

Although Visintine, like many children, had a childhood playing outside, she also felt compelled to serve her community. “I began volunteering at a local nursing home when I was around 11 or 12 years old. I loved being around the people that were there. I went most days to see them and try to be of help,” explains Visintine. Her presence was so appreciated by the nursing home staff and residents that they offered her a part-time position, which she readily took. “It was during my time at the nursing home that I felt the desire to go to college for nursing and want to help people,” reflects Visintine.

Visintine headed to Mount St. Joseph University in Cincinnati, Ohio, to complete her undergraduate degree in nursing. “It was nice because two of my brothers were just down the street. I got to visit them and their friends as much as I wanted to,” says Visintine. “My future husband, Jerry, was one of my brother’s best friends. I had known him all my life but it wasn’t until after college that we actually started dating and were eventually married.”

After Visintine graduated from college, she immediately practiced nursing in Cincinnati for five years. “I worked primarily with the elderly. It’s what I knew and I enjoyed helping them. However, when I moved to Columbus I went in the opposite direction and was a nurse for their children’s hospital.”

Visintine loved caring for her patients on both ends of the age spectrum. Many of her patients would concur that it just came naturally to her. It wasn’t until Jerry and Kitty started having children of their own did her career change gears into being “Mom.” “After my first daughter was born in 1981, I was still able to work part time when Jerry came home. But when my second daughter was born two years later, it just became too challenging. I wanted to stay home and be a full time mom,” notes Visintine who had yet another daughter in 1986.

Raising three girls was rewarding to Visintine. “When they got into high school, I went back to work, and was given the opportunity to be the golf tour coordinator at Tanglewood Park,” says Visintine. “I loved golfing so it was a great fit, but the friendships that I have made from the customers I have met along the way I have come to treasure.” With less than 36 days until Visintine is officially retired, she has no set plans for her next chapter. “We’ve taken our daughters to the Dominican Republic three times and I’d love to do that again when it’s safe to do so,” notes Visintine. “My sisters and I also like to take golf trips together (Visintine’s brothers have now all passed), and plan big get togethers. We are all big Ohio State Buckeye fans so I’m certain that will include watching some football together too.”

It’s no surprise that Visintine wants her next chapter to focus on family, what has always been at the center of her universe. Visintine’s perspective is quite similar to what the late Walt Disney noted, “Life is beautiful. It’s about giving. It’s about family.”

By Mandy Haggerson For the Clemmons Courier Margaret Bovender has always considered Clemmons to be home. “I loved growing up... read more