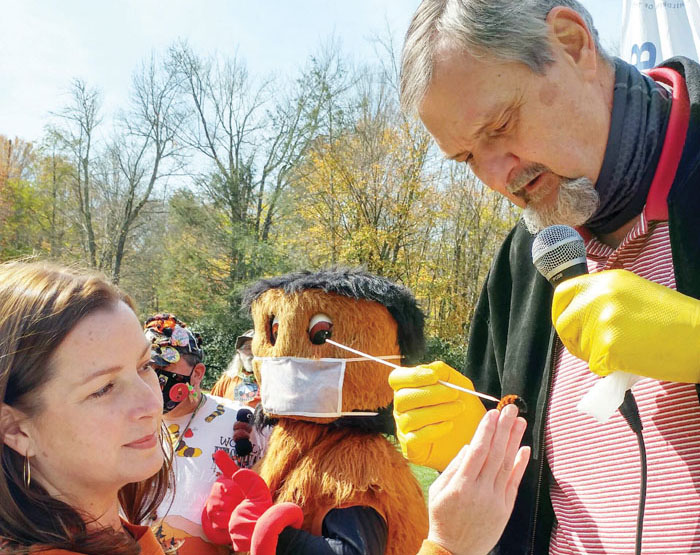 BANNER ELK — The 43rd annual Woolly Worm Festival may have been canceled this year due to COVID-19, but you can’t keep a good worm down.

Previously scheduled for Oct. 17-18, the festival sees approximately 20,000 attendees visit Banner Elk in Avery County to witness a big prediction from the smallest of prognosticators.

During the festival, woolly worms are raced in a series of heats, with the champion given the honor of delivering the winter forecast. According to legend, the color bands on a woolly worm can help predict the severity of winter.

On Saturday, Oct. 17, the Avery County Chamber of Commerce and Kiwanis Club of Banner Elk (both organizers of the annual landmark event) hosted a private race between their less-than-featherweight contenders — the Chamber Charger and the Kiwanis Kicker — at Holston Presbytery Camp in Banner Elk.

The 13 segments on a woolly worm represent 13 weeks of winter.

For more information on the Woolly Worm Festival, visit www.woollyworm.com, or call the Avery County Chamber of Commerce at 828-898-5605.