Local fitness center offers unique way to get in shape 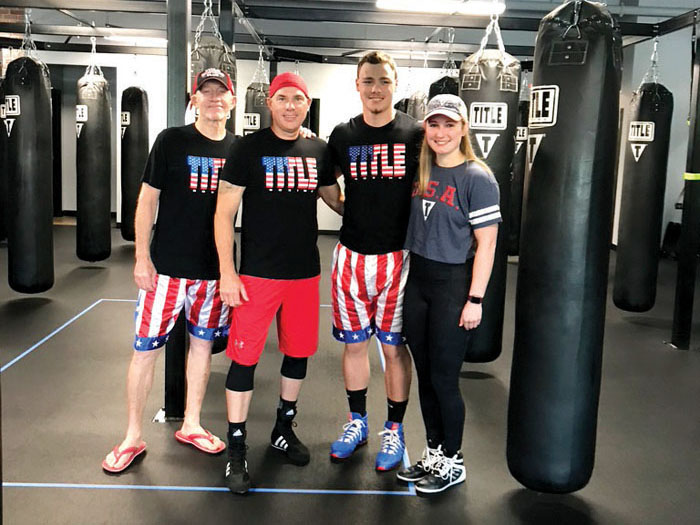 As the COVID-19 pandemic enters its ninth month of affecting our daily lives, most of us have been looking for ways to relieve our stress and anxieties.

Title Boxing Club, a fitness center on Clemmons Road in the Harris Teeter shopping center, offers this opportunity in a cathartic way. Since opening Title Boxing two years ago, Steve Stafford has enjoyed overseeing the operation of his business where his clients engage in a full-body workout that is intense but beneficial in many ways.

As the name of his business suggests, non-contact boxing is the core of the workout, but Stafford is quick to point out that the program is a thorough and well-designed regimen that includes a cardio warm-up followed by eight three-minute rounds of boxing on a bag. “This is an intense full-body workout,” Stafford noted. “You use your legs more than you think so it involves more than just your arms. You feel invigorated when you are finished, and there is an endorphin rush that helps to relieve stress. For most clients, it is addicting in a good way.”

Although the workouts are intense, Stafford noted that you do not have to be in great shape when you first begin. While that is the case, he indicated that the intensity of the workouts for those who take them seriously often results in significant weight loss as well as an overall improvement in physical fitness and mental well-being. “Many of our clients have lost a lot of weight,” he said. “We had one client who lost 120 pounds!” 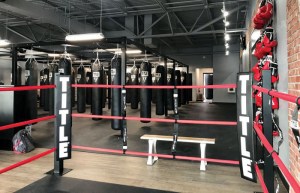 Stafford employs eight people at his business including seven trainers. It is a family affair as his son, Seth, is the director of training and his daughter-in-law, Jennifer, is the general manager. The trainers have impressive resumés that collectively include decades of experience in fitness competitions and training. Included in the group are a four-time national kickboxing champion, a Golden Gloves boxing champion, and a retired MMA fighter.

Boxing in his basement before opening his business sparked Stafford’s interest in owning a fitness center. He is one of the seven trainers at Title Boxing.

“We offer many different classes at various times,” Stafford said. “We try to change things up so that there is a good variety of offerings, and we involve the trainers at various times to accommodate the schedules of our clients.”

Before the pandemic, there were 230 clients at Title Boxing, but despite the limitation that the business must operate at 50% capacity during Phase Three of the reopening process, Stafford indicated that there are still 175 active clients. He noted that the reopening at Title Boxing was smooth, and that it went well. “We have gotten many compliments about our cleanliness,” he said, “so we’ve just been doing the same things that we have always been doing to keep our place safe and clean.”

The clients at Title Boxing represent all ages, and while many are from the Clemmons area some are from outside the community. “We have a significant number of Wake Forest students who are members,” Stafford said, “and we have noticed a trend toward younger individuals joining.” He also indicated that females make up about 65% of his client base and the median age of members is about 45. 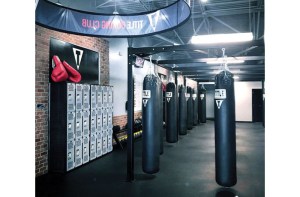 The success of Stafford’s business began with a leap of faith. The West Virginia native moved to North Carolina about 15 years ago, and he became an owner in the Title Boxing franchise after retiring from the automobile business. “I literally googled ‘best fitness businesses’ when I began doing my research,” he said, “and Title Boxing was in the top 10.” He noted that the franchise has become an international business, and that one of the primary investors is Drew Brees, the quarterback of the New Orleans Saints.

He is happy that he chose Clemmons for his business that is one of six Title Boxing locations in North Carolina and one of the newest in the state. “The people here are fantastic.” he said. “We call this our Title Boxing family. I have my own family, and I have this one. We know everyone’s name, and we call them by name when they walk in the door.” 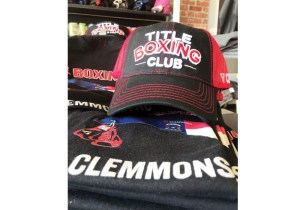 Stafford also noted that some clients have formed friendships and social networks among themselves. “Some of the clients go out together after they work out, and some good friendships have resulted from the time that people have spent together here,” he said.

Obviously, given the significant client base that he has built up at his business while dealing with issues presented by the pandemic, Stafford has turned his dream of owning his own business into an amazing success story. He looks forward to welcoming new clients who are looking for an opportunity to get into good physical shape at a unique venue.