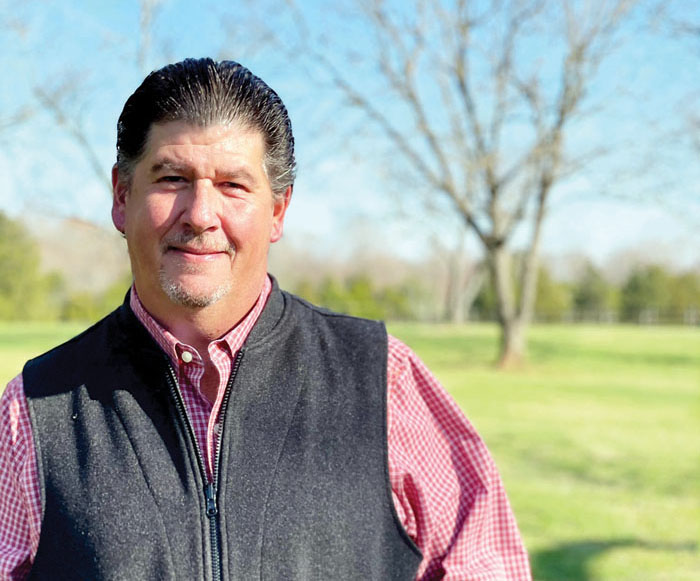 Shannon Conrad developed his affinity for Lewisville and the surrounding area from a young age. “I grew up helping my grandfather on his farm in Lewisville. I assisted him with the tobacco priming during the summers. It was fantastic. My grandfather would drive a tractor with the rake and I would drive the tractor with the hay baler,” mentions Conrad. “We were really quite close, and I enjoyed helping him out and spending time with him.”

Conrad also spent his time playing sports and being active with his friends. “Back then you could ride your bike for miles to go to your friend’s house without having to worry,” says Conrad. “I grew up in an idyllic little community in East Bend. Many of my childhood friends I keep in touch with to this day.”

When it came time for Conrad to decide what direction he would take for college and a career path, he attended the University of North Carolina at Charlotte. “For awhile, I thought I was going to be an electrical engineer,” explains Conrad. “When I turned 21, I re-examined my career path and chose to get my real estate license and left college. I knew that with all of my family in the East Bend and Lewisville area I would want to return there to start working,” notes Conrad.

Conrad worked for Coldwell Banker Triad, Realtors which merged several firms in July of 1997. “I had started off working for Coldwell Banker Lambe-Young prior to the merger. I worked for this group for 22 years before I decided to go out on my own,” notes Conrad. Aside from gaining valuable work experience, during his time at Coldwell Banker Triad, Realtors, he met his future wife, Dana, who also worked for them in a different location. “I actually went down to Oriental, North Carolina, to look at a sailboat. She was there with my friend, and the rest was history. I got the sailboat and my future wife,” smiles Conrad. Dana had two children from a previous marriage, and Conrad, the quintessential family man, enjoyed getting to know them as well.

“When Dana and I opened up Shannon Conrad & Associates, Inc. I knew that we wanted our office to be in Lewisville. It was around 2008 and the real estate crunch had really hit. You had to really dig in and get excited to power through the effects of the crunch. The location of the new firm was important to me. The office is where Kay’s diner used to be and an old hardware store. I love being in Lewisville and remember distinctly when farmers primarily occupied it. It has become a bedroom community to Winston-Salem. People love it because of the rural feel it still has,” explains Conrad.

Conrad started Shannon Conrad & Associates, Inc. knowing that they wanted to grow the firm to about 15 realtors. “Currently we have eight agents that serve our local areas. We are still recruiting new agents that have a wide variety of specialties,” notes Conrad.  He helps clients sell from a varied price range. Conrad also is known for his expertise in cultivating developments and putting land together for developers, commercial opportunities and home sales. “Our team has a broad range of talents, and we are able to serve our community because of it. We get enjoyment and satisfaction that the majority of our business comes from referrals from previous clients who had a good experience themselves through the process,” says Conrad.

With 31 years of real estate experience under Conrad’s belt, he still finds time to emphasize the importance of family. “With our kids being 26, 22, 17, 15, and 12 of age, we try to spend as much time together as possible,” mentions Conrad. “I’m able to coach my 12-year-old in baseball. Seeing his brother who is a senior in high school looking at playing college baseball, I try and take advantage of this time when I’m able to still be coach.” The Conrads spend many weekends at travel baseball tournaments encouraging their sons’ interests and talents.

The baseball has been a welcomed distraction from not always being able to spend time with extended family as regularly as before. “We don’t get to do a lot of the same things we did pre-COVID, like watching my 77-year-old dad’s band play, which is tough because we are a close-knit family,” says Conrad. “Those are the kinds of things that you hope to get back into.”

As our neighbor continues to focus on the positive aspects of life, he never takes for granted what’s most important to him, time with his family and serving a community that he respects and loves.