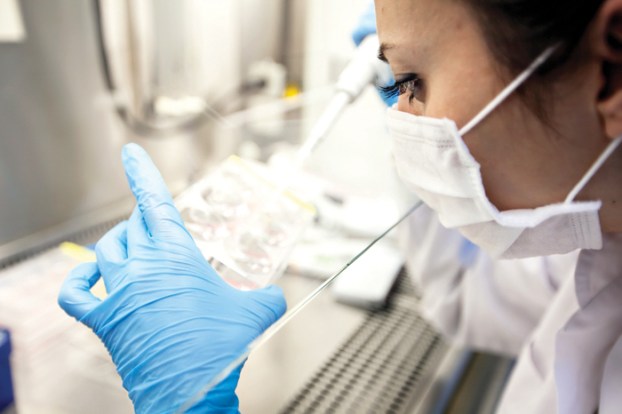 A primer for skeptics: What we know about COVID vaccine safety

You probably have a lot of questions about the COVID-19 vaccine. After all, it’s well known that vaccine development typically takes years, and this one took months. Some people are nervous it happened too quickly: How can it be safe if it happened so fast?

A variety of authoritative sources were consulted, including Mark J. King, Novant Health’s vice president of research and innovation. King was formerly a senior scientist at Pfizer, where he worked on clinical trials.

What makes a vaccine effective?

“Vaccines work by mimicking the infectious bacteria or viruses that cause disease,” according to the Food and Drug Administration’s (FDA) new Vaccine Development 101 website. Vaccines “coach” the immune system to respond to an intruder and destroy it.

So, that explains why a vaccine helps the person who gets vaccinated. Why is it so important for everyone to get vaccinated?

When people within a community get vaccinated, it helps establish “herd immunity.” The Department of Health & Human Services’ (HHS) vaccines.gov website explains it simply: “When enough people are vaccinated against a certain disease, the germs can’t travel as easily from person to person — and the entire community is less likely to get the disease … even people who can’t get vaccinated will have some protection from getting sick. And if a person does get sick, there’s less chance of an outbreak because it’s harder for the disease to spread. Eventually, the disease becomes rare — and sometimes, it’s wiped out altogether.”

There’s so much skepticism about this vaccine. How can we know what to believe?

“There are people who believe in conspiracy theories,” King said. “Some believe that, because the Gates Foundation is funding vaccine research, that Bill Gates is putting a microchip in the vaccine.” It’s not true. And if you’re worried about a microchip being able to track you, you may want to give up your cellphone.

“In healthcare, HIPAA is the law that protects our personal health information,” King said. “HIPAA even protects your address. But Apple knows where you live. If you agree, in an app, to allow Waze or Google Maps to help you navigate from home to the grocery store, they know your HIPAA-protected address. You gave it to them.”

How do we know the vaccine won’t be harmful?

That starts with clinical trials and continues through distribution and vaccine administration. Monitoring happens at every step along the way. If Americans who get the vaccine experience unexpected side effects, healthcare professionals can move quickly to determine how widespread the concern is and what intervention might be needed.

On a global scale, there’s something even bigger than the FDA – the International Council for Harmonisation of Technical Requirements for Pharmaceuticals for Human Use. “They set the global standards for clinical research,” King said. So, even the federal government has oversight.

In recent years, there’s been a small, but vocal, group opposing vaccinations. But the simple fact is:

Vaccines save lives. Thanks to vaccines, smallpox was completely eradicated on a global scale, and polio is on the verge of being the next disease to be stopped.

People of a certain age may remember thalidomide – the drug that treated morning sickness in pregnant women and resulted in birth defects. How can we be sure history doesn’t repeat itself?

The thalidomide tragedy of the early 1960s — when some babies of the women who took the drug were born with truncated or missing limbs — is the main reason the FDA’s approval process is so stringent now.

It led to the 1962 passage of the Kefauver-Harris Amendments, which mandates that drug makers have to prove a new drug is not just effective — but safe — before it can be marketed. Lawmakers “tightened restrictions surrounding the surveillance and approval process for drugs,” according to a 2009 story published by Northwestern University. “Now, drug approval can take between eight and 12 years, involving animal testing and tightly regulated human clinical trials.”

If eight to 12 years is the norm, how do we know a vaccine developed in less than a year is safe?

A global pandemic on this scale is unprecedented in modern times, and the government’s response has been, too. Operation Warp Speed (OWS) set out to produce and distribute 300 million doses of a safe, effective vaccine by January 2021. A lofty goal, but a lot of the research and development was funded by OWS — the federal government, in other words. And remember, the work on the COVID vaccine was based on decades of transparent science that went before it.

The HHS website includes a development, manufacturing and distribution timeline that explains how the government fast-tracked a coronavirus vaccine without sacrificing safety. A few key points:

“With COVID, things were different,” he continued. “As long as the safety profile was robust, many vaccine candidates moved on to the next phase quickly. Preclinical work in labs continued while phase 1 trials were underway. Longer-term safety data was still being collected from phase 1 trials when later phase trials were initiated in thousands of volunteers.”

What checks and balances are in place? Who’s overseeing the government?

Vaccine development happens independently of politics. The Centers for Disease Control and Prevention, FDA and HHS’s Office of Human Research Protections are staffed mostly by career professionals — not political appointees. Those scientists are free to do their jobs of protecting public health without political interference.