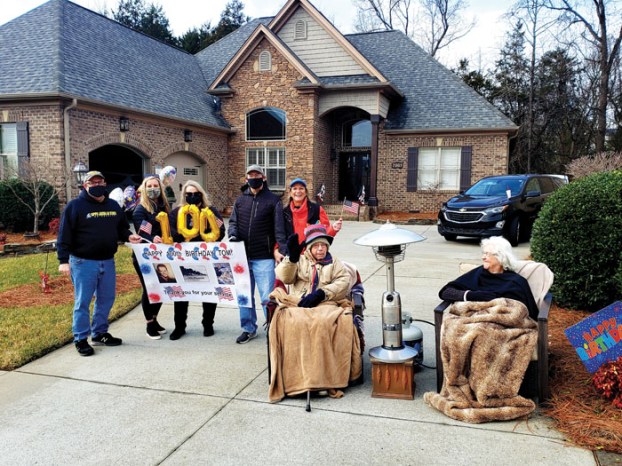 By Betsy P. Ramsbotham
For the Clemmons Courier

Centenarians are often asked to give advice on how to live to be 100 years of age.

Their answers are varied and might even be contradictory on topics such as how many hours of sleep a person should get every night or which foods should be eaten daily or avoided altogether.

While no pathways to age 100 are exactly alike, it is worthwhile to listen to the philosophies of those who have reached such an important milestone in life.

Tom Shook, of Clemmons, celebrated his 100th birthday Jan. 15. He said that three important principles he has lived by and which he advises young people to follow are be kind to others, save your money and always eat breakfast.

Shook’s daughter, Betty Telford, of Clemmons, attests to her dad’s abidance of those virtues, including the importance of breakfast.

“When we were growing up, our mother was an anesthetist, and she was often already at work when it was time for my six siblings and me to get ready for school. Daddy fixed our breakfasts, and they were wonderful. Among his specialties were large pots of oatmeal and creamed chipped beef on toast,” said Telford. 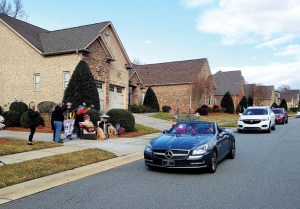 Shook’s breakfast on the morning of Dec. 7, 1941, became part of his indelible memory of the Japanese attack on Pearl Harbor. He was a 20-year-old second class yeoman in the Navy aboard the USS Phoenix and had just finished breakfast when he saw a Japanese plane bank off after dropping a bomb on an American battleship. His ship escaped the disaster unharmed and joined other cruisers and several destroyers in an unsuccessful search for the enemy aircraft carriers.

Shook spent 20 years in the Navy. “I have fond childhood memories of my parents and my siblings going to dinners at the Officers’ Club when we lived in Norfolk, Virginia,” Telford said. “It was exciting, and we had a large time. Daddy was just our daddy. I was so young then that I didn’t realize just how important he was. We are all so proud of him,” she said.

To celebrate turning 100, on Jan. 16 Shook enjoyed a Zoom meeting birthday party with about 60 family members including his seven children, grandchildren and nieces and nephews. Although he couldn’t share his birthday cake with them, he had a lemon cake he had requested.

That afternoon he was honored with a drive-by parade held at Telford’s home on Abelia Way. Friends, neighbors, law enforcement and others in the community wished him happy birthday from their cars.

Shook’s birthday wish that must wait to be fulfilled due to COVID-19 quarantining is going to Pete’s to eat. “Daddy loves Pete’s, and he is looking forward to when he can go,” said Telford.