The Winston-Salem/Forsyth County Board of Education has named Kevin Spainhour the new principal of West Forsyth High School.

Since 2013, Spainhour has served as the principal of West Stokes High School in Stokes County. Prior to that, he served as the assistant principal at West Stokes for one year. Earlier in his career, Spainhour  spent more than 10 years as a teacher at Mount Airy High School, East Surry High School, and Chestnut Grove Middle School. He has experience teaching science, healthful living, and health and physical education. 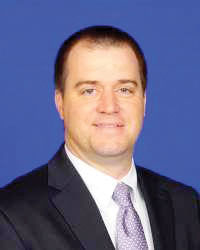 He replaces Charles McAninch, who has been named principal of the new Lewisville Middle School. Spainhour’s exact start date is yet to be determined.

The Winston-Salem/Forsyth County Board of Education voted to appoint Alex B. Bohannon (Democrat) as a board member at its regularly... read more