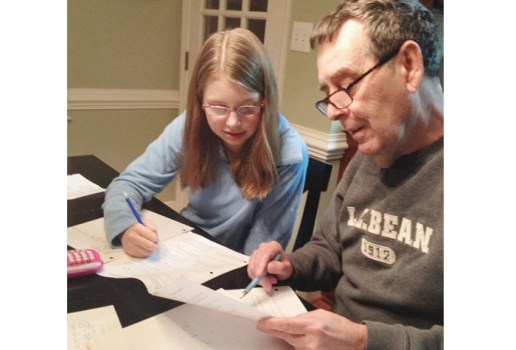 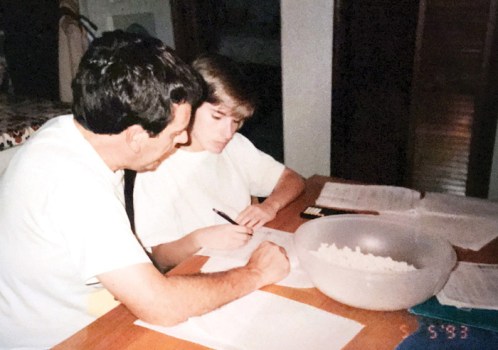 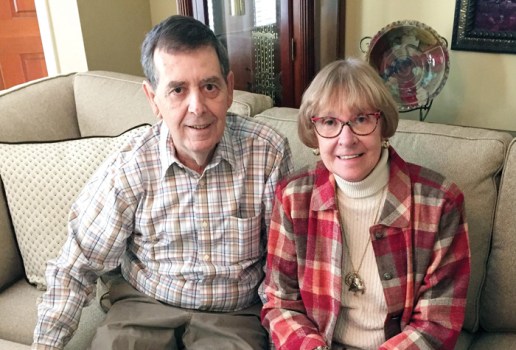 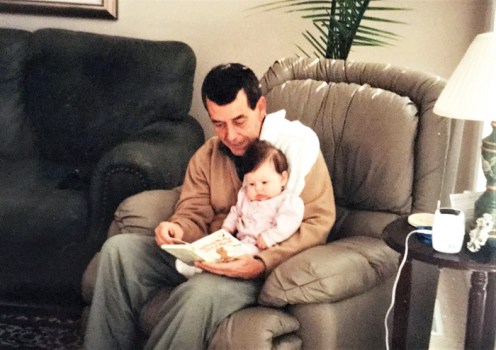 The Salem Glen College Assistance program started about a year ago when a group of Salem Glen neighbors gathered at Ken and Linda Burkel’s home. They talked about how their community could collectively make a difference and maybe chip in financially to start a scholarship for a deserving Forsyth or Davidson County student in need. After much discussion and several meetings with the Clemmons Community Foundation staff, the idea took on a unique feature. Each scholarship recipient would be paired with a mentor who is a Salem Glen resident to provide guidance, encouragement and resource connections. Further, the group hoped to raise enough money to endow the scholarship so that they could support a student every year.

The program caught the attention of Pat Bunker and her daughters Stacy Mayhew and Shana Bunker, who were approached to consider a contribution. Pat’s husband, Richard “Dick” Bunker, passed away in November 2016 and the family had been looking for the best way to honor his life. This was it! Dick loved helping people learn and spent his career and retirement not only tutoring and mentoring his own family, but other students of every age — even graduate students.

Richard “Dick” Bunker was an electrical engineer in the telecommunications industry before retiring. He grew up attending a one-room school house in Michigan before attending college to earn his bachelor and master’s degrees. Residents of Salem Glen, Dick was passionate about teaching and tutoring in math and physics to his children as well as local high school and college students. Patient and kind, he had high expectations for his children and grandchildren to be the best they could be. He believed that to do that, a love of learning and mastering math and science concepts were fundamental to future opportunities. He encouraged his daughters to take the most challenging classes available, even if they were hesitant. In a field dominated by males, he wanted his daughters Stacy and Shana (and granddaughters) to know that math and science was “not just for boys.” His daughter, Stacy, recalls: “Dad always had fun ways to present math and science subjects using real-world examples, and never missed an opportunity to teach!” Patricia Bunker loves to tell the story about Dick babysitting his granddaughter, Meredith. Stacy recounts the story… “Meredith was just 18 months old. Apparently, he had been teaching her about addition and subtraction using her toys as examples. When it was time for her to take a nap, I put her in her crib and shut out the lights. She would normally fall right to sleep. Not this time. On the video monitor I saw her standing up in her crib reciting math facts in her sweet 18-month old voice ‘two plus two equals four, three take away two equals one…’  She never did nap that day. Meredith went on to love and excel in math and is currently in the College of Engineering at N.C. State University. My dad would have been so proud.”

Meredith Robbins, Dick’s granddaughter, a graduate of WFHS and now a college sophomore recounts: “G-pa was always happy to tutor me in math, even if it was late on a Sunday night when I was frustrated that I couldn’t figure out my homework due the next morning. He had a way of always explaining concepts until I could understand them.” She further adds, “I can attribute my love for math and learning today to things G-pa taught me in my childhood. Even when I wasn’t doing schoolwork, G-pa always found a way to engage with me academically.”

Stacy and Shana remarked on the Salem Glen Scholarship: “We cannot think of a better way to honor my dad’s memory than being a part of the Salem Glen Scholarship. This scholarship is unique in that it offers a mentor with every award, which encompasses everything our dad valued…not only a financial benefit, but more importantly someone to mentor, guide, advise and tutor these students. The scholarship recipients will have an encourager and a cheerleader…someone to empower them to embrace their full potential, just like our dad did for so many.”

When asked what advice Dick Bunker would have for today’s students, his family had ready answers.

Dick’s granddaughter, Meredith, even offered thoughts for parents and grandparents. “Based on what G-pa modeled throughout his life, I encourage parents/grandparents to foster an environment of learning and curiosity for their children. I can attribute my love for math and learning today to things G-pa taught me in my childhood. When learning takes place in the home, it seems more fun and applicable to the real world; encouraging children to learn continuously and not treat learning like a chore, even when they aren’t in a classroom setting.”

Under the leadership of Susan Preston and Ken Burkel, more than 57 Salem Glen residents have contributed to the Salem Glen Scholarship Fund to reach the goal of making the scholarship opportunity annually available. While the goal has not quite been reached, it’s getting closer thanks to the Bunker family. This year, the scholarship will be awarded in memory and honor of Richard Bunker, who selflessly and generously devoted time to help teach and encourage others; his life so beautifully modeled the program’s goals.

The scholarship is open to students from Forsyth and Davidson Counties enrolling in a program at Forsyth Tech Community College or Davie-Davidson Community College. Those interested in applying for the $2,500 scholarship award and to be paired with a mentor are invited to apply online at the Clemmons Community Foundation website at clemmonsfoundation.org (or direct short-cut ccf.gives/salemglen). For further information, email Greg Keener at greg@clemmonsfoundation.org or call 336-663-6794. The deadline for application is April 30, 2021.

Sandi Scannelli is president and CEO of the Clemmons Community Foundation.