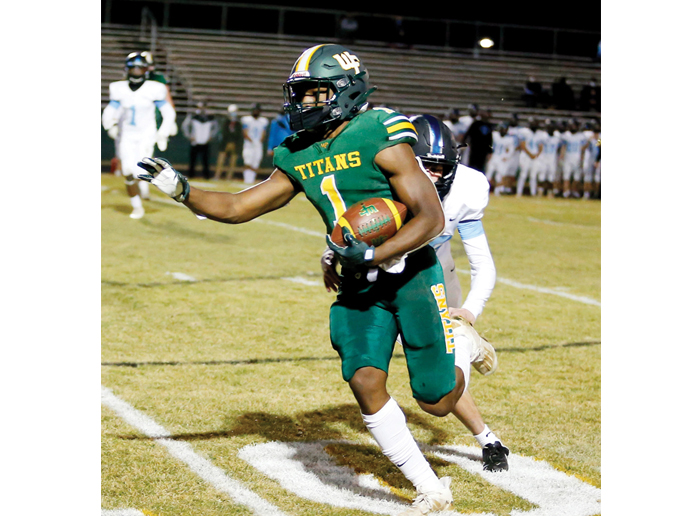 Things couldn’t have gone much better for the West Forsyth football team last Thursday night in its season opener against Oak Grove at Jerry Peoples Stadium.

Yes, it was weird having football start a season in late February, but all the same sights and sights of the game were there. And the icing on the cake for West Forsyth was that it dominated Oak Grove and won 44-21 in a non-conference game.

The game was billed as the return to football for West Forsyth. The Titans hadn’t played a game since late November 2019 after it was defeated at home in the NCHSAA Class 4-AA quarterfinals against Charlotte Vance. There was no fall football season in North Carolina because of the dangers related to playing during COVID-19.

“It was awesome. That was a big part of it,” said Coach Adrian Snow of the Titans, who is in his 13th season as the head coach. “We talked about it. We got emotional about it, being a part of it. The players did a great job. Oak Grove — they’re awesome.”

In addition to it being the return of football, it was also a reunion of sorts between Snow and Coach Mark Holcomb of Oak Grove. West Forsyth plays in the Central Piedmont 4-A, and Holcomb previously coached in the conference when he was the head coach at North Davidson. Holcomb has been the head coach at Oak Grove in Midway since 2017 when the school opened. However, the Grizzlies didn’t have a varsity team until the 2018-19 season.

“Mark Holcomb and his crew — they’re phenomenal coaches. So any time you play them you need to be ready,” Snow said. “I felt like our kids did a really good job and got back at it.”

The total yardage doesn’t really show just how much West Forsyth dominated the game. The Titans took a 38-0 lead with the help of a 14-yard touchdown run by Jevante Long with 6:38 left in the third quarter.

“They’re good players,” Snow said of Long and Johnson. “You start with (Johnson). He’s waited his time, and he’s a good back. We all knew what we had last year. He was good, but you know those other guys are really good too. He’s waited his time, and now it’s been good for him. Tay’s (Long) really good. The kid at the end was really good, Malachi Jowers is going to be a good player for us too. I think it’s a positive and I’m just excited for our kids.”

The Titans held the Grizzlies to 129 yards rushing 39 carries, led by running back Aiden Shewcow, who had 82 yards on 24 carries. Quarterback Dylan Barker of the Grizzlies was 7-for-20 passing for two touchdowns and two interceptions.

“I think (the defense) has the potential to be pretty stout,” Snow said. “The great thing for us is there’s only two seniors in the group to be honest with you.”

“I was proud of them,” Snow said. “I felt like it was good to get going.

“Nason is twitchy. Tay is tough to tackle because he’s like crazy legs. He’s just like everywhere. But he just keeps his feet moving all the time.”

The first game of the season is over, and it’s time to prepare for West Forsyth’s final non-conference game Friday night when it plays host to Greensboro Page. Page, which is always one of the best teams in the Triad, lost to Greensboro Dudley 32-6 in its opener last week. It was also the first game for Doug Robertson as head coach of the Pirates. Robertson coached the previous two seasons at Thomasville. Robertson replaced Jared Rolfes, who was not retained as the Pirates’ head coach after going to 20-17 in the three seasons.

“Doug Robertson is one of the best football coaches in our state,” Snow said. “He really does do a good job. Doug Robertson will prepare them and we’ve got to be ready to play.

“The biggest gain for any team comes from Week 1 to Week 2. And that’s what happens most every year. But Doug will have them ready to go.”

“Page High School is one of the most storied programs in our state, so we better be ready to play,” Snow said.

“You better bring your ‘A’ game every time you play them,” Snow said. “We’re excited we’ve got the opportunity.”

Despite Page losing to Dudley, Snow knows Page might look a lot different in Clemmons on Friday.

“You go through COVID. You go through what Doug went through to be the coach, and not seeing the kids for so long, you can understand having some first-game issues,” Snow said. “But I certainly believe Friday he’ll be ready to go. I certainly that will occur and we’ll have to be ready to play.”

The Page game also gives West Forsyth a chance to prepare for Central Piedmont 4-A conference play, which starts next week for West Forsyth in Clemmons against East Forsyth, the two-time defending NCHSAA Class 4-A state champion. This stretch of games is also part of five straight home games before ending the season at Reagan and at Davie County in this seven-game regular season. 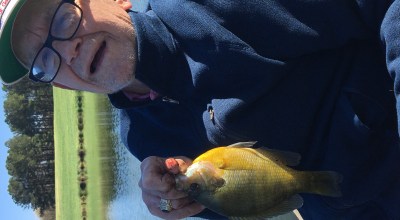