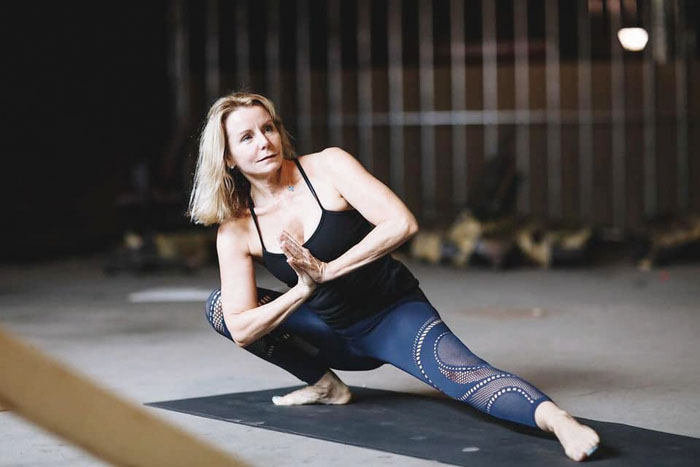 Nikki Kourpias was born outside of Sioux City, Iowa before her parents moved their family to Silver Spring, Maryland, when she was just 3. “I spent over 20 years of my life, in the D.C. area,” recalls Kourpias who relished in the respite she experienced when they left town in the summers for rural Nebraska to see her grandparents. “Going to my grandparents’ farm was incredible when I was a kid. There was no indoor plumbing. When we visited in the winter, the house was heated with wood burning stoves. It was heaven to me. I would go outside and help my grandfather with the chickens, the pigs, and helping bale the hay. I always thought this lifestyle was the norm when kids visited their grandparents. It was funny when I was in kindergarten, I went to a classmate’s grandparent home, and they lived in a townhouse. I wondered to myself where are their pigs, what about their cows,” laughs Kourpias.

Kourpias enjoyed making memories with her three siblings on her grandparents’ farm. “I had stayed in the D.C. area until I was about 29 and decided I was ready for something new and different. I headed to Auburn University to get my four-year degree, which was definitely a big change,” says Kourpias. It was during Kourpias’ time in Auburn, Alabama, that she also met her future husband, and attained her bachelor of arts degree in health promotion. Kourpias wanted to find a profession where she could help people feel their best. She worked in cardiac rehab with patients as a liaison between the physicians. “My job focused on helping the patient transition back home once they left the hospital,” explains Kourpias.

Kourpias’ family was expanded, and she added mom to her resumé. Briana (23), Sam (21), and Kacy (20) brought Kourpias great joy. “I was a stay-at-home mom for a little bit, and I can say with certainty it’s absolutely the hardest job I’ve ever had. Although, being a mom is so incredibly rewarding. I wouldn’t have traded it for anything in the world. It was during that time as a new mom that I discovered yoga. I had always been a runner. After I had my kids I would exercise sporadically. We had moved to Winston-Salem because of my then husband’s teaching job at Wake Forest University, so I began exploring new places to workout. “I went to my first yoga class with Trudy Swank who was the owner of the first Bikram studio in North Carolina. I started practicing and hated it immediately. I rolled up my mat, and Trudy followed me out and told me nicely that I needed to come back in and just have a seat. She was right. I came back in and I loved it,” recalls Kourpias.

Shortly after Kourpias started practicing yoga with Trudy, a friend of hers began the hot yoga room at the Robinhood Family YMCA. “That’s how I found hot yoga. I immersed myself in teacher training almost immediately. I took my 200-teacher training hours with Jimmy Barkan, a huge influence in Bikram yoga,” says Kourpias. “It was really hard. And not too long after I finished my training with him, I decided to take an additional 300 hours at the Asheville Yoga Center which is recognized by the Yoga Alliance. The reason I wanted such diverse training was that I enjoyed learning and gaining knowledge from a broad spectrum of teachers. I’ve taken so many gifts from each of them that help me as a teacher myself now,” mentions Kourpias.

After Kourpias received all of her training she began teaching at the Robinhood YMCA. Kourpias’ wheels were spinning on opening her own studio one day, and what that would look like. “I opened the doors physically to Aware Hot Yoga several months ago but the concept of what I wanted it to be was in my mind for quite some time. I wanted people to have a place to come to where they didn’t just beat themselves up to work out but to really leave feeling fabulous. The name of the studio has meaning. Everything is about awareness. Having awareness is where your strength comes, and once you gain strength that leads to flexibility. I want people who come into Aware Hot Yoga studio to get out of their heads for at least those 60 minutes to focus on themselves,” says Kourpias. “You don’t have to be the most flexible person to do yoga. Believe it or not, yoga is for everyone.” What Kourpias feels like makes Aware truly unique is the group of instructors that have joined her team. “I believe we have the best of the best around. The instructors at Aware are phenomenal. Their combined experience and knowledge are astounding, and you experience it every time you unroll your mat,” says a grateful Kourpias. She spends most of her days at Aware located downtown in Industry Hill on 9th street. “With COVID-19, this last year has been all about adaptability. Yoga helps people with that,” says Kourpias. “Seeing all the people downtown here is exciting and inspiring. There is a lot of good energy that goes on down here. I’m thrilled to be a part of it.”

Our neighbor reminds us that importance of the journey. As Jigar Gor pointed out, “Yoga is not about touching your toes. It is what you learn on the way down.”