He previously worked as the assistant superintendent for curriculum, instruction, and student services for Thomasville City Schools. Prior to that, Pratt served as the academic improvement officer and regional superintendent for Indianapolis Public Schools for three years. 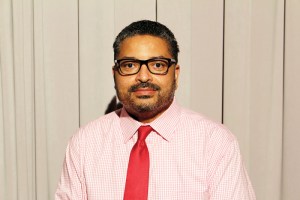 Earlier in his career, Pratt spent more than 12 years as principal in Guilford County serving at Dudley High School, Middle College at N.C. A&T State University, and Allen Middle School. From 2001 to 2003, he served as the assistant principal at Southeast Middle School in Kernersville.

WS/FCS Superintendent Tricia McManus said, “His experiences as a building leader, district leader and interim superintendent for the past four months have prepared him for the role of deputy superintendent. He has demonstrated the ability to make thoughtful, student-centered decisions. He leads through a lens of equity and has a no-excuses mentality. Dr. Pratt has garnered the respect of our principals and district leaders, and I am very excited about this announcement.”

Clemmons gets busy picking up trash