Season over: West falls to Davie 36-35 in overtime 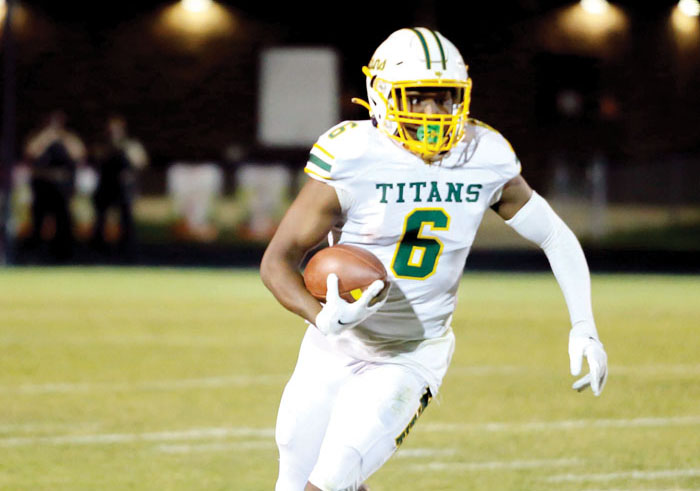 MOCKSVILLE — It was a tale of two weeks for the West Forsyth football team.

Just one week after the thrill of defeating Reagan in double overtime West Forsyth had the agony of defeat as it was in another overtime last Thursday at Davie County at War Eagles Stadium in the regular-season finale for both teams. The 36-35 loss cost the Titans a chance at finishing undefeated and winning the Central Piedmont 4-A conference, and it cost them a chance at going to the NCHSAA playoffs.

West Forsyth, which wasn’t able to play scheduled home games against East Forsyth and Glenn earlier this season because of COVID-19 protocols and contact-tracing, finished with a .667 winning percentage, and out of the Class 4-AA playoffs. Davie (5-2, 3-2) finished fourth, followed by Reagan and Reynolds. 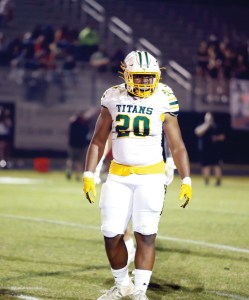 Glenn is the No. 3 seed in the Class 4-A playoffs and will play host to No. 6 Matthews Butler in the first round on Friday. No. 8 East Forsyth will travel to play No. 1 Greensboro Grimsley in a rematch of a game played earlier this season in which Grimsley won.

Davie County won the coin flip after regulation and elected to take the ball second in overtime. West Forsyth took possession in the first overtime from the Davie 10-yard line. Jevante Long scored on the first play for West Forsyth on a 10-yard run to help give West Forsyth a 35-28 lead.

“We had a chance,” Coach Adrian Snow of the Titans said. “That kid (Long) can play.”

“Both of them are talented and that’s what you do,” Snow said. “Offensive coordinator, you give it to good people.”

However, Davie County took possession at the end of overtime from the West Forsyth 10-yard line. Facing fourth-and-goal from the 9 quarterback Alex Summers of Davie County threw a 9-yard touchdown pass to Zaharee Maddox to trim the lead to 35-34.

Summer finished 20-of-31 passing for 228 yards and three touchdowns.

Coach Tim Devericks of the War Eagles called timeout after the touchdown. Just as the teams were about to get set, Snow called timeout.

After the timeout, Devericks decided to go for two points to win the game. Summers took the Shotgun snap, rolled to his right and fired it to Zymere Hudson in the right corner of the end zone for two points, which gave Davie County a 36-35 win.

“When you choose to go second you have an option there at the end,” Devericks said. “First thing, you’ve got to execute and score, but it kind of leaves you knowing what you have to get.”

Even though West Forsyth scored at the beginning of overtime Davie County knew it still had a chance.

“It’s our time to answer,” Devericks said. “And we were able to answer tonight.”

Devericks added that his strategy changed with the timeouts.

“Originally, I was going for two but the confidence when they called timeout…,” Devericks said. “But the kids said we can get this. It didn’t make it easy.

“Put it in the kid’s hands and trust him a little bit in that situation.”

Although Carney has been the War Eagles’ go-to player all season, Devericks knew he had some options with the two-point conversion.

“We have a lot of guys who can make plays for us,” Devericks said. “You know, Zymere was able to step up in that situation. Now were they keying on Tate? I believe so, but Tate did a good job of sealing the edge so Alex could roll out there.”

West Forsyth finally got a little momentum in the second quarter. Long scored on a 7-yard run after an eight-play 66-yard drive to help slice the lead to 14-7 with 6:56 left in the first half.

On the Titans’ next possession Jake Hill’s punt was partially blocked by Avery Taylor. The War Eagles took possession at their own 39. Carney scored seven plays later on a 3-yard run to help extend the lead to 21-7 with 46.9 seconds left in the first half.

“We just started playing better,” Snow said. “We did a lot of good things. I was proud of the kids.”

West Forsyth scored on its next possession after Johnson scored on a 35-yard run to help give it a 28-21 lead with 5:29 left in regulation.

Things looked even brighter for the Titans on the ensuing possession. Summers was intercepted by Aquavon Rush, but the back judge threw a flag for pass interference. The War Eagles took advantage of the penalty and scored after Maddox caught a 41-yard touchdown pass from Summers, and the War Eagles tied it at 28-28 after Willy Moure nailed the extra-point kick

Asked about the pass-interference penalty, Snow had no comment.

West Forsyth will have to regroup and get ready for the fall season, which starts in August. West Forsyth has 18 seniors, including offensive lineman Jared Wilson, who has signed to play at Georgia. The Titans also lose Johnson, Hill, who is also a defensive back, Jaylen James, who is the kicker and one of the wide receivers. They also lose backup kicker Megan Peters, who also plays on the girls soccer team.

Even with the losses because of graduation, West Forsyth has plenty with which to build its team in the fall. Long will be back at running back as a senior after a stellar junior season this spring. They will also have linebackers Mack David and Chris Van Kleeck, who will both be seniors. And quarterback Kian Bailey will be a junior in the fall.

“The kids fought,” Snow said. “They played their hearts out. That’s all you can ask.”