Gordon Hendrix built a life through hard work, helping others 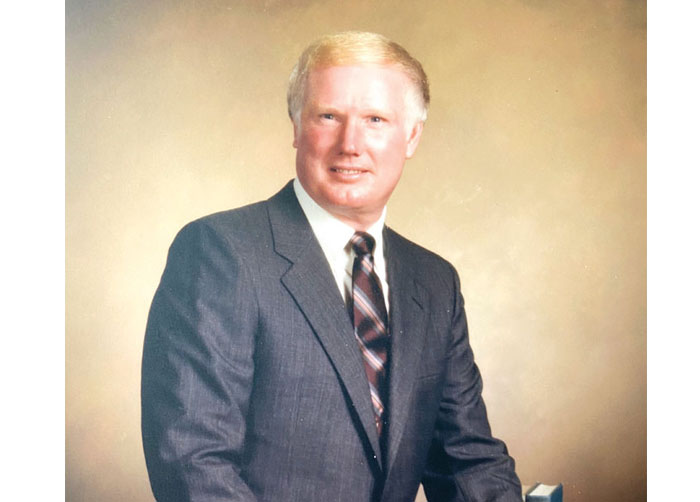 Successful business entrepreneur Gordon Hendrix of Hendrix Enterprises passed away peacefully early Sunday evening. Gordon was a staple of Clemmons, not just because he leased and owned numerous properties in Clemmons and Lewisville, but also because he was a man of noble character.

“There is a quote that Dad would tell us. It was his golden rule: ‘Do as you wish to be done by,’ ” says his son, Craig Hendrix. “Dad never missed an opportunity to be a teacher. He was going to micromanage everything he was a part of. That was how he earned the nickname Capt’n. Not Captain, but Capt’n,” Craig laughs and recalls fondly. “That was probably why he was so successful. He was involved in everything. He didn’t leave anything to chance.”

When Gordon Hendrix was 18 months old, his parents had to leave the mountains of Sparta, and move to Maryland. It was during the Great Depression. The family was not immune to the times, and they, too, struggled for money.

During Gordon’s time in Maryland, some of his family married off. While they stayed in Maryland, Gordon came back home with his parents to North Carolina eight years later. Although he was the youngest child, by the time Gordon’s family moved back to North Carolina, Gordon began helping his dad on the farm. He would wake up at 4:30 a.m. to milk cows and put the milk out by the side of the road. By 7 a.m., he would catch the bus to school. Back in those days, however, the bus did not necessarily come every day. If there was too much snow, the bus may not come for a month, which meant Gordon worked on the farm instead of going to school. If the weather was nice, Gordon also had to miss school sometimes because there was work to be done on the farm.

Gordon did not need schooling, though, in order to learn the ways of the world. Gordon realized he could cut some extra pine clippings and sell those for extra cash. He saved all of that money and bought a cow at 10  years old. The first night the cow came to the farm, she had twin calves. It seemed Gordon had bought the metaphorical golden goose. Now, Gordon had three cows to milk for the price of one. The milk those three cows produced was money in Gordon’s pocket. The milk from the other cows Gordon milked was his father’s.

Craig has heard this story as a child and often as an adult. “He would tell it time and time again. It is something I will cherish. Of all the corny stories he has told, that is the good stuff that you hold on to.”

Tenth grade was the final grade Gordon completed in school. He then accepted a job at a General Motors plant making $100 a week. Later, he applied for a job at the Pennsylvania Railroad because he had always wanted to work on the railroad. In order to rise in the ranks, Gordon kept taking various tests. He eventually became a conductor. He worked for the union where the rule was that the person with the least seniority gets laid off when layoffs commenced. Eventually, Gordon got laid off and came back down south to spend time with his mother and father.

Back in the mountains of Sparta, Gordon found work with his brother who owned a hardware store. It was at church with his parents, however, that he met his wife Judith. Once he married, he knew he needed to make more money to support his family. Gordon may have been lacking in education, but he had a master’s degree in common sense and a solid work ethic. Gordon put those traits to work to learn about plumbing and heating in Maryland. But once his father had a stroke, he moved back to Sparta to help on the farm. Shortly thereafter, a new life came into Gordon’s life and another one left it. Gordon’s daughter, Kim, was born and Gordon’s mother passed. Because Gordon had been working the farm, his parents had decided to give the farm to Gordon. But he noticed his father was so sad about his mother being gone. Gordon called his sister and said he would give her the farm if she came to live with their father.

At this point, Gordon moved to Galax and began working at Galax Plumbing and Heating. Craig reminiscences about how his father was able to attain the job.

“Dad went to apply for a job as a carpenter. The lead man, said, ‘How much do you know?’ Dad said he knew everything. The foreman asked Dad to cut him a set of step stringers. Step stringers,” Craig explains, “are something you have to kind of know what you are doing. You have to be able to cut out an exact number of steps.” Rather than giving into apprehension, Gordon decided to give it a shot and managed to do a job that was acceptable enough to be hired on the spot. “That was dad right there — never intimidated. A lot of people may not have the guts to jump in and try something. He had no problem jumping in and trying anything.”

Gordon began running big jobs and traveling a lot. Once again, Gordon used his street smarts to open his own company in Clemmons. He quickly was able to procure jobs by bidding competitively. As a result, he began working on schools, the YMCA in Lexington, hospitals, jails and churches. Other good things came his way during this busy season. His son Craig was born.

After a time, Gordon decided to build. He built Bay Meadow Apartments in Clemmons. When Gordon rented 10 apartments, he would build 10 more. A friend approached Gordon about building apartments in Lewisville. Together they built Brookway West. It was also Gordon who built the Bronze Building in Clemmons and the row of offices located near the current 2520 restaurant. He was also responsible for naming the streets that were on or around his development. One unusual street name was Cephis. Many in Clemmons may not know that Cephis was Gordon’s middle name.

Gordon treated all of his tenants like family. Some tenants have rented out space from Gordon for more than 40 years. He knew whether those tenants were having children, if their spouses were sick, or needed a helping hand. Gordon was usually the first to be out there loading a truck or moving boxes. Over the years, Gordon has donated to many causes and has an array of certificates of gratitude on his wall to reflect his philanthropy. From the heart association, politicians and helping those with cancer, Gordon donated to an abundant number of good causes.

In 2018, Gordon was interviewed by the Clemmons Courier and he talked about lessons he learned from his father who was a Southern Baptist preacher.

Gordon said, “My father always told me to do as you wish to be done by others. I’ve always tried to do that — treat others with kindness. I love to help people.”

In honor of Gordon today, may you do an act of kindness and do unto others as you would have done unto you.

• The funeral for Gordon Hendrix will be held at 2 p.m. Sunday at Mountain View Baptist Church in Glade Valley. Graveside service is outdoors, so family and friends are invited.