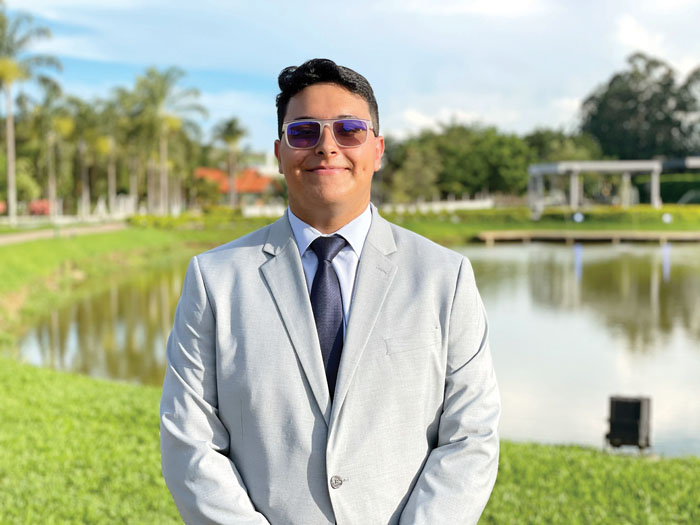 Igor Silva was recognized on April 21 as the Rotary Club of Clemmons “Student of the Month” for April.

In nominating Igor West Forsyth High School sated the following: Igor was selected by the scholarship committee based on his ability to create a positive and inclusive class culture in his English class. In class discussions, he was thoughtful, often mentioning or adding on to what other people had said and acknowledging when his classmates challenged or shifted his own thinking. When working with small groups, he sought to make sure everyone was included in the discussion. He often made me, and his classmates laugh, which I very much appreciated. Igor has positively impacted the culture at West Forsyth and has maintained outstanding academic achievement.

Silva is an excellent student with a GPA 4.3 Quality Point Average and ranks 63rd in a class of 563 students. He is a member of the National Honor Society and tutors’ other students.

He has been scouting since the first grade and became a Boy Scout in the sixth grade and is currently working on his Eagle Scout project. He works with younger scouts to help them progress and community service projects.

Every week he spends time as a volunteer at his church assisting younger kids with their verses and prayers. He also plays the tuba at church services.

Many of Silva’s community service projects have been environmentally based. He has participated in the Big Sweep project since an early age as well as various tree planting projects and strongly believes nature is beautiful and important to mankind’s survival for generations to come.

Silva is proud of his academic accomplishments while balancing Band activities, including Honor bands, AP courses and other volunteer activities.

He is proud of his Brazilian heritage, having been born in Brazil to Brazilian parents. He speaks fluent Portuguese.

Silva will be enrolling at N.C State this fall where he plans to major in biology and then applying to veterinary school.