Each year, the Lewisville Civic Club selects three graduating high school seniors to receive a college scholarship, each in the amount of $1,500 for its Community Service and Leadership Award. In addition to academic accomplishments, the recipients have also spent hours completing service projects in the Lewisville community. This year, the Civic Club recipients are Reagan High School seniors David Speckhart and Reed Ballus, who both plan to attend North Carolina State University; and Payton Martin, a senior at Calvary Day School, who plans to attend the University of Tennessee. 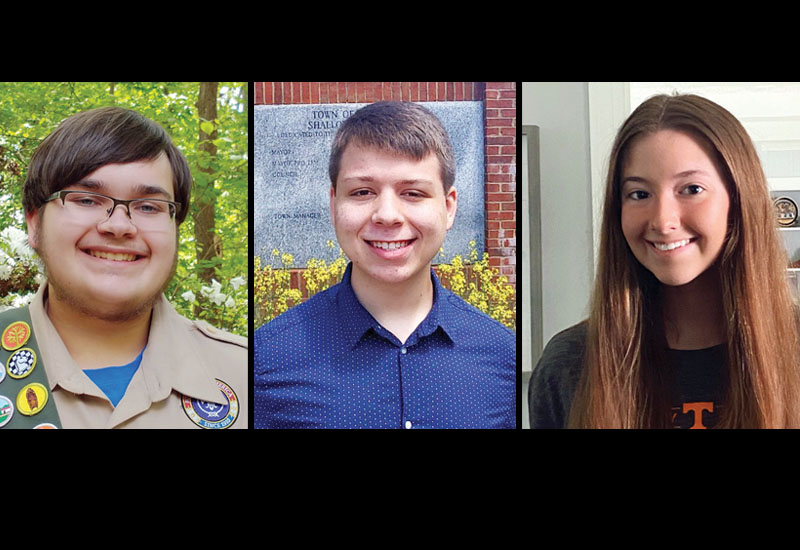 Speckhart has competed a number of Eagle projects in and around the community, including assisting a Girl Scout in her Bronze project. Ballus has been involved with community service in Lewisville throughout his scouting career including food drives and assisting the town’s recycling committee with its events. Martin, in addition to being crowned Miss Lewisville for 2020-2021, has been working with the Lewisville Branch Library and has created Storytime videos for youth at the library. 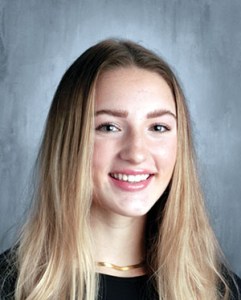 The Battle of Shallow Ford Chapter, Daughters of the American Revolution, has announced that Sydney Hopkin, senior at Forsyth Country Day School, was selected as the school’s winner of the DAR Good Citizen award. The DAR Good Citizen program recognizes outstanding high school seniors, who exhibit good citizenship in their homes, schools and communities by exemplifying qualities of service, dependability, leadership and patriotism. Hopkin is the daughter of Michelle and Christopher Hopkin of Winston-Salem, and she will be attending Southern Virginia University.

MARS HILL — Mars Hill University has recognized the following local students on the honor roll of the academic dean at the end of the spring 2021 semester. To qualify for the dean’s list, students must earn a grade-point average of 3.5 on a minimum of 12 semester hours, and carry no grade below a C. Among them are:

CEDARVILLE, OHIO — Stacey Edwards, from Clemmons, graduated from Cedarville University on the weekend of April 30-May 1 with a master of science degree in nursing.

TUSCALOOSA, ALABAMA — The University of Alabama awarded some 5,860 degrees during its spring commencement ceremonies April 30-May 2.

• Elizabeth Ciener, of Winston-Salem, received a bachelor of science.

• Emily Dickey, of Winston-Salem, received a bachelor of science in education.

• Brynn Frasher, of Clemmons, received a bachelor of science in human environmental sciences.

JACKSON, TENNESSEE — Sam Boger, of Clemmons, was among the 377 students named to the Union University dean’s list for the spring 2021 semester. The dean’s list includes full-time students who achieve a 3.5 grade point average on a four-point scale.

Couriering Clemmons — This week in 2001