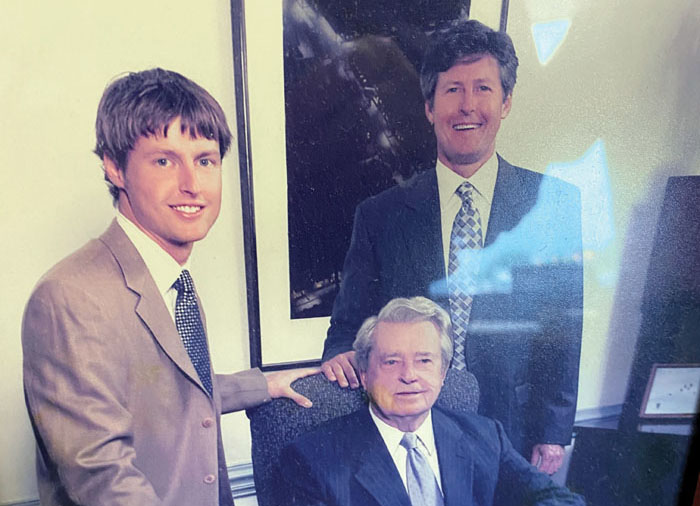 By Gene Blackwelder
For the Clemmons Courier

Sessions Specialty is celebrated its 75th anniversary on June 7. Here is their story:

It all started in Rome, Georgia, where Max Sessions’ father ran a family farm. He also ran a country store. Sessions worked in the store. After a while, he decided he would rather service multiple stores instead of working in just one.

Sessions heard that RJ Reynolds Tobacco was the center of commerce for the Southeast. He moved to Winston-Salem and started Sessions Specialty in 1946.

Now what is Sessions Specialty and what do they do? Sessions Specialty is a master distributor in the wholesale business. They buy in large quantities directly from manufacturers in order to get a discount and then resell the product line at factory direct or sometimes even less than factory prices to other wholesale companies in the convenience store, grocery, and tobacco store channels of trade. They can sell to wholesalers at a discount and enable them to increase their profit margins.

Through the years, as they have helped other businesses grow, they have also grown, moving four times to larger locations.

Looking back, starting a new business isn’t easy. Only 15% of family businesses make it to the third generation. You have to be a special person who cares about people to be able to succeed in business. Sessions was a member of the Greatest Generation and after doing his part in WWII, he came home, worked hard in creating Sessions Specialty and like many members of his generation, helped create America’s booming economy. Right from the beginning, Sessions set an example for everyone in the company of how to live life, and right from the beginning he created a culture of success in which they have worked hard, emphasized extraordinary customer service and lived within their means.

The Sessions sales, office and warehouse staff make a commitment that orders that they process by noon they ship same day with about 75%-80% of their customers getting their shipment the very next day. Their team is committed to their customers and Sessions is lucky that they have employees working with them for going on 30 years.

Max Sessions met Harry Winston in New York City on one of his buying trips in the 1950s and purchased diamond rings from Winston to sell wholesale to his friends from the vault in the basement of the Liberty Street warehouse. As the jewelry business grew, he started Keymid, a wholesale membership club. It was the first membership club to sell jewelry, appliances, sporting goods, watches and furniture at wholesale prices to members. The business later switched to catalogue showrooms and thrived until the early 1990s. Keymid was the forerunner of Brendles and Best. The stores closed partly because of competition from mass and specialty merchandisers.

Sessions continued to love his business his entire life. Even in the last stage of his life when he could not see very well, he always made sure his wife drove him to work on Friday afternoons. He would go around to each employee and say “It is good to almost see you” and also made sure no one was leaving early on Fridays.

He felt the same way about his customers that he did his employees. Until the very end of his life, Sessions always made sure that Sessions Specialty treated each customer like they were the company’s most important customer. Ben, Sessions’ grandson, continues this tradition.

For more information, contact either Steve or Ben Sessions at 336-766-2880 or Ben@SessionsUSA.com .