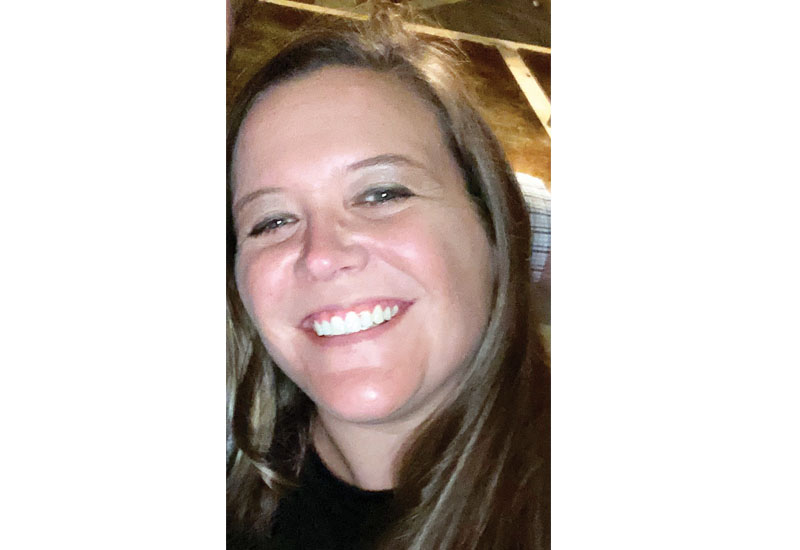 Summer Jackson moved to Clemmons going into her sophomore year of high school from Lexington. “I was attending Salem Academy for high school, so it wasn’t a huge change since I didn’t have to switch schools,” explains Jackson. The active youth, Jackson was always playing a sport whether it was field hockey, volleyball or basketball. Another area of interest and importance to Jackson was being involved in her church. “My dad was an associate pastor there and my mom and I were there often,” says Jackson. She learned early on that helping others was a passion she wanted to continue. “From the age of 15, I began working at a camp that is now called Royal Family KIDS. The camp helped children in foster care that had suffered abuse in their life,” explains Jackson. “I helped at the camp for over 10 years because I felt like it really made a difference to those children.”

Jackson’s experience with helping foster children that had been abused inspired her to do more. “When I went to college at Appalachian State University, I focused on getting a bachelor of art degree in social work. I knew that I wanted to help families that needed assistance. After I graduated, I went to work for child protective services in Forsyth County as a social worker. It was tough back then because I really wanted to be more hands-on in the process and the paperwork side of the job was where I spent the majority of my time. Ultimately, I decided that I wanted to be more interactive in young children’s life,” explains Jackson. Coming from a family of teachers, it was no surprise that Jackson decided to get into the classroom. “I started as a teaching assistant at Ward Elementary and then moved to Moore Elementary School as I began getting my master’s in teaching through Salem College,” notes Jackson.

Jackson knew that the elementary age of education was where she needed to be. When she accepted a position at Latham Elementary School, the principal took note of Jackson’s leadership abilities as well. “The principal at Latham had told me about the principal’s fellow program that the state had intended to stop in the near future. If you went to school for two years and worked for four years for the state in an administrative role they would reimburse you for your education costs,” says Jackson. “I honestly didn’t think that I would be accepted because of my age and figured if not then it would just be a sign that it wasn’t meant to be.” Jackson was accepted into the program and was also the youngest person to have been admitted. During the principal’s fellow program, Jackson continued to sub, and was an administrative intern at Wiley Middle School. That would begin Jackson’s experience in the middle school setting. “I knew elementary age kids was my goal, but I gained valuable experience from my time working in middle schools that confirmed where I wanted to be,” notes Jackson. She gained additional experience at Paisley Middle School, Flat Rock Middle School, and Piney Grove Elementary as the assistant principal before she landed at Southwest Elementary School six years ago.

During Jackson’s time of continuing her own education, gaining administrative experience she also met her husband, Chris, when she was 30. “After dating for a year, we got engaged. It’s ironic because we were both from the same place and both went to ASU but had never crossed paths until later in life,” reflects Jackson. Chris and Summer added their children, John (6) and Caroline (5) to their family which has kept things busy and always entertaining. “I remember I had done interviews while I was on maternity leave. I joked with Chris how some people tell you that the tough years are 8 and 9 but for us it was 3 and 4 of our marriage. But he has been my rock, and always knows what I need and is very supportive,” says Jackson.

Jackson’s family support has been critical in her position as principal at Southwest but has also appreciated the families and teachers at the elementary school as well. “With COVID-19 it was incredible how everyone rallied together. We have an amazing staff. I don’t say that lightly and this past year has shown a different level of dedication for the kids. Everyone came together. Everyone wanted to make the kids feel like everything was fine amidst the chaos. The teachers gave 110% to make it possible,” says a grateful Jackson. “I know it is cliché to say this, but what makes my job most rewarding is when I’m outside of the office and in the classrooms talking to the kids. Being around the building instead of being stuck at the computer brings meaning to my job. Some days I’ll just sit in the teachers’ rooms because I needed to get out and see the children. They are the reason we get up and do what we do.”