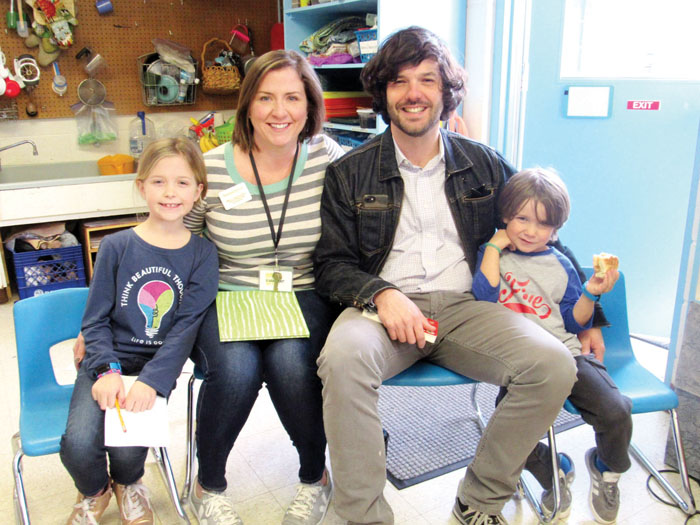 Mary Craig Tennille was born and raised in Winston-Salem. “From a young age I gravitated towards art. The many classes offered at Sawtooth whether it was painting, pottery and printmaking was a wonderful outlet to explore,” recalls Tennille. She also enjoyed sports like field hockey when she attended Summit School and Salem Academy for high school and swim team in the summers.

When it came time to decide on college, Tennille surprised herself when she didn’t have to look very far. “Growing up in Winston-Salem, I never thought that I would go to Wake Forest University for college. However, when I toured other schools, nothing ever clicked. I spent the night with a friend of mine who attended Wake and after that I knew that was the place for me,” reflects Tennille.

Tennille initially selected business as her major before going back to her artistic roots. “I took an accounting class the summer after my freshman year because I knew it was going to be really hard. I did OK in it but knew then that it wasn’t going to be the path for me. I had spoken to a good friend of mine about the printmaking class because her cousin was the teacher. I changed gears and earned my bachelor of arts degree in fine and studio art. I also minored in communications,” explains Tennille.

Tennille’s class choices at Wake Forest were very instrumental in big life decisions including whom she would marry. “I met my husband, Andy, when I was running late for the first day of my British literature class at the beginning of my sophomore year. There was only one seat available in the room and it was next to him,” says Tennille. “After that fateful class the rest was history.”

After Tennille graduated from Wake Forest, she completed a paid internship with the Reynolda House in their public relations department for a year. Subsequently, Tennille was hired as a full-time staff member. “During that time, Andy got the idea that we should move to San Francisco, California. I told him that he had to find a job there first and a place to live and then I would move. He did just that, and six months later I moved there as well,” remembers Tennille. She parlayed her background in the arts as the development manager for the Fine Arts Museum of San Francisco. She and Andy also got engaged and married in 2004. “I enjoyed managing the donor contributions for their annual fund and capital campaigns to help rebuild the de Young Museum,” says Tennille, which raised $190 million.

Around 2008 Andy and Mary Craig talked about moving back home to the Winston-Salem area. “I had gotten the director of major donor and professional giving position at the Arts Council of Winston-Salem and Forsyth County. I stayed in the position for several years and enjoyed cultivating and soliciting major donor prospects, managing more than 150 workplace fundraising campaigns including a capital project on the Sawtooth building downtown,” explains Tennille.

Tennille’s experience with fundraising and relationship building made her next step as vice president of advancement at Excalibur Direct Marketing a natural one. “They had historically been a mail house, but I was working on growing the division of non-profit clients and services with copywriting, creative and full solicitation management. Also, during that time, Andy and I had our first daughter Olivia in 2011,” says Tennille. “Learning to balance motherhood and my career was a bit of a learning curve,” explains Tennille, who simultaneously completed the Leadership Winston-Salem program during that time. Tennille’s efforts were recognized by the Triad Business Journal as one of the top 40 under 40 professionals.

Four years later they welcomed, son, Cy in 2015. “I realized when Cy was born that professionally I needed to find a position where I could be in a work environment that balanced a job and family. As luck would have it, Summit School had an opening in their development office, and it’s been a game changer. To be able to be on the same schedule as my kids and get to see them throughout the day I feel very fortunate. As an alumna, parent, and staff member I really get to see the many sides of what makes Summit so great. Especially during COVID-19, seeing how Summit has adapted to make it possible for the kids to be in person and thriving has been incredible. It’s a special place,” notes Tennille.

Tennille appreciates the importance of adaptation in another professional venture that has impacted her family during COVID-19. Mary Craig and Andy had opened the Ramkat three years ago with two other business partners. Unfortunately, when COVID-19 hit, they had to suspend their shows for 13 months. “We had been so excited to open up a music entertainment venue in the Industry Hill District which appealed to all audiences and age groups. The Ramkat holds up to 1,000 people, and we had been so excited to bring all different genres and interests to the community. We were able to start back slowly in April 2021 with shows that adhered to all of the CDC guidelines and protocols. We had four shows this past summer and are looking forward to artists like Todd Snider and Buddy Guy coming to town this fall,” says Tennille.

Tennille’s passion for finding ways to continue the arts tradition of her community remains important to her. “I think with the Ramkat it’s a great opportunity for local artists to be appreciated,” Tennille mentions. Tennille also has kept her ties to the Reynolda House and is currently an active board member. “It’s neat to see how the place I grew up has evolved so much and there are so many things to do where we live,” says Tennille.

Couriering Clemmons — This week in 1984