The Little Theatre of Winston-Salem to present ‘Sylvia’ 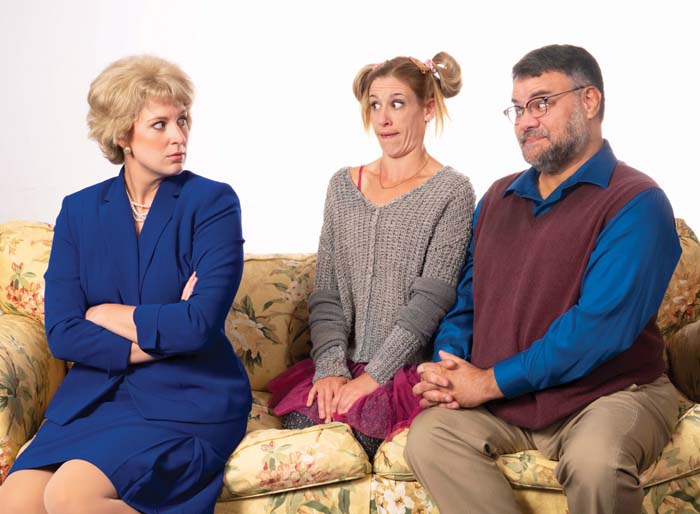 The Little Theatre of Winston-Salem will present “Sylvia,” a comedy by A. R. Gurney, on Friday, Sept. 10, at the Hanesbrands Theatre, 209 N. Spruce Street in Winston-Salem. Additional performances will be held Sept. 11-12 and 16-19. Thursday, Friday and Saturday performances are at 7:30 p.m., Sunday matinees are at 2 p.m. Tickets range from $14-26 for adults (plus taxes/fees), with discounts for students, seniors and groups of 10 or more. Tickets are available online and the box office is open for phone sales Mondays, Wednesdays and Fridays from noon-4 p.m. Call 336-725-4001 for tickets or purchase them online at www.LTofWS.org.

Financial trader Greg finds a winsome, street-smart stray in New York’s Central Park, bearing only the name “Sylvia” on her collar. As a harmless antidote to a midlife crisis, he brings the dog home, where she promptly becomes a bone of contention in Greg and his wife Kate’s marriage. Can a dog become a couple’s best friend? This smart, silly, and sophisticated comedy shines a heartwarming light on relationships, nature and growing older.

“I’ve always thought that the best comedies can make you roll with laughter one minute and then have you wiping away tears the next. I think that this play does that,” said Director Nick Zayas. “Humans have been enamored with dogs for thousands of years. Sylvia is a tricky role to play because I really think the optimism and seemingly endless supply of affection that people seem to connect with in their pets has to be there, or else it will just be a farcical portrait of a human acting like a dog. Britt Stone does a phenomenal job of balancing the physical embodiment of those animal impulses with the real emotion, pathos and sweetness that people will recognize from their own experiences with dogs.”

The role of Sylvia originated with Sarah Jessica Parker Off-Broadway in 1995; Stephanie Zimbalist and Cathy Rigby headlined the role in Los Angeles productions. In the 2015 Broadway production, Annaleigh Ashford appeared as Sylvia opposite Matthew Broderick, who played the role of Greg.

“Sylvia” will be directed by Nick Zayas. Daniel Alvarez will design the set, with lighting design by Jason Irons. Kyle Brady will design costumes. Melissa Peller will stage manage the production, assisted by Lynn Hall. The cast is as follows:

“It’s a heartwarming show for anyone,” continued Zayas, “but especially anyone who has ever loved a pet.” During the run of “Sylvia,” The Little Theatre will be partnering with Forsyth Humane Society (FHS). LTWS patrons and volunteers who wish to make an impact in the lives of local shelter pets are encouraged to donate FHS Wish List items by bringing them to the show or by shopping their Amazon or Chewy wish lists at forsythhumane.org/wishlist/.

An opening night reception, with complimentary hors d’oeuvres and wine, will be held on Friday, Sept. 10, beginning at 6:30 p.m. “Sylvia” runs approximately two hours long, including one 15-minute intermission. This comedy is recommended for ages 15 and up due to strong language and adult themes.

The Arts Council of Winston-Salem/Forsyth County requires proof of COVID-19 vaccination or a negative PCR lab test result from 48 hours prior to the scheduled event you wish to attend in order to enter their venues (this includes the Hanesbrands Theatre). A mask is also required while inside the building, per the City of Winston-Salem.

For further information and tickets, go to LTofWS.org.

Couriering Clemmons — This week in 2011