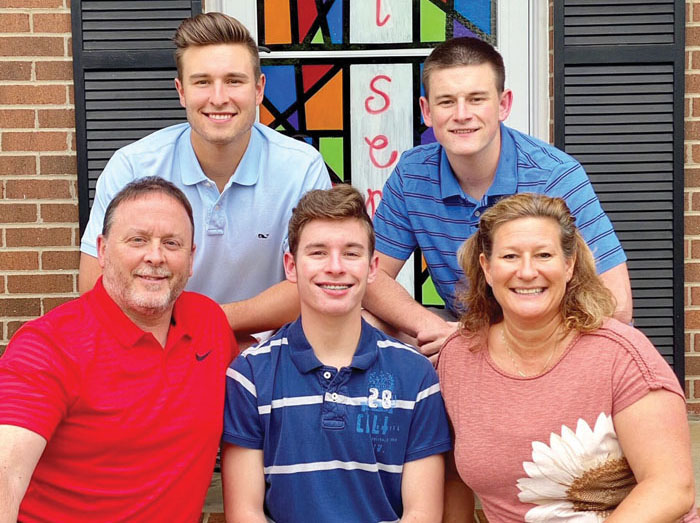 Brett Kerry has called Clemmons home for most of his young life. As the oldest of his siblings, Kerry and his two younger brothers played sports as early as they could remember. “My parents had me in organized sports when I was old enough to walk, and I loved having teammates and the friendships that formed,” says Kerry. “I started playing travel baseball when I was 12 years old and got very serious with the sport when I was 16 years old.”

Around the time that Kerry was committing more time to baseball he transferred from West Forsyth High School to Wesleyan Christian Academy in High Point. “Scott Davis was my coach at Wesleyan, and he was a really great guy and helped me a lot,” recounts Kerry. His baseball ability was recognized by several colleges, and he chose to go to the University of South Carolina in Columbia. Kerry, the All-American in both D-I baseball, and the National College Baseball Writer’s Association played for the Gamecocks for three years before being selected by the Los Angeles Angels last month. 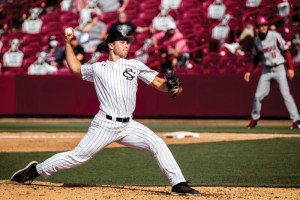 Brett Kerry, of Clemmons, was drafted by the Los Angeles Angels and is headed to Arizona to begin training camp with the Inland Empire 66ers, the Angels’ Low-A affiliate team

“It was a pretty exciting decision,” reflects Kerry. “If you can get drafted your junior year, that’s the first year that you’re eligible to do so. I know I’ll go back to college and finish my degree eventually, but I was excited to take this opportunity.” The right-handed pitcher headed to Arizona to begin training camp with the Inland Empire 66ers, the Angels’ Low-A affiliate team. “The heat was sometimes around 110 degrees Fahrenheit so, I was glad when we got out to San Bernardino, California,” notes Kerry. “We have six games a week, Tuesday through Sunday and Monday is usually our off day. Right now, I’m a starter, so I pitch usually at the Wednesday games. The rest of the games I spend working on recovery, arm care, and watching the games.”

While Kerry is grateful for his hard work paying off, he finds that missing his family and being far from home can be a challenge at times. “I really miss my parents and brothers, and my girlfriend of 4½ years, Lilly. That is the one thing that’s really difficult, being so far away from them. They have all been very supportive of me,” says a grateful Kerry.

As Kerry continues to devote his time and energy to fulfilling his dream, he embodies the words of Derek Jeter. “The last thing that you want to do is finish playing and doing anything and wish you would have worked harder.” Kerry reflects, “My dream would be to play in the Major League for the Angels one day.”