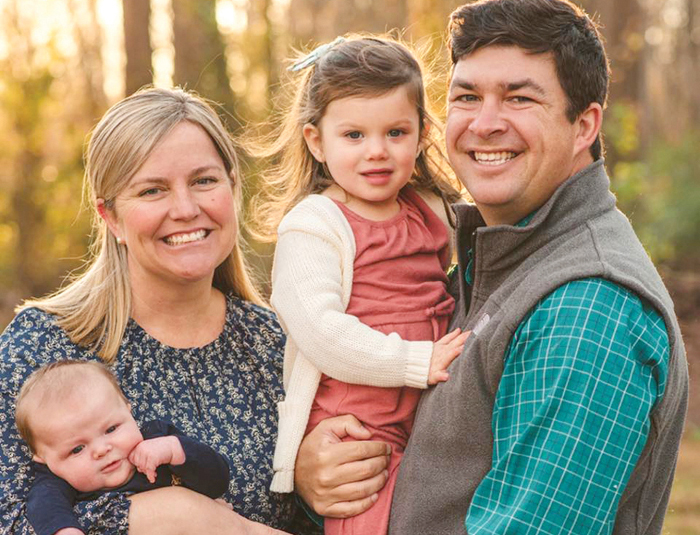 Patrick Bridges grew up in Rutherfordton and loved that from an early age everything he did was active and outside. “My childhood consisted of playing nonstop with my neighborhood friends. We would play tag, basketball, baseball, football, soccer, and just run around together. It’s something that I valued and enjoyed so much and was such a benefit to my overall health,” recalls Bridges.

Bridges continued to play sports during high school. “I played soccer, basketball and baseball,” notes Bridges. “I tried football as a kicker for a month, but realized it wasn’t really something I enjoyed as much as the other sports.” Bridges did realize his love for soccer was something he wanted to pursue at the next level. “I chose Anderson University in Anderson, S.C. It seemed like a great choice for many reasons. I appreciated the smaller school setting and had a very supportive community in terms of the soccer program and all of us being very close. If you did want to experience a bigger school, Clemson was just 15 minutes down the road,” notes Bridges. “I really was excited to continue playing in college,” mentions Bridges, who always had a love for playing forward and scoring goals. “I had a very influential coach from early on, Rich Dominguez, who I still call ‘Coach’ every time I see him. He inspired me to continue playing and improving,” says Bridges. “Having a coach that you look up to like I have always him teaches you so many life lessons as a soccer player and as a person. I could go on and on about what he taught me for days because he’s about as flawless of a human being I have ever met.”

The college athlete spent his time at Anderson playing his favorite sport and studying psychology. “During the summers, I would go back home to Rutherfordton and coach soccer camps during the summer. It was a fun way to make money and I realized how much I enjoyed working with kids in a teaching environment,” recalls Bridges. As Bridges completed his degree at Anderson, he considered his career path, and decided to move home. “I began coaching as an assistant with Coach Dominguez. I helped him with training his players, and also was still able to play a bit and keep my fitness up,” remembers Bridges.

After Bridges’ initial position, he started getting connected with different people in the soccer world. “I was offered a job with a club in Hickory and continued to build and grow on each one subsequently. In soccer, you are getting licenses and certifications, and I was able to network through a couple of coaching courses to get offered positions that helped me build a good foundation and find new opportunities,” explains Bridges.

Bridges now has 15 years of coaching under his belt and is serving as the director for the N.C. Fusion Junior Academy program. “What I love about N.C. Fusion is that we can find a spot for any kid at any age and level. All those years that I loved playing outside climbing trees, playing tag, and many sports I still try and encourage those different dynamic movements in our practices and programs. The cool thing about N.C. Fusion is now various sports are offered so kids have the abilities to try new things that they might enjoy which I found as a huge benefit as a kid,” says Bridges.

Bridges was fortunate to work for N.C. Fusion personally as well. “I met my future wife, Sarah, while in the program. We laugh about it now, but we couldn’t stand each other when we first met because we each thought the other was arrogant and obnoxious,” remembers Bridges. “It took us about two or three months to realize we were wrong about each other, and when we were left to a project that required us to spend some time together, we realized how much more we had in common than we had originally thought. It was about my third or fourth year into being at N.C. Fusion that we started dating and eventually got married in 2015. She is truly my better half, and she makes everything that she does for our family and in life in general look so graceful and easy,” says Bridges. “Especially when we welcomed our first child, Blythe, in 2018. Sarah has been an amazing mom, and the experience of parenthood is so surreal. I am such a softy and became so protective the minute Blythe was born. It really teaches you so much about yourself and your surroundings. Even with preparing for work, I am always thinking, if this was my child, is this what I would want my child’s coach to do or emphasize,” reflects Bridges. Sarah and Patrick welcomed their second child, Hudson, in 2020. “We’ve found a good balancing act in our house now with two kids. And we’re enjoying lots of firsts, like Blythe going to school and playing soccer herself now. Seeing the world through your children’s eyes and them exploring is such a humbling and rewarding experience,” says Bridges.