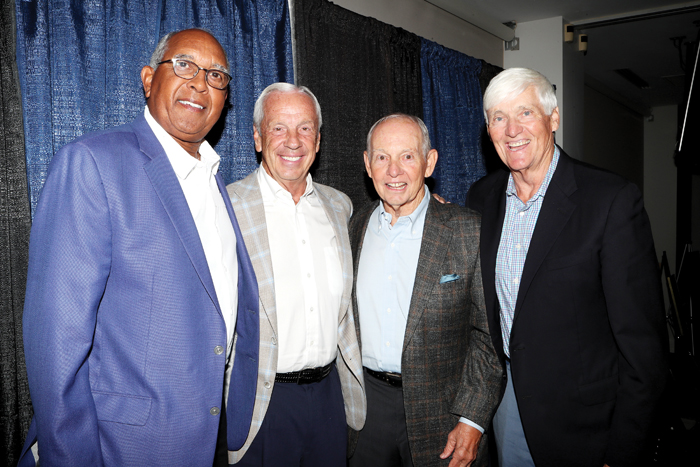 The coaches shared funny stories about Odom and each other. Bodden, winner of NBC’s Last Comic Standing, had the coaches laughing so hard that they could not talk. The evening also included a video of Odom playing tennis as Bjorn Borg, Jimmy Connors and John McEnroe. Impressionist Gossett sang “My Way” with the final line being that Odom did it “Lynn’s Way.” Mike Foster of the Winston-Salem Street School shared how the school changes students’ lives.

Executive Director of the National Sports Media Association Dave Goren presented Odom with a Lifetime Achievement Award and Good Guy way from his association to honor Odom’s great relationship with the sports media during his coaching career. The event was held at Bridger Field House and was sold out. Rotary Club President Anant Venkataraman said, “We wanted to do a high-profile event to engage our community in supporting programs for the Winston-Salem Street School. This event generated money, TV and social media visibility for the school and has encourage other people to volunteer and donate to the Street School. This is Rotary in action.”