Bless Your Spoon: Musings on fruitcake

Just say the word “fruitcake” and lots of people will gag.  It’s really an obscure title. Google for information, and you will find it spelled “fruitcake” and “fruit cake.” One word or two? I guess it doesn’t matter. It gets a lot of bad press. The media says it’s terrible, so you believe it.  Another example of fraud.

However, I have a recipe from many years ago that is so easy and so delicious that I think you’ll change your mind. There’s no baking, so your oven can rest, and you can save energy and time.

Then stir in one-quarter cup of cooking oil and one-third cup of more orange juice. Next, add ground cloves and cinnamon. The original recipe called for a teaspoon of each (more about that in a minute). Adjust to your preferred taste for spices. Add 1 cup candied fruit. (Wonder why that’s not available year-round? I guess the candied fruit tree only produces in December.) Add 1 cup raisins. Stir some more.

Line a loaf pan with a long piece of wax paper. Dump the mixture into the pan and press into the corners and flatten the top. Wrap the wax paper around the top. Put foil around the top of the pan and place in the refrigerator where it’ll stay until you need to serve some to guests or sneak a piece at night.

I think you’ll enjoy this and change your biased mind about fruitcake.

I married in early October years ago. Two months later, I wanted to make my husband one of these, so I put all my ingredients in a big bowl and was all through but stirring everything up. I took the bowl into the living room to show him and took an extra spoon so that he could taste it. I dipped out melted marshmallows and got some of the graham crackers also. He put it in his mouth and jumped up and went running to the kitchen sink. He put his head under the running water to rinse out his mouth. I had dipped into the unstirred spices, and they were really strong. I thought he was teasing me at first, but then realized I’d burned him up. I still laugh thinking about that. It was not intentional. After his mouth healed, he actually enjoyed this special Christmas dessert.

In a saucepan, melt marshmallows in the juice or microwave for 2 minutes. Crumble graham crackers and add to the marshmallow mixture. Add oil, juice, cloves, cinnamon and nutmeg. Mix well. Fold in candied fruit and raisins/nuts. Mix well. Press into loaf pan lined with waxed paper. Cover. Store in refrigerator.

For Love of Fruitcake

If I hadn’t tried it — I might not have believed it. That is, just how good fruitcake could be. I had never been a fan.

The year was mid-1980s, at Christmastime, when I was standing in line for the cashier at a food wholesaler off Stratford Road in Winston Salem. In my hand, I held a small, plastic-wrapped, fruit cake — there’s no way I’d buy a big one without tasting it first. Even though I was skeptical, Christmas wouldn’t be Christmas without a few slices of the fruit-filled confection on my dessert table, right?

When I reached the cashier, I asked, “Do you know if this fruitcake’s any good?”

From the back of the line, some lady spoke up, “You want to know where you’ll find the best fruitcake you’ve ever tasted?

Why, yes — please do tell.  She went on to say that the most delicious fruit cake could be found right here in North Carolina — and close by, too. I scribbled down all the info. After returning home, I dialed directory assistance for a phone number. Then I ordered my first fruitcake to be shipped.

When the fruity cake arrived, I couldn’t wait to cut a slice from the dark, moist and nutty loaf. From the moment of my initial taste — I transformed into a fan of fruitcake for the first time in my life — and have remained one ever since. These people seriously know their stuff — dates, golden raisins, candied pineapple and cherries, and two nuts — loads of nuts.

Down past Asheboro in a little place called Bear Creek is a showroom dedicated to the Southern Supreme Fruitcake and more. It was here where I discovered the secret to not just good — but delicious fruitcake.

From a meager start in her daughter’s garage, Berta Lou Philips Scott, along with family and friends, has built an empire on a simple concept — a flavorful combination of fruit and nuts that’s like no other. Berta finagled an old recipe just the way she wanted to — concocting the perfect combination of ingredients. The very thing most people don’t like about fruitcake — that weird combo of spices and fruit flavors — Berta Lou took artistic liberty and modified. A culinary artist — she achieved a custom blend of her favorites. She removed those fruits that didn’t combine well — and added a load of delicious nutty flavor to the mix.

Little did I know it way back when — but folks travel from near and far to the small, rural township of Bear Creek to buy fruitcakes — and when people can’t drive there — a throng of fruitcake orders flood in online from all corners of the United States. Now expanded with additional confections such as cookies, candies and cheese florets — a visit to their showroom never fails to thrill and is my favorite short, holiday road trip.

Today’s recipes include a vintage eggnog sauce that’s divine over fruity cake slices — along with a few fruitcake recipes that feature unique combinations of sugars, fruits and nuts. I included a recipe that’s similar to the method Southern Supreme uses — bake, stir after baking and repeat. The original fruitcake recipe — your guess is as good as mine. It’s a secret.

So use your imagination — follow a recipe or concoct your own much-loved personal fruitcake by using the measurements but substituting your favorite nuts and fruits — just the way Berta Lou did.

In a mixer bowl, cream butter and sugar. Add eggs one at a time beating thoroughly after each addition. In a bowl, sift flour, baking powder, and salt. Take ½ cup of flour mixture and mix with pecans and fruit. Turn until well coated with flour. Add remaining flour mixture to egg mixture and mix well. Then fold in flour-coated pecans and fruit until well mixed. Pour batter into 9-inch square, greased, baking pan or a loaf pan. Bake in a 325-degree oven for 30-35 minutes. Cut into squares or slice if in a loaf pan. After baking, for the glaze, in a bowl, combine powdered sugar with water. Whisk until smooth. Brush over top of warm fruit cake with a pastry brush. Cool.

Heat oven to 375-degrees. Grease a large pan. Cream butter and sugar until light and fluffy. Add eggs one at a time and beat well. Add flour, spice and extracts. Beat well. Add your favorite combinations of fruit and nuts until combined. Pour into greased pan and put in the oven. After it has cooked 15 minutes, take it out of the oven and stir. Do this 3 times. After the third time, have a tube cake pan greased and lined with brown paper. Pack cake in it and bake 15 minutes more. Let stand in pan about 15 minutes before turning out to cool on a wire rack.

In a mixer bowl, cream butter and sugar until light and fluffy. Add eggs, one at a time, beating thoroughly with each addition. Add flour, soda, salt and cinnamon to mixture. Mix well. fold in dates, pecans, pineapple and cherries. Mix well. Drop dough by heaping teaspoon, 2 inches apart, onto a greased cookie sheet. Bake in a 375-degree oven for 13 minutes or until browned. Cool 1 minute and place on a cooling rack.

In a mixer bowl, cream butter and sugar, beating until light and fluffy. Add eggs, one at a time, beating well after each addition. Add flour, soda, and spices (optional) with milk and bourbon. Fold in fruit and pecans. Mix well. Drop dough by teaspoon, 2 inches apart, on a greased baking sheet. Bake in a 250-degree oven for 15-20 minutes or until brown. Cool on wire rack.

In a mixer bowl, cream butter and sugar until light and fluffy. Add molasses, rum and water. Mix well. Add flour, soda, salt, and spices to creamed mixture. Mix well. Fold in pecans and candied fruit. Mix well. Refrigerate for 3 hours. On a lightly floured surface, roll dough to ¼-inch thickness. Cut with a 2 ½-inch round cookie cutter. Bake on an ungreased cookie sheet, 2-inches apart, in a 350-degree oven for 10 minutes. Remove to wire rack to cool. 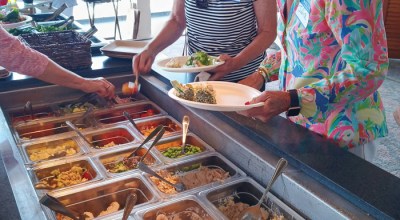 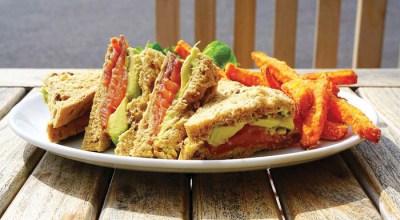 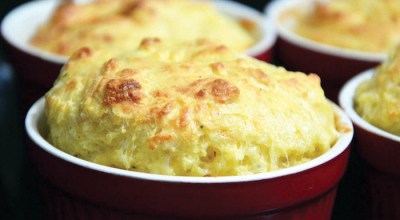 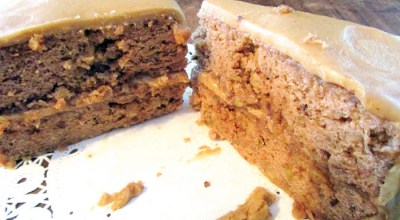 Bless Your Spoon: Cooking and baking with a cozy…